RUSH: I want to get to these sound bites from Mandy Patinkin. That’s how you pronounce his name, it’s not Patinkin, it’s spelled Patinkin, but it’s pronounced Patinkin, and he’s a good performer, he’s been an actor in a number of things. I first became aware of him at some point in the nineties. I didn’t know he was an actor. I thought he was a singer, a clothes designer, or maybe I’m confusing him with somebody. I might be confusing him with… I haven’t the slightest idea. Anyway, he plays Saul Berenson on Homeland.

Do you watch Homeland, Dawn? Do you like Saul Berenson? I can’t watch this show anymore after this. These guys open their mouths and they just blow everything they’re trying to do in they’re jobs. Just listen to this. He was on Charlie Rose last night. He was interviewing Mandy Patinkin about American foreign policy. The guy is an actor! He pretends to be a CIA agent, pretends to be. He’s in a show that is written by a couple of writers and producers. One of them is Howard Gordon from the old “24” days and his partner, Alex Gansa. So Charlie Rose, wanting to get to the bottom, you understand here, of American foreign policy, let’s go talk to an actor who plays a CIA agent on TV. Charlie Rose says, “What has Saul Berenson, your character on Homeland, taught you?” All right, folks, buckle up, because here we go.

PATINKIN: Saul Berenson taught me. Saul Berenson believes that this kind of inhumanity toward man will one day stop. And you can say to me, “Well, Mandy, that’s naive, it’s never stopped since the beginning of time.” So I’m supposed to stop hoping for it?

RUSH: Saul Berenson doesn’t exist. Saul Berenson is make believe. Saul Berenson is a character created out of somebody’s imagination. And here is a Hollywood actor admitting that a figment of someone’s imagination is teaching him things about going to Greece and I guess he’s talking about the refugees here, ’cause, see, this is what you do if you’re in the Drive-By Media. You go find an actor who plays a CIA agent on a television show and you ask them about American foreign policy when it comes to refugees and immigration, ’cause the guy knows it, he’s a CIA agent. Well, he’s an actor who plays a CIA agent.

I know this is not a new phenomenon. You had Jessica Lange and Jane Fonda once get called before a Senate committee on agricultural problems because they played farm wives in a movie about the Dust Bowl. DiCaprio, this guy’s testifying before Congress on global warming because he’s been in a couple of movies, Titanic, and he sort of slavishly idolizes Algore. Something weird going on there, too, but I don’t want to go any farther than that. Wait, no, no, there’s two more here. So Charlie Rose says, “What has Saul Berenson taught you on Homeland?” And Berenson actually continues with the lesson.

PATINKIN: Saul Berenson was captured by a terrorist. Saul Berenson was going to be traded for four or five known terrorists. Saul Berenson rather wanted to take his own life, kill me before you let someone else go out there and hurt someone. I woke up just as we finished shooting and I wrote this like one and a half page feeling that Saul had. It was very dark, very angry, very revengeful. The polar opposite of what I’ve been saying. I wanted to just annihilate all these people that are doing harm, but also including, you know, a number of other people like the Dick Cheneys and the Donald Rumsfelds, you know, and a number of other people, too, not just known terrorists, but people who don’t do good.

RUSH: So he learned from portraying Saul Berenson on Homeland that Dick Cheney and Rumsfeld are just like the terrorists. He learned this playing a character entirely made up out of somebody’s figment of their imagination, words entirely manufactured. There is no basis in reality. Saul Berenson does not have a Social Security number. Saul Berenson does not exist. But in Mandy Patinkin’s head he does, and in Mandy Patinkin’s head there are all kinds of life lessons he’s learning pretending to be this guy, and that’s why people think actors, you know, sometimes they’re not all there.

So he’s an expert, he’s an expert on terrorism. (imitating Patinkin) “Yeah, yeah, the character, I wanted to kill myself, the character, I wanted to kill myself to prevent other people from dying, and that taught me what a bunch of mean guys Cheney and Rumsfeld were.” And here’s the next one about Ted Cruz. This is Saul Berenson, slash, Mandy Patinkin from Homeland analyzing Ted Cruz.

PATINKIN: Ted Cruz running for president. He loves a movie that I was privileged to be a part of the called The Princess Bride. He quotes lines from this wonderful movie. Ted Cruz says, “We need to go on a war footing. We need a war president in this country.” I couldn’t disagree more. I want to protect everyone in the world, and I believe the way to protect them is to stop the killing universally. Create opportunity and better systems of living and existing, quality of life to humanity all over the world. I say to Ted Cruz, if you quote all these lines from The Princess Bride, why do you leave one line out? Ask Senator Cruz to look at that line and deeply consider it and learn it and quote it. And the line that Inigo says is, “I have been in the revenge business so long, now that it’s over, I do not know what to do with the rest of my life.”

RUSH: You see why we’re so screwed up? Movies and characters in movies have become life lessons for people, including the actors portraying them. So Cruz is not allowed to take whatever he takes from The Princess Bride, but Mandy Patinkin is allowed to tell Ted Cruz he doesn’t know what he’s talking about when he takes something out of The Princess Bride. Right after Mandy Patinkin tells us what all he learned from the character he played on Homeland. And how about this? “I want to protect everyone in the world, and I believe the way to protect ’em is to stop killing University, create opportunity.” This guy obviously thinks the United States is the problem in the world, and so does Obama. And this is the problem.

These people think we are causing all this killing because of the reckless nature of our policies. How else do you end up blaming Cheney and Rumsfeld. So it’s not that the tyrants and dictators and mass murderers out there are responsible for what they’re doing. It’s our fault. Furthermore, it’s our responsibility to make them stop, and it’s our responsibility to bring universal love, and then when we go out and try to make ’em stop, these very same people tell us we’re not the world’s policemen and to get the hell out of there. I tell you, they are psychosomatic, pathological, whatever it is. And, of course, the low-information crowd lives and dies on every word they say. 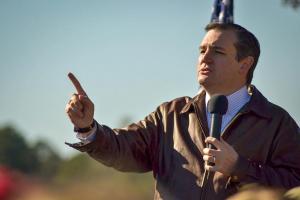 RUSH: Speaking of Mandy Patinkin. This is really cool, folks. Mandy Patinkin, we just heard him go on on how he hates the killing and what Saul Berenson has taught him about love and acceptance and tolerance. Well, Saul Berenson mass murdered a fellow CIA agent who was a traitorous Russian agent. (interruption) It was his girlfriend, right, but she was just faking it in order to get close. She never really loved him. She just was pretending to, and he fell for it. So he arranged for her to be put in the trunk of a car in a scene right out of Goodfellas. They just shot the car up, and she’s dead. Saul Berenson did that. Saul Berenson, a man of love and tolerance who wants to go to Greece and hug everybody, literally participated in the murder of his ex-girlfriend, a CIA agent working with the Russians. No wonder the guy is conflicted.

RUSH: Now, I gotta tell you about Homeland and Mandy Patinkin. After the first season, I called Howard Gordon, who adapted the program, created it with Alex Gansa. You know, I liked everybody in it, and I said, “Howard, please don’t tell me that Claire Danes is a raging leftist lunatic, please.” He said, “Don’t worry about it Rush, she doesn’t sleep with a Che Guevara T-shirt on.” I said, “Well, cool, okay.”

But man, this Mandy Patinkin stuff, I just wish these people would be quiet. Like do you watch The Affair? Do any of you in there watch The Affair, any of you watch that show? It’s on Showtime. It follows Homeland. Homeland’s at nine, The Affair’s at ten o’clock, got some good people in it. Dominic West who was in The Wire and a great British show called The Hour which was a story about their version of 60 Minutes on the BBC. They kind of got off track the latter half of their second season here, but you ever had an affair? Anybody in there ever had an affair? Brian, Dawn, you ever had an affair? Snerdley? (laughing) If you haven’t and you watch this, you’ll never do it. (laughing) You wouldn’t get close to it. If you had been tempted, this program would talk you out of it.

RUSH: Poor old Mandy Patinkin, and a lot of other people. But he was talking about all these things that are happening, revenge and we’ve gotta stop with the revenge. You know, revenge doesn’t get anybody anywhere. Can I be honest with you about, say ISIS, or any other jihadist Islamic organization. It’s not about revenge. You might think it is because they’re out dealing with who they consider to be infidels. But the reason they’re such a threat and need to be taken seriously is that militant Islam, jihad, ISIS, Al-Qaeda, you name it, they are conquerors, folks. They’re not getting even with anybody for mistreatment or what have you.

It might be politically correct to say, somebody like Obama might try to justify what they’re doing based on the Crusades, which he constantly does, but it has nothing to do with this. They are conquerors. Islam is a conquest ideology. Not even a religion. And this is one of these things, if people aren’t even willing to admit what we’re up against, there’s no way we’re ever going to come to a fabled consensus in dealing with it.

And then, furthermore, if we’re gonna protect it by enshrouding it with political correctness, then we are only dooming ourselves. And there are many of us who recognize all of this and remain dumbfounded that so many others fail to see it. And their failure to see it is putting us all at risk. It really isn’t any more complicated than that. But we have a president who grew up in Madrases and was educated in Madrases and has a different opinion. The morning call to prayer is among the most beautiful sounds in the world. So it’s a challenge. But it’s conquest, folks. It isn’t revenge. It’s not trying to get even with people for what they’ve done in the past. It’s trying to eliminate what and who are considered to be nonbelievers.