What I Pondered While I Was Away

RUSH: I try to avoid getting too deep or heavy on this program, but I had a lot of free time over the last 10 days or so, just to sit around and think as things came to my mind and ponder various things that just jumped in and jumped out of my mind. I didn’t purposely focus on anything. I just reacted to whatever thoughts that I had that might have been stimulated by things I was reading.

I didn’t watch much television while I was gone.

You look at this countdown clock and Algore and the environmental left and their predictions of apocalyptic doom for the planet and humanity, and see nothing’s happened. And then you look at how they choose to deal with it such as that worthless conference in Paris where they put on this giant show. Nothing binding comes out of it, and yet big to-dos were made about it. And then I’m watching various other things happen with reactions in the adult world to various things, some of them cultural, some of them political. And it really has struck me that…

And this is nothing new, by the way, and nothing I haven’t spoken about before. But there just don’t seem to be too many adults around anymore. It seems like everybody, adults… Where you would expect people to reside with maturity and common sense in positions of some power that could defend and protect attacks on institutions — such as university presidents, just to give you an example — it doesn’t seem to be that there are very many of those people actually left, in Western nations. Not just ours, but in the UK. Any number of Western Civilization-oriented countries.

And it just strikes me that there’s no “there” there anymore. There’s no basis, there’s no foundation, there’s no bottom line. It seems like we’re in a free-for-all when it comes to any kind of values you want to talk about: Cultural, political, pop culture, you name it. And all of it, when you examine it, explains why the Trump phenomenon is happening. He’s the one guy speaking out against all of this in a consistent way, this decline. Look, when I say Trump, there are others, too. I don’t mean to single him out.

But he’s leading in the presidential polls right now, and I’m just trying to offer an explanation, a substantive reason why. I don’t think it’s related to celebrity. It’s a factor, but I think that there’s a sizable percentage of people in this country that are frightened, scared at the lack of values, the lack of anything solid to depend on. When a downward spiral happens, there’s nothing to put the brakes on it. There’s nothing to stop it. Everything just keeps descending with very little end in sight. And nobody in the political culture is talking about it.

They’re just running along like it’s an average, ordinary day each and every day. I’ll give you a little example. I was thinking of something else. I don’t remember what it was that jogged this thought. But it occurred to me what a pointless exercise it is to collect taxes. Now, don’t misunderstand. I’m not advocating anything here. But we’re $20 trillion in debt. Our budget deficits are just out of control. And the entire political class… Democrats are the worst offenders, but looking at this latest budget deal you can’t exempt the Republicans.

None of those things matter in the budgeting process.

I know baseline budgeting is not a new thing here. We’ve explained it countless times over the years. But there doesn’t seem to be even any relationship to how much money is collected in taxes and whatever other sources of income the government has compared to what is spent. We announce half a million over here, two trillion over there, a half million over here, with no thought to being able to pay for it. I was thinking, “What’s the point of collecting taxes? It doesn’t seem to matter.”

Tax collection seems to exist only as a way to keep people in line, but it certainly has nothing to do with the budgeting process in this country. If it did, we wouldn’t have annual deficits like we do. We wouldn’t have a $20 trillion national debt, if it mattered, if the amount of money we spent was predicated and based on how much money we’ve got. And the government doesn’t have a dime until they take it from somebody else via fees, taxes, you name it. So over here we have taxes, all forms. We have collections, all forms. 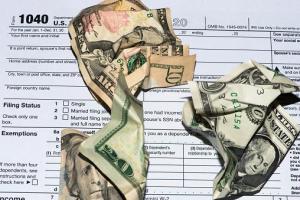 That produces X-amount of money, and that money is not related to how much we spend in any way, shape, manner, or form except as to calculate the deficit every year. But big whoop. We calculate it, it’s out of sight, it’s astronomical, the national debt continues to expand, and in the political class, nobody seems to care one whit about it. Now, to me, that can only happen with a total loss of values that have, as their primary objective, responsibility. So the people who are elected to have positions of power in this country are exhibiting no responsibility whatsoever.

When you’re $20 trillion in debt, I mean, the idea of being able to repay that is out the window. We’re getting close to the point where servicing that kind of debt is gonna become difficult to do, but that doesn’t stop anybody. There’s nothing — there’s no level of irresponsibility — that puts the brakes on any of it. And none of it affects the people that live in Washington. They’re doing just fine. They’re living off of what they’re spending.

Washington is where the Treasury is. Washington’s where all the money ends up before it then gets redistributed. Everybody there has got their hands in that pile one way or the other. And growing that pile, which is created by spending, not by collections, which goes to show you how rigged and artificial it is. Anyway, it’s just one of the things that I was pondering, and then it goes deeper than that. Which I will, of course, explain further as the program unfolds before your very eyes and ears.

RUSH: Back to the phones we go and to my hometown, Cape Girardeau, Missouri, which remains dry because of a wall keeping the flooding Mississippi River waters out of downtown. This is Steve. It’s great to have you on the program. Hi.

CALLER: Hi, Rush. Thank you so much.

CALLER: I was wondering if the FBI investigation of Hillary’s e-mails was ongoing, ’cause I haven’t heard much. Do you think there’s any possibility of her campaign being derailed by an indictment?

RUSH: No. Even if there’s grounds for one, it isn’t gonna happen, ’cause there’s no Democrat to fall back on. It’s a Democrat administration. The only way that’d happen is if Obama wants the Republicans to win for some reason. The only reason I could think that Obama’d want the Republicans to win is if he knows the things he’s done are gonna cause so much hell and damnation that he doesn’t want a Democrat in office while it happens. In other words, have a Republican there when everything falls apart. I can’t think of a reason…

Maybe one other thing: A personal reason, that he’s got some animus for Hillary and, you know, wants to lead her on and make her think he’s not gonna indict her then all of a sudden pulls the rug out from under her because some personal thing they got going on. I guess anything’s possible. What is…? The FBI and the Justice Department apparently are at odds. I’m not sure I’m up to speed on this with who the players are, because there’s an investigative agency that thinks they got the goods and other agency is saying, “Screw it! Don’t use it. Let it go. We’re not interested.”

I don’t doubt that Hillary Clinton is vulnerable in a sane world. This is what I was talking about in the first hour. I don’t quite know how to say this, because I don’t believe that any point in the past was perfect. I don’t believe that there weren’t mistakes and there has never been corruption before, none of that. We’ve always had weak points. We’ve always had ne’er-do-wells and creeps. We’ve always had corruption. I understand all that. But there seemed always to be, in the past, some guardrails, a bottom at which however low it was, once you hit it, somebody stood up and said, “That’s enough.”

And there doesn’t seem to be any bottom anymore on this stuff. My point is that back when law enforcement had not been corrupted with politicization, which it clearly has been, what Hillary Clinton has done alone with that e-mail server would disqualify her. She would have already been indicted. She would have already have been named in an investigation. A grand jury or whatever would have been impaneled, or the US attorney would be engaging in whatever investigation. She has violated US national security. She violated all kinds of laws by having her own e-mail server.

It turns out now she’s not the only one. But the point now is that no matter… If you’re in the Democrat Party and if you are in power at the federal level, at a state level, you get away with anything. They’re not gonna call each other out. They are not gonna put the brakes on each other. They are not going to do anything that would endanger any one of them because of the effect it would have on the party. So, I mean, Mrs. Clinton should long ago have been disqualified from even being secretary of state, much less now running for president. 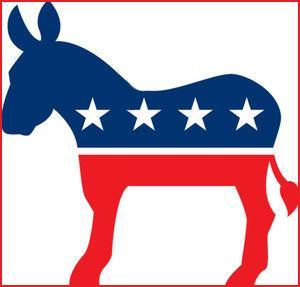 I guess anybody can run, if you meet the constitutional requirements. But my point is, I mean, they now found over a thousand e-mails that have now been found to violate the law on classified information, and not a thing is going to be done to her, it appears. Unless, as I say, somebody decides to pull the rug out from under her way down the line this year. But that wouldn’t be protecting the party. We’ll just have to wait and see.

RUSH: Look, the bottom line is that Hillary Clinton is of the belief that there’s nothing in this e-mail scandal that’s gonna come back and bite her. Obama has said that she didn’t do anything wrong. The FBI’s not gonna go after her after Obama says that. I mean, they may be going after her, but they’re not gonna do anything. They’ve already got 1200 e-mails that are classified. Doesn’t matter.