Why Does Hollywood Glorify Smoking and Gun Violence?

RUSH: Sandra in Atlanta. You’re up first as we hit the phones. I really, really appreciate your patience. And hello.

RUSH: No need to be nervous. I appreciate that.

CALLER: Thank you for all you do to broadcast truth to the American people. In the past few days I’ve been listening to, you know, Obama’s gun control legislation or actions —

CALLER: Okay. No legislation. Executive orders. Okay. So it seems to me that for boosting Obama’s gun control support, it occurred to me that he would get more traction if he would approach his Hollywood producer buddies to make no more movies with guns. I wonder how popular that would be. They could be the very ones to step up and set the standard for propagandizing the masses who watch their movies. Maybe it would help.

RUSH: You know, that’s an interesting thought. I would take it in a little different direction than you’re thinking. Let’s first look at smoking. We know that smoking is now universally opposed. People think that it’s filthy, rotten, dirty, and deadly. There is no pro-smoking lobby out there. Everybody hates it. Everybody’s been convinced it’s the worst, most rotten thing. Even e-cigarettes, which are nothing about water vapor! You can cause people to have a literal panic when they see one, okay?

Where, in our culture, is smoking portrayed in a positive, cool, sexy, exciting way? Movies. Everybody smokes in the movies. Everybody. It’s incredible, when you pay attention to a Hollywood movie or a TV show, the number of characters who smoke. Look at Mad Men. Now, that was a period show, but everybody smoked constantly. By the way, they used herbal cigarettes. They were props. I think. I mean, maybe some actually smoked. The point is, here’s Hollywood that obviously is very influential in the pop culture, promoting smoking.

Why do they do it? These are good liberals. These are good “progressives,” supposedly aware of public health, very conscious about it. They want everybody to be healthy, don’t want anybody to do anything to damage themselves. Why are they doing it? ‘Cause it looks sexy. It sounds sexy. The whole process of lighting a cigarette, zooming in on the flame of the lighter. The first wisps of smoke from the first puff. And then if it’s a woman, a shapely woman with the cigarette in her hand and she takes it away, it just it looks sexy. It looks cool.

It’s one of the allures of it. Now, you would think that if Hollywood was really serious about it, a bunch of liberals interested in public health, that they would not make any movies with anybody smoking. So what’s up? Why are they out there promoting it? They hate Big Tobacco. The left despises Big Tobacco, and there they are giving away advertising for cigarettes. Why? Why are they doing it? By the same token, look at all of the gun violence in movies today. And not only at the gun violence. This thing that’s on Netflix, Making a Murderer.

There is something that’s been going on in the movies for more than a generation. Subtly, the bad guys have become the heroes. The bad guys have become the good guys. The good guys, the cops? They’re the bad guys now. Not just law enforcement, but decent, moral people. The good guys, the characters that you end up liking and identifying with and rooting for, they’re bad guys in the movies. Goodfellas. Everybody loved what happened in Goodfellas. It was one of the bloodiest, goriest movies come down the pike. 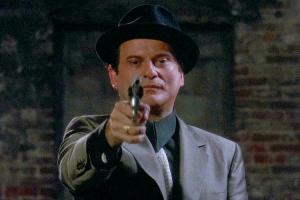 Every one of those characters murderous thug, using a gun. They were beloved. So if Hollywood wanted to get in on this and, say, discourage gun use, it seems they could do two things. They could make movies without guns, which would eliminate 90% of the movies made. Ninety percent of the movies made are dramatic, violent. You might have seen that they feature guns, so you have to make a movie with no gun. Or you could portray gun users as absolute scum. You could portray the most vile, despicable, hateful people in our country, if you wanted to influence people. Moviegoers.

If you wanted to try to influence them to either give up their guns or to drop their support of the NRA. But it is interesting, ’cause no matter where you look, smoking, guns, or any other of other things — free, wanton, anytime, anywhere sex, where it’s all okay, and where it’s all made sexy, and where it’s all made cool — is Hollywood. It’s populated by a bunch of liberals who claim to be supporters of the exact opposite of the kind of stuff that they put out, which leads to another question.

So if they did movies where they changed it around and made the people that use guns the hated, despised antagonists, would it bleed over and influence people to hate guns and not want to use guns and want to get rid of their guns? Could Hollywood stigmatize guns and gun owners to the point that people would want to give ’em up, or that public opinion could be shifted? Well, remember, now, whenever Hollywood is criticized for its role, say, in mass shootings, say Columbine or whatever… The Matrix series was said to have been influential to the Columbine shooters.

It’s just more hypocrisy, at the very least — and at the worst, it’s much more than that.

RUSH: Steven in Chicago. You’re next. Great to have you on the program, sir. Hello.

CALLER: Why, thank you. It’s an honor.

CALLER: So I called in the last hour. I want to recap some of our new listeners. You were talking about how Hollywood is promoting cigarette smoking, why they’re not doing something to dissuade people from either smoking or, as you were talking about, gun violence. And the thought in my head was that Hollywood doesn’t necessarily seem to promote or the dissuade anything, but more so I see them as storytellers, as an author would write a book, come up with an original idea and sort of bring their story to reality. 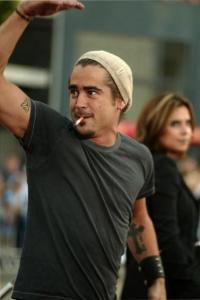 CALLER: So, I mean, although your producer brought up a great point, that where there’s a storyteller there comes bias as well as their own opinions that they’re bringing to the table that they tell in their story, I feel that Hollywood is more so free to imagine as the American people want to use to do was to think for themselves instead of having to think or speak for somebody else.

RUSH: Well, you want to get into the moviemaking business?

CALLER: Not necessarily. I mean, that was the first point, but I was also thinking about how politics are just sort of, like, spilling into every industry, including at times Hollywood, how everybody’s not really talking about fixing anything. They’re just sniping at each other with insults.

RUSH: Well, that’s interesting phrase there. You said politics is spilling into everything. Your conclusion is right, but I think it’s the other way around. I think everything else is getting into politics. Because I think everything is politics. I think everything of substance in our culture and society has already become politicized, whether, say, the viewers of the E! Entertainment network realize it or not, or whether the people who watch TMZ realize it or not, they’re watching politics. They’re watching the political impact of things that they may think has nothing to do with politics. One of the objectives of this program has long been to educate low-information people how they are being impacted by politics in ways they don’t even see.

But back to Hollywood for a second. You may have misunderstood. I was not criticizing, suggesting, promoting anything of the sort. I had a caller who observed that Hollywood could play a role in influencing this or that when it comes to guns, if they chose to. I took her question and ran with it, putting forth hypotheticals. Now, Hollywood is as politicized as Washington, DC. The only difference is that there is no Republican Party in Hollywood. Well, it’s there, but they literally are down in the dungeons. I mean, they don’t even surface in public.

And when they do, nobody ever finds out about it.

But my only point was I just find it interesting that here you have studio heads, actors, writers, producers, who are dyed-in-the-wool leftists, and they publicly go out and they’ll testify against Big Tobacco — they’ll do all of this crap — and they’ll make movies that glorify the stuff. Whether they’re telling stories or whether they’re trying to influence or not, doesn’t matter. The end result is, they make smoking look cool. They make gun violence and criminality look cool. You end up supporting the bad guys. The bad guys become the good guys.

Oh, yes, as a powerful, influential member of the media, I have seen the screener that they hand out to the Academy Award voters. I watched Specter the other day. I did all this on vacation. I saw this. I watched it. I streamed it, by the way, watched it on my computer. Actually my iPad Pro. My only point here is I asked the hypothetical question: “What if Hollywood decided to actually join President Obama and try to get guns off the street? What would they do?” It’s all hypothetical. 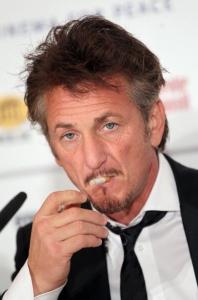 Would they make a movie or a series of movies that stigmatize people that use guns — stigmatize average, ordinary Americans who own guns? ‘Cause right now Hollywood glorifies these people that use guns. I mean, you call it storytelling. I’m not accusing them of motive here. I couldn’t care less. What’s on the screen is on the screen. They may not want to admit that what they do, that their work influences people, and they might hide behind, “No, we’re just storytellers. No, we’re just artists trafficking in our art. We’re not this or that.”

But then you listen to ’em go on Oprah or testify before Congress, and you realize they are deeply invested — personally, politically — with all these things that they make movies about. So I was simply speculating. They hate Big Tobacco, but I’ll betcha they take tobacco company product placement money left and right. Same thing with adult beverages. Everybody drinks! I mean, you can’t have a meeting at ten o’clock… Have you noticed that in the movies now even in the Oval Office there’s a bottle of booze in the desk, and the president will drag it out, or over at the CIA?

Watch Homeland on TV. There’s a bottle of booze in every office. I don’t care. I’m just observing here what’s happening, and it does influence people. There are a lot of people who watch James Bond movies and fantasize about actually living that life. Come on! Don’t tell me in your life, folks, you haven’t known somebody who thought he was James Bond. He dresses in a tux and drinks a martini “shaken not stirred” and tries to act like some big stud for women. Nah, this is undeniable. Anyway I’m up against it on time. I’ve got to take a break. I appreciate the call out there, Steven.