CALLER: Thank you, Rush. Here’s the question. Donald Trump has made this statement about Cruz and of course the media’s going all wacko with it. Is it possible that he — that Trump — is making a play or he’s stumbled into a play in regards to immigration? Since Cruz was born outside of the United States but yet is an American citizen, is Trump again — or did he stumble onto something whereby he’s saying that about illegal immigrants, that they are really part of the country of their parents’ origin, as opposed to American citizens when they come here and they are born here?

RUSH: I can see where you might think that. I don’t think so, because I don’t think Trump really believes that Cruz is not a citizen. That’s not what this is about. This is not about people think that Ted Cruz is unqualified because he’s not a citizen. Donald Trump already scored major points going after Obama. If you want to know what really put Trump on the map, it was this. It was this. Trump was the biggest birther. Trump staked a lot personally on the fact that Obama was not a citizen. He demanded to see the birth certificate.

When the birth certificate was produced, he said, “I don’t believe it.” Then they produced another, and after Obama and his group supposedly proved beyond a shadow-of-a doubt that he was a citizen, that he was born in Hawaii, Trump says, “I’ve never been happier. Look what I did! I drew ’em out. I made them produce the official documentation. Until I got into gear, nobody knew for sure.” That was the first thing. That’s what put Trump on the map. That established Trump with people who are now in his stable of supporters.

He established himself as not in the Obama camp.

He established himself as fearless and (unlike the Republicans) unafraid to raise the issue.

He did raise the issue. So that really… If you want to know who the first birther actually is, it would be none other than Barack Hussein O. Barack Hussein Obama is as responsible for this whole birther thing as anybody else because Barack Hussein O… I’m not sure on all the specifics details, but he was trying when he was a student somewhere — I think at Columbia. He was trying to get a publishing deal or job or some such thing; he knew it would make him look much sexier if he were foreign born. So he lied and told some people he was born in Kenya.

And back in the day, publishers or whoever it was thought, “Oh, wow, man! We got a guy born in Kenya who’s escaped all that! He’s come here and he’s triumphing in the American academy! Wow, wow! That’d be great book.” And from that people said, “Wait a minute. He wasn’t lying. He was telling the truth. He was born in Kenya; now he’s trying to cover it up.” Obama got that started, but that was Trump actually making his first move, was challenging Obama’s citizenship when it was about put to bed.

It had about died out, the whole birther movement — for lack of a better term — and Trump came along and, man, put it back on the front page. Well, okay, he had success with it once. If it worked once, try it again. But this is strictly Trump… By the way, Trump is not doing the accusing. This is how Trump has learned from the first time he hit Cruz. He hit Cruz first time around, and that’s when I warned Trump that he’d better back off doing it the way liberals do, ’cause he was mounting a challenge to Cruz that was right out of the mouths of how the left or the Republican establishment criticized conservatives.

I said, “You’re damaging whatever support you have from conservative Republicans when you go after him that way,” and he backed off, if you recall. And on this instance, all he’s done is raised the question, “Uh, I think it might be someone Ted will want to look into that. I hope it’s not a problem, really.” Well, since the Republican establishment doesn’t want either one of them — since the Democrats don’t want either one of them, since the media wants payback for Obama and this whole birther thing — they have Trump open the door and they’ve run into it.

And now the media is breathless and very seriously, very concerned. “Is Cruz a citizen? It’s a legitimate question,” and panels have been put together, commissions, people on TV sitting around talking about it. It’s become the big deal. It’s become the latest intellectual exercise throughout the Drive-By Media and academia. Noted constitutional authorities left, right, up, down, center, middle, unattached, whatever, are all weighing in on it.

Everybody knows that when it’s all over, Cruz is still gonna be a citizen, but that’s not the point. The point here is to distract him, to raise doubts. And it doesn’t take much. Remember the Friday before the 2000 election, when I guess it was the Algore camped leaked that Bush had had a DUI, 10, 15, 20 years ago? Remember how he almost lost the election over that because Bush had not talked about it? It doesn’t take much to create doubt.

I think in this case they’re missing the boat because the people for Cruz… I mean, they’re locked solid. This kind of stuff is not gonna lose Cruz any support. That’s the miscalculation everybody is making in this. Just like it didn’t cause Obama to lose any support. It’s a typical attack on a front-runner. I don’t think Trump’s trying to prove anything bigger with it, his issue of illegal immigration or anything like that. It’s just Trump does not want to lose Iowa, and he’s gotta get past Cruz if he wins it. It’s no more complicated than that. 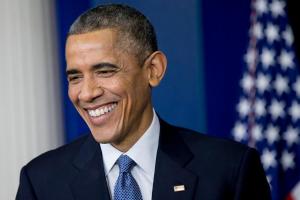 RUSH: No, no, no. What it was, it was Obama’s literary agent in a little 1991 booklet they were using to promote Obama’s book, Dreams of My Father’s Flags or whatever the heck it was. The agent… The booklet, the literary agent put it together, said that Obama was “born in Kenya and raised in Indonesia and Hawaii.” The booklet was promoting Dreams of the Flags of My Father or whatever Obama’s book was. Now, most writers will vet what their agents provide for PR. The truth be known, most authors have to do everything. I mean, you got people taking this and that percentage out, but the authors have to do everything.

I don’t know in this case whether Obama actually just left it to the agent to write the booklet and didn’t know or looked at what the agent wrote, saw that he was born in Kenya, and the agent said, “Yeah, man, it’s gonna make it sexier! It’ll sell a lot better. Here you are, you’re some skinny, scraggly kid born in Kenya. You come to America, you conquered, you’re a lawyer! Oh, wow, man! What a great bio we can sell.” Obama says (impression), “Well, okay, fine with me.”

And he did it.

Anyway, whoever vetted it or didn’t, whoever wrote it or didn’t, whoever approved it or didn’t, the fact is that’s what gave birth (if you will) to the idea that Obama was not born in American, that he was actually born in Kenya. It’s his own PR material, his own pamphlet to sell his first book. And that’s all it took. And when you have a person whose honesty is questioned in general, well, something like that is gonna be a huge hook to people, and it was. So they (the Obama people) now because that happened, they’re just all excited over the allegation being made about Cruz.

So they’re happy to play along. It’s payback, quid pro quo, what have you.