CALLER: Hi, Rush. I know you’re a huge NFL fan, as I am. I’m the host of an NFL show on a CBS Sports Radio affiliate. And one of our popular segments is called Bonehead Football Media Matters. Notice the “Media Matters” pun there. We expose the same bias and idiocy and boneheadedness from the NFL media as there is in the news media in this country. But while many highlight the news media for their bias and idiocy, the sports media is pretty much left unchecked, which is amazing to me. I’ve heard you bring up some of their leftness from time to time, if that’s a word. But for the most part, these guys get a free pass and it just blows me away.

RUSH: Yeah. How long has it been that you’ve noticed this? In other words, when did you first start noticing that left-wing political, cultural left-wing bias became prominent in sports play-by-play, ESPN-type sports news coverage and magazines?

CALLER: It wasn’t there when I started the show about eight years ago, but it’s been getting steadily more and more biased. And I would say over the last five years or so, there’s just as much bias in the sports media and the NFL media as there is in the traditional news media in this country.

RUSH: I think even more so, but you’re exactly right. If not more so, it’s equal. In fact, you have some sports media people who are more open and blatant about their left-wing liberal bias than in the news media. I mean, I don’t want to mention any names because when I mention names on this program, they get all kinds of national notoriety, and I don’t want to do that for ’em. But I know who you’re talking about. I know exactly. I’ve chronicled it on this program, too. You know, when I had my ill-fated five weeks at ESPN, one of the things that they said was, “Stick to football. You know, we bring you in here as a football fan,” and I did.

And then the McNabb incident happens, and blew up, and the next week that entire gang on that show tells everybody that I had promised to keep politics out of my commentary and that I broke that promise and that I was infusing politics in their show, and I had to go. I had not done so. Since then it has been nothing but politics wall-to-wall. I think it corresponds to when people on the left think that they are losing in public arguments, the arena of ideas, or else they’re just unable to contain themselves.

And also, many of them are young, coming out of journalism school. They’re newly empowered to take their bias and so forth (as they’ve been instructed in journalism school) into everything else that they cover. Not just sports. It’s wherever now, too. You know what I find interesting about it? Liberalism, I find it in direct opposition to what makes sports work. And if these clowns aren’t careful they’re gonna kill the very industries from which they derive their living. They’re gonna damage their credibility. Look at what’s happening to football now.

CALLER: Rush, your story about Donovan McNabb that you just mentioned is highlighted in a book that is out called Bias in the Booth. The author is Dylan Gwinn. I don’t know if you’re familiar with it.

CALLER: But there’s a whole chapter on that incident in the book.

RUSH: Well, I… How is it portrayed? Have you read it?

CALLER: Yeah. It’s portrayed from a logical conservative guy, Dylan Gwinn, and he takes issue with what happened to you.

RUSH: Well, fascinating. When I asked you the question, “When did you notice it starting?” I asked myself that, too. But now it’s almost… When you watch a nationally televised game with nationally known commentators and so forth, you almost… You sit there, and you wait for it to come. If there’s a gun shooting you wait for somebody at halftime to deliver you a sermon on it. It’s become part of it.

CALLER: That’s right, and that’s one small example of all the different types of bias and idiocy that I see daily. I don’t even have enough time in my show to cover everything every week.

RUSH: Well, it’s just amazing you have a whole show devoted to it. So there must be plenty of it.

CALLER: Well, it’s only a one-hour show and only one of the segment is the Bonehead Football Media segment. So…

RUSH: Well, let me ask you this, since you’re making it a specialty. Do you think that it can eventually get to the point where it turns off viewers and listeners and readers who simply are using sports to escape all of that, that they have to be confronted with it again, particularly bias from the left wing when they’re watching football or baseball or whatever it is?

CALLER: Yeah. Yeah. I guess that is possible. But, you know what? Again, there’s nobody else out there other than a few people — you bring it up once in a while — that are highlighting the same stuff we see in the traditional news media in this country in the sports media. And so I feel it’s my obligation and duty as a conservative to highlight this stuff.

RUSH: Well, you’re doing a… Let me tell you something. You’re doing a great job because there’s more people commenting on it than you know. Just like I remember when I started the show 27 years ago I got a people calling here telling me about the bias they saw in the media on the nightly news the night before as though they were the only ones that noticed it, and they were worried that all this stuff was working because the American people were not catching it and all this bias was happening. And I would tell ’em, “No, no. You’re not alone noticing it. All kinds of people are noticing it,” and I would tell you the same thing: All kinds of people notice. 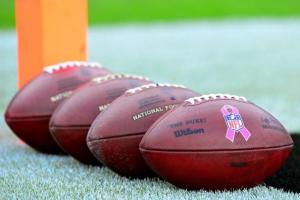 I read all of the blogs — tech, sports, you name it — and when I really want to have fun, I go to the comments. And you can find on certain blog sites that are… I don’t know. Look, I don’t want to name anything here because, folks, when I do it they become bigger and have more attention focused on ’em, and I don’t want to do that. But there’s plenty of them that are blatant in their liberalism and coverage of something that happened at a football game or something going on with the legalities of football, like moving to Los Angeles, whatever it might be.

And half, if not more, of the comments rip the political angle of the reporter or the story.

So there’s a lot of people aware of it.

That’s why I asked you if you had any thoughts on what impact it might have. I mean, they’re insulting the audience. When they start preaching politics and liberalism and just sanctimony to sports fans, they’re insulting the audience, at least that percentage that isn’t liberal and so forth. The fact is it’s always been a refuge from the humdrum or reality of everybody’s life. Anyway, Steve, keep it up. I’m glad to hear you’re doing what you’re doing. It needs to be rooted out and explained, highlighted, illustrated wherever it is so that more and more low-information people learn about it and cease being low-information.