RUSH: Now, let’s go to the audio sound bites. This is from the Today Show this morning, Matt Lauer speaking with F. Chuck Todd of Meet the Press. Now, this is about the recurring theme that Trump continues to put himself in a precarious position with talk radio. You know, talk radio, the people that are just entertainers. They’re not really to be taken seriously. They’re just… They’re entertainers.

But now, all of a sudden, the establishment’s turning to talk radio to deal with Trump. So, all of a sudden, now it’s our job to take Trump out, or our job to take out who whoever it is that they don’t like. So Matt Lauer says to Chuck Todd, “Chuck, if you go on the campaign trail, you go to a Donald Trump event, the people in that room love to hear Trump skewer other people. They love to hear Trump skewer other politicians, especially Democrats. But it seems there’s a line when it comes to Ted Cruz. It seems that Trump voters do not like it when Trump goes after him.”

TODD: Well, look, Ted Cruz and Donald Trump, they do share some of the same sort of anti-establishment, outside supporters. Donald Trump, in his war against political correctness, it has really been very popular with the talk radio crowd. But Ted Cruz, sort of a more strident, confrontational conservative in Washington, he’s popular with the talk radio crowd. And the talk radio crowd, they’re more principled conservatives. If they had a choice, they’d probably vote Cruz over Trump. This is why this is a very precarious strategy for him. He could hurt himself as much as he helps himself by going after Cruz.

RUSH: Helps himself? Who’s Chuck thinking he’s helping himself with? I am not disagreeing. Who does Chuck think Trump is helping himself with going after Cruz? We’re in a Republican primary here, don’t forget. Although, let me remind you: South Carolina’s open. South Carolina’s an open primary. That means that any number of shenanigans can take place there. But note, again, here how all of a sudden today talk radio has the chance to make or break a Republican nominee, to define who is and who isn’t.

And Trump had better be careful because he’s in a very precarious position, because if he ticks off the wrong people in talk radio, he may hurt himself. See, I think all of this is predicated on the fact that people in the Trump crowd are brain-dead. Whether Chuck Todd means this or not — and whether or not it’s a conscious thought — what he’s essentially saying here is that the audience that Trump has, or Cruz has, is really a talk radio audience, and the talk radio audience does not have minds of their own.

I do not think you are mind-numbed robots or brain-dead. I never have. I don’t think you tune in here every day to find out, from a standpoint of ignorance, what you have to think every day. You already think what you think. You listen to this program ’cause it’s a good show. And to the extent that you hear things you agree with, fine. It validates what you agree with. But even if you don’t agree, you still listen because it’s a good show. It isn’t complicated here. It’s the best show — really, “the best show ever,” as Trump would say.

But the point is, in the minds of all these other people, you are incapable.

The only way… For example, the only way Trump can hurt himself is not by what he does. It’s what we tell you about what he does. And I simply reject that. But they think it. And I detect it all the time, and it’s insulting, yeah, but it’s the way they look at this. And I don’t think it’s just you. I think most of the American people are thought of the same way F. Chuck inadvertently expressed himself here. In other words, “The Talk Radio Crowd” is a specific group of people who turns to talk radio to find out what to think, and then there are the other people who listen to the Drive-Bys and listen to or watch the Drive-Bys to find out what’s going on. And then the New York Times readers, they’re idiots, too, and they’re brain-dead and they don’t know what to think until they read the New York Times.

Well, that may be true. But I think there’s a universal contempt for the people of this country by media types, establishment types, or what have you. Here’s Molly Ball. She was on CBS Face the Nation yesterday. This is during the roundtable. And John Dickerson, he’s a hack. He’s a Democrat. He’s a political director. He’s the host of the show. He was talking to Molly Ball, who is Molly Ball? Well, I don’t know who she is, but she was on the show there. And he said to her, “There is a race going on, on the one hand, between Republican candidates and then Nikki Haley gave a response to the State of the Union in which she said very warm things about undocumented workers, saying that they shouldn’t be treated harshly. And then she also talked about anger taking over too much in the party. It seemed like the Republican Party was sending a message to itself.” She’s a staff writing for The Atlantic. Okay. Fine. Did anybody understand this question? 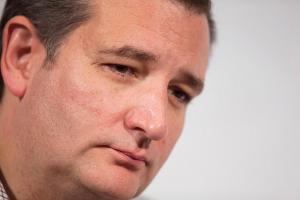 Let me read this to you again. Okay, here’s Dickerson, he’s asking Molly Ball, staff writer for The Atlantic, there’s a race going on, on the one hand between Republican candidates, and then Nikki Haley gave a response in the State of the Union in which she said very warm things about illegals, saying that they shouldn’t be treated harshly. She also talked about anger taking over too much in the party. It seemed like the Republican Party was sending a message to itself. Oh, I get it. He’s asking her about Nikki, and that’s already been dealt with. She’s already walked it back. But they’re still trying to keep it alive because it was the party going after — oh, I get it. Anyway, here’s what Molly Ball, staff writer for The Atlantic, said.

BALL: Cruz is extremely well positioned here, and I am not convinced that Trump actually won that exchange with Cruz in the debate, because the goodwill that Ted Cruz has with the sort of talk radio faction that’s been giving Trump a free pass is going to really help him now that those two are in conflict.

Let me ask a question, because what this is based on is the belief somehow that conservatives believe that Trump and Cruz would never, ever be critical of each other, that there was a pact or some such thing, as though both of them can win, and both of them can’t. There’s only gonna be one nominee. The nominee, whoever he is, is not gonna share it with anybody. And so, once again, we apparently have a belief by the analysts here, the Drive-Bys, thinking that neither of these two were ever gonna criticize each other, and then all of a sudden when it started, “Oh, no, oh, no, Trump’s going after Cruz; what’s the talk radio faction gonna do?” As though you are incapable of figuring it out yourself.

And there’s also another hidden meaning, and that is that all these people in the Drive-Bys and in the establishment are secretly hoping that we in talk radio will take one of these two out. And who depends on day to day. One day they want us to take Trump out, the next day they want us to take Cruz out. And most of the days they think we’re inconsequential entertainers. Now all of a sudden we are the arbiters, we hold all the cards, we have all the power to determine who survives and who doesn’t. It’s amazing.

Here’s Kevin Madden. Now, Kevin Madden was on This Week, the roundtable with Stephanopoulos. He’s a Republican strategist. And this is about Nikki Haley’s response to the State of the Union. Stephanopoulos said, “Speaker Ryan chose Nikki Haley to give the response for the Republican Party, governor South Carolina, and she did have that very direct shot at Donald Trump, Kevin.” 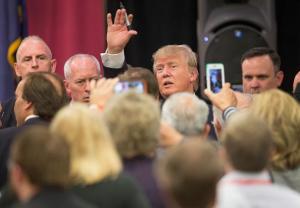 MADDEN: There was also a backlash. So many voters out there felt like they were being scolded by this establishment that they feel there’s a canyon between them and the Republicans in Washington. They feel like their anger is legitimate and that their voice is not being heard, and that the last thing they want from — is another establishment, you know, leader in Washington or being chosen by leaders in Washington to tell them that their anger is not legitimate. And I think that’s why you saw so much in the, like, the talk radio world and also so many among the grassroots conservatives start to actually push back on Nikki Haley.

RUSH: He’s right. Whatever he is, he’s a Republican strategist, but he’s right, he’s correct in his assessment. There is a canyon between the establishment and the base, and the establishment is locked in a past of 10 to 15 years ago, maybe even 25 years ago. The old angry white man thing. That’s a trope the Democrats used to use, and the Republicans, “No, no, no, we’re not mad, we’re not mad,” and it’s always been a pejorative to say somebody’s angry, somehow they’re unserious or they’re unstable or they’re not all there.

The fact of the matter is anger is the legitimate reaction to what’s happening to the country, anger, coupled with fear, is quite natural, and it would be very troubling and worrisome if there weren’t any anger over what’s happening. But the Republicans seem to believe that anger is going to worry the independents, it’s gonna send the independents running right be back to the Democrats ’cause the independents, you know, they don’t like anger, they don’t like confrontation, they don’t like people going to war. They want everyone to get along. And so the Republicans are trying to tell everybody they can get along and they’re not angry and so forth, and the blowback on this was huge, because it was legitimate.