RUSH: We’re starting with Randy in Findlay, Ohio. Great to have you on the program, sir. Hi.

CALLER: Hi, Rush. Conservative vegetarian dittos to start out with.

RUSH: Well, thank you very much, sir. I trust as a conservative vegetarian you’re not militant about it.

CALLER: What I wanted to ask was what evidence is there for Trump supporters to think that he would have any more respect for the Constitution than Obama does? I mean, they’re both progressives. And Trump has seemed to change his mind on so many things lately, but the main thing is just why do they think he would honor the Constitution? 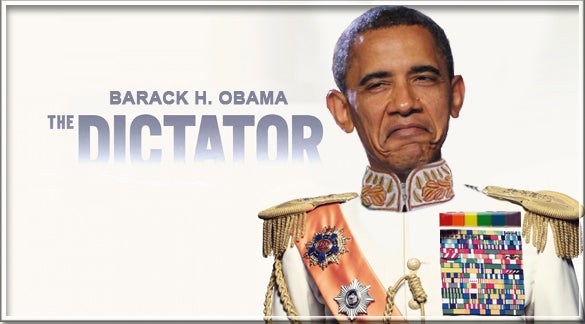 RUSH: Well, have you asked that of any Trump supporters that you know?

CALLER: No. I don’t know very many. I do know one in particular, but, no, I have not asked.

RUSH: See, I think most Trump supporters lost you when you started comparing him to Obama. I think they don’t get that. They don’t see Trump as a progressive. And I don’t think they see him as a conservative. They see him as not of Washington. They see him as an outsider who understands them, understands their plight, who joins them in thinking the problems in this country all emanate from a too-stupid government that it’s too big and too overbearing and too regulatory. When it comes to Trump, I don’t think his supporters are even thinking who he might put on the Supreme Court. I think it’s much more personal.

CALLER: Well, I just want to know why, if we don’t go by the Constitution, what do we have to guide it?

RUSH: Agreed. Agreed. I need to ask, what is it that Trump’s done, said, not said, not done, that made you believe he is not respectful of it?

CALLER: Well, when he talks, he sounds a lot like — I hate to use the analogy, like Obama again, that he has a phone and a pen, he makes it sound like I’m gonna do this, I’m gonna do that. I haven’t heard him mention this —

RUSH: Oh, I get it. You’re worried that Trump is sounding like Obama in the authoritarian sense, that Obama’s out there saying if he doesn’t get what he wants with Congress, he’ll just do it with an executive order. And Trump’s out there saying he’s gonna do this, he’s gonna do that, he’s gonna do that, and you’re worried that his supporters are signing off on the same kind of authoritarian, outside-the-Constitution behavior that Obama’s engaging in, yet they’re supporting it for Trump.

It might surprise people to learn that some people actually wouldn’t mind that. This is the danger, I think, when you have — and I don’t know how many Trump supporters this is. It’s probably not a lot, but there’s some people who think that the country is in such dire straits that it may take drastic action, that we don’t have time to go through the normal channels to stop some of this stuff, to reverse it. If Obama does an executive order letting ’em in, we’re gonna do an executive order kicking ’em out. The hell with going through Congress. Can’t trust those creeps anyway. And they think Trump’s the guy to do it.

You know who mostly articulates those fears to me? A bunch of leftist media types who sit there and applaud it when Obama does it. But they worry that the Trump support base is ignorant and is, by a quirk of fate, actually endorsing and supporting almost dictatorial powers in the executive. Yet applaud it when Obama engages in those kind of things. Like I say, I’ve spent weeks and months analyzing and explaining the Trump support base. It would be too long to go through the whole thing again.

Okay, okay, fine, you’re gonna deal with them and kick their butts, then fine. But make no mistake out there, Andy, Trump has sent signals that he’s gonna work with people and make deals with ’em, even though he’s gonna snooker ’em. Not snooker. He’s gonna beat ’em back, beat ’em down.