Guess Who Obama Blames for Trump?

RUSH: Here are the Barack Obama sound bites. Joint presser today with the Canadian prime minister, Justin Trudeau. White House correspondent question from CBS, Margaret Brennan: Some of your critics have pointed to the polarized political climate under your [Regime] contributing to the rise of somebody like Trump. Do you feel responsibility for Trump, or even some of the protectionist rhetoric coming from the Democrat candidates? Do you have a time line for when you might make a presidential endorsement? Do you feel political heat is constraining your pool of viable Supreme Court nominees?

OBAMA: The Republican political elites and many of the information outlets — social media, news outlets, talk radio, television stations — have been feeding the Republican base for the last seven years a notion that everything I do is to be opposed —

OBAMA: — that cooperation or compromise somehow is a betrayal —

OBAMA: — that maximalist, absolutist positions on issues are politically advancing —

OBAMA: — and “them” are the folks who are causing whatever problems you’re experiencing —

RUSH: That would be you.

OBAMA: — and the tone of that politics, which I certainly have not contributed to —

RUSH: You own it! You own it! Don’t kid yourself, and don’t try to kid us. Don’t enact the Limbaugh Theorem on us again where none of this is your fault. None of this even has your fingerprints on it? All of this is! You are trying to transform the country, sir. You announced that that’s your purpose, and you’re doing it! You’re flooding the country with future Democrat voters under the guise of “immigration” and making the country stronger.

There’s no question what’s been going on here. So now here’s Obama unified with many in conservative media who think Trump is the fault of talk radio, for two reasons. A, talk radio created the climate for Trump and talk radio will not take Trump out. Then talk radio is just an entertainment thing. It’s really not serious. It’s a bunch of charlatans. But now look how powerful and serious it is. Talk radio is to blame for everything out there. What is talk radio?

Talk radio is about the only place in this country that you can find precise opposition to Obama and the Democrat agenda, which they don’t like. They don’t want their there be any opposition. Their objective is to get rid of it. There’s one more continuance here in the sound bite. This is… Ah, I don’t have to time to squeeze it in. I’ll tell you what he says in this bite. He says that he wants an “effective” GOP. He doesn’t like Trump leading this. He doesn’t want a watered down GOP.

I feel like I’m listening to Senator Schumer all over again here! He wants “a viable and effective” GOP? No, he doesn’t. He wants the GOP to remain as the Washington Generals. He wants them as a foil. These people need villains. Obama, liberal Democrats need villains in order to prosper. He doesn’t want the Republican Party to dissolute itself away. But he does not want it to be “effective.” Do not fall for that.

RUSH: No, it’s not complicated. What I’m saying is the Democrat Party always needs somebody to blame for their failures, because that’s what they have. Everything they try doesn’t work. Even their “successes” are destructive. Whatever you want to call their successes. But let’s put those aside for a moment. Let’s look at Obamacare. They’re touting it as a success. Do you know, by the way… Did I put this on the bottom of the Stack? I bet I did. There’s a new story out from, of all places: “NPR and Harvard Say: Obamacare Is a Complete Failure.”

I saw this story last night. “National Public Radio collaborated with Harvard’s T.H. Chan School of Public Health and the Robert Wood Johnson Foundation to survey AmericansÂ’ recent experience with health care. As to the Affordable Care Act,” Obamacare, “the surveyÂ’s findings are damning. They suggest that Obamacare has been worse than a complete waste of money. This is the surveyÂ’s only question directly on Obamacare.

“Most respondents say that Obamacare hasnÂ’t affected them; where it has affected them, most say the lawÂ’s impact has been harmful.” There’s a bunch of charts here. The promise that Obama made about cheaper premiums, lower copays, lower deductibles, better coverage? Failed, failed, failed. None of it has materialized. They were just lies. Now, my point here is (because you already know that): Who do they blame for this? That’s why they need villains. That’s why Obama needs a Republican Party. They need somebody to blame for their failures.

He needs a villain and he needs a scapegoat.

It’s not a universally supported issue. The opposition to it, they need somebody to blame for that. They sow discord. The Democrat Party, liberalism, sows chaos. They thrive on it. They need chaos. They need people angry. That’s why every day there’s always a “crisis” of something going on, because what they do doesn’t work. This is why they never campaign on what they really want to do. Everybody knows that what they really want to do won’t work and doesn’t work. So they lie.

And they use grandiosity to explain their great plans. “Hope and change! We’re gonna make America change from its rotten founding: Racism, sexism, bigotry, all these sort of things,” and all that happens is that various groups of Americans end up at war with each other, which they love. They love to feed off of that because that gives them enemies and villains, because none of liberalism works. Take a look at liberals themselves. Take a look at the people that voted for Obama. You see happiness there? Do you see them running around all jocular and happy and having a great time? 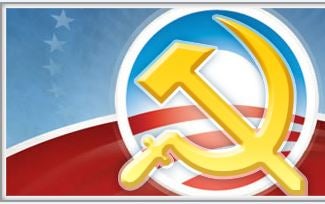 Because they know that it doesn’t work.

They’re faced with seven years of evidence. Now into our eighth year. It doesn’t work. It makes things worse. We have 94 million Americans not working, wages stagnant. People are working fewer hours because of Obamacare requirements. We have an absolute mess, as they try to transform this country because they resent the founding principles. They resent much of the founding documents. So they’re trying to transform it and get even. They hate American foreign policy. They hate American domestic policy. They love dictators. They love the Castros.

They admire the Stalins and the Brezhnevs and the Gorbachevs — and they’re even fascinated with Mao Tse-tung, some of them. And what they envy is the total power. What they envy is the authoritarian, total power that all of those people had. And they don’t have that. In that sense I don’t think they actually want that full fledge, because we still behave under the guise of democratic principles. They need a foil. They need an opponent. They need a villain, and they need somebody to blame for their failures.

Now, concomitant in this is Obama’s arrogance when he says that he wants an “effective” GOP. Let’s play the sound bite. It’s number 30. Let’s actually hear this from his mouth.

OBAMA: What you’re seeing within the Republican Party is, to some degree, all those efforts over a course of time creating an environment where somebody like a Donald Trump can thrive. He’s just doing more of what has been done for the last 7-1/2 years. What I’m not going to do is to validate some notion that the Republican crackup that’s been taking place is a consequence of actions that I’ve taken. There are thoughtful conservatives who are troubled by this, who are troubled by the direction of the party.

RUSH: Don’t you love that?

OBAMA: I think it is very important —

OBAMA: — for them to reflect on what it is about politics they’ve engaged in that allows the circus we’ve been seeing to transpire and to do some introspection, because ultimately I want an effective Republican Party.

RUSH: Oh, God bless him. He wants a nice child! He wants an effective, successful child. Yeah, he wants… This arrogance and this condescension! In order to have that attitude where you can just say, “I want an effective Republican Party,” you have to believe that the Democrat Party and your way of thinking are so vast and so large — it’s such a majority — that the Republicans are almost on the verge of not existing. They’re that tiny, that few in number. They’re that ineffective.

But which came first, the Republican inaction or Obama? In this case Obama’s at the top of whatever has gone wrong here. It’s all coming from there, and Obama is at the top. Everything is descending from Obama. The Republican Party’s ineffectiveness, its behavior, it’s choices are all because of Obama and Obama’s policies and his executive orders and his transformation of America is all happening essentially unopposed.

Because the Republican Party, for reasons we previously discussed, is afraid to stop the guy. They’re afraid to even say they want to stop the guy. We don’t need to rehash that. That’s why we’re getting Republicans for amnesty. But you note here Obama saying there are “thoughtful conservatives troubled by this”? How proud are you conservatives of yourselves today? Who’s he talking about? The David Brookses of the world who marveled at the crease in Obama’s slacks? Who are some of these other conservatives that Obama is all of a sudden heralding as bright lights?

And how proud are you conservatives? And I bet you that these conservatives he’s talking about know who they are, and I’ll bet you they’re proud. But look at this. They are the ones that find themselves now cited by Barack Obama. They are the ones telling us that what’s going on in the Republican primaries, what’s going on in Republican presidential election process is demeaning, and it’s embarrassing, and it’s beneath us. Obama is now siding with those guys. I am so happy I have never, ever be considered to be in that group.

Snerdley, can you imagine what would happen to my audience if I were perceived…? At any rate, folks, this illustrates the vast divide that we have here. And I think these two sound bites from Obama actually indicate the… I think there’s a little fear on the Democrat side of what’s actually going on here.