Are Trump Democrats for Real?

RUSH: I got three stories here, and I don’t know what to think about it. I need your help.

Let me give you the headlines of these three stories: “Ohio’s Dirty Little Secret: Blue-Collar Democrats for Trump — If Donald Trump wins the Republican Party nomination, his path to the White House will run through this working-class city with a knack for picking presidents. No Republican has ever won the White House without Ohio. And nowhere better reflects the challenges and opportunities Trump faces in his 2016 presidential quest than Canton, a once-booming industrial…”

It’s where the Pro Football Hall of Fame is, and they go on and talk about how there is already a shift that could end up being massive of Democrats for Trump. And then from CBS Pittsburgh: “46,000 Pennsylvania Democrats Become Republicans Due to Trump — “Nearly 46,000 Pennsylvania Democrats have switched to Republicans since the beginning of the year. According to Penn Live, some experts attribute the mass exodus to Donald Trump. There’s even a title for the movement. ItÂ’s called ‘Ditch and Switch’ and calls for lifelong Democrats to abandon the party, register Republican, and help ensure TrumpÂ’s place in the general election.”

Does this not sound like an Operation Chaos? Okay, so here’s Ohio, here’s Pennsylvania. But wait, we aren’t through. “Meet Some of Chicago’s Trump Democrats — With early voting closing in Chicago in just two days, monitors note a surprising trend: Donald Trump showing some traction among Democrats. Just west of Midway Airport, in the bungalow belt dominated by Illinois House Speaker Michael Madigan, some Democrats are defecting to The Donald. ‘Right here, I’m a Donald Trump voter,’ says retired city plumber Tom Izzo,” of the Plumbers Crack Union.

“‘So many Americans are out of job, but we got all these illegals working here. Something’s got to happen,’ he says. Izzo represents a bit of a trend. In 2008, just 6% of Chicago primary voters selected Republican ballots. This year, it’s up to 10%. And that’s not far away from the 13% back in 1980, the year Ronald Reagan attracted so-called blue collar Reagan Democrats.” So let’s see. What do we have here? We have massive shift Democrat to Republican Ohio attributed to Trump, 46,000 Democrats have reregistered Republican in Pennsylvania to the vote for Trump., and there’s even a name for the movement called “Ditch and Switch.”

In Chicago now we are being told that massive numbers of Democrats are switching to Republican to vote for Trump. Now, what’s going on here? You think this is legit? Look at these three states: Pennsylvania, Ohio, Illinois. If it’s happening in Chicago, it’s happening throughout the state. Chicago is Illinois and vice versa. Rust Belt states, traditionally Democrat states other than Ohio, which is always up for grabs. Are we witnessing a massive Democrat-sponsored Operation Chaos, or is this for real? Well, hang on ’cause there’s one more story here, and the source is this guy named Mook who runs the Hillary campaign. 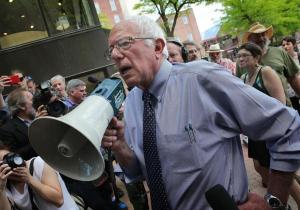 This story’s from the Washington Examiner from Paul Bedard. The headline, “Mook…” That’s the last name of Hillary’s campaign guy. “Mook Warns of Defeat in Ohio, Illinois, and Missouri, ‘Outspent, Outraised’ by Bernie Sanders.” (printer humming) That’s my printer back there, as somebody thinks I should be saying something I haven’t said yet. That’s generally what happens. Let me see what it is… The printer here. Oh, it’s a new sound bite from the Cookster. “Just happened on CNN: Rubio communications director says that Rubio supporters should vote Kasich in Ohio.” We’ll get to that. That will be sound bite 34.

Folks, we’ve got more stuff here than I can possibly squeeze in, but I’m gonna try here. Paul Bedard, Washington Examiner. “Hillary Clinton’s campaign manager,” this guy Mook… What is his first name? Do they ever put his first name in the story? What is his…? Do you know his first name? (interruption) Robbie? Okay, Robbie Mook. “Hillary Clinton’s campaign manager, citing Sen. Bernie Sanders’ surprise victory in Michigan this week after outspending the Democratic front-runner, is warning supporters that it could happen again Tuesday in Ohio, Missouri and Illinois.

“‘Bernie outraised us by $12 million in February, then outspent us on TV in Michigan,’ which the Vermont senator won, Robby Mook emailed supporters. ‘With the additional money they raised this week, Bernie could outspend us in states like in Ohio, Missouri, and Illinois,’ he said in an ominous warning. Mook has reason to be concerned. A new scientific prediction of the race…” This is not a poll. This is one of these newfangled political scientist guys who factors in all kinds of things. Past history… Well, I’m sorry. That’s the only kind of history.

He factors in history. He factors in demographics, economics, unemployment numbers, matches it against political performances, and comes up with a projection that is not based on polling data. “A new scientific prediction of the race, produced by the University of Virginia’s Center for Politics, shows Clinton losing Illinois and Ohio by a hair. A [Crazy Bernie] win would be huge news and give him more momentum, though it would remain difficult for him to catch Clinton in delegates.” See, that’s the thing.

It doesn’t matter how many of these states Crazy Bernie wins. She’s gonna get all the delegates, or a majority of ’em. But she’s losing if this happens. She’s being outraised. Now, is this real? How much this far is real? That’s the question. Ohio, Illinois, Pennsylvania have massive Democrats reregistering Republican because of Trump. In Illinois, massive numbers of Democrats defecting Hillary for Crazy Bernie. Missouri and Ohio, the same thing.

“Based on the race and region model,” according to this scientific projection, “we can predict that Hillary Clinton will win three states and Bernie Sanders will win two states on March 15.” Well, then what’s the big deal here? The big deal is that Mook is out there saying, “No, no, no, no, no! We’re on target to lose these by a hair. Now, in the Clinton campaign you have to factor in lying. You have to factor in psychological lying, trying to scare Hillary supporters in thinking that they’ve gotta really donate. They’ve gotta really show up ’cause Crazy Bernie is breathing down their necks and so forth.

At any rate, it’s a lot to sort out. It’s a lot to determine. The reason, by the way, that I asked if this stuff going on — Democrats switching to Trump, Republican, Operation Chaos — is not ego related. Folks, they were so… The Democrats, in 2008, were so disoriented and discombobulated by Operation Chaos. There were a couple of movies in which it was featured as something that almost did them in. Ides of March movie was one of them with George Clooney and it was actually a movie in three parts, and the first third of the movie was about the panic related to Operation Chaos.

RUSH: Back to this massive switch of voters in Pennsylvania, Ditch and Switch is the name of this so-called organic movement of so-called — so far it’s 46,000 Pennsylvania Democrats registering as Republicans. There’s a name for the movement. It’s called Ditch and Switch. And of course, I ask the question: “Is this real?”

Is this an honest? Is this a stealth Democrat Operation Chaos, or is it genuine? ‘Cause it’s happening in Pennsylvania, it’s happening in Ohio, it’s happening in Illinois. And, of course, it’s happening elsewhere. But these people are now actually counting it and categorizing it. Everybody knows that Trump is attracting white working class Democrats, independents, moderates, and so forth. Well, it turns out those two black babes that do the funny videos for Trump… Diamond and Silk are their names?

Well, it turns out… And I don’t know if this is the same thing. But it turns out, back on September 28, 2015, they created a membership called Ditch and Switch Now, and the purpose of it is to vote for Donald Trump in the primaries. And again, that’s from Diamond and Silk, these two hilarious black women who do the videos for Trump. They announced that there was a website, DitchAndSwitchNow.com, and the purpose was to switch to Republican and vote for Donald Trump in the primaries. Obviously, it would be targeted at Democrats and African-Americans because that’s who these two babes are.

Now, I don’t know if it’s the same thing. It would be coincidental if not, that these two babes come up with a website and an organization called Ditch and Switch, and then this 46,000 number of Democrats switching to Republicans in Pennsylvania has a name, and the name is Ditch and Switch. So if my suspicions have any credence, we would then have to assume, or conclude that these two black babes doing the videos for Trump are actually… Diamond and Silk, we’d have to conclude that they are stealth Democrats and that they have been at this since September running an Operation Chaos. 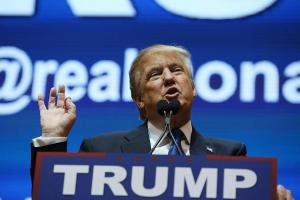 Now, note also that the Ditch and Switch movement, Ditch and Switch website, is actually aimed at primaries. Not to say it wouldn’t bleed over to the general election. But I was able to find that. So there is a connection between Ditch and Switch — the name in Pennsylvania of Democrats registering as Republicans — to a website set up by Diamond and Silk. If you’ve not seen one of these videos, they’re hilarious. These videos cropped up after the first Fox News debate, I think. They were just hilarious.

They’re obviously pro-Trump. They’ve done a number of these videos promoting Ditch and Switch and promoting Trump. And the New York Times did a story on them back on January 6th. “Supporters Seek to Persuade Democrats to Ditch and Switch for Donald Trump.” So it appears legit in this instance. But I know that there are a lot of people who think, “Nah, nah. There’s too much of this going on, and we’ve had Operation Chaos. The Democrats were afraid of it and might be running their own version.”