The Democrat Party Is the Reason You’re Unhappy

RUSH: Here is Bob in Johnstown, Pennsylvania. Great to have you on the EIB Network, Bob. Hi.

CALLER: Hey, Rush, love you. I’ve been listening to you, gosh, since way back in Dan’s Bake Sale.

CALLER: It’s really a thrill to get to talk to you today.

RUSH: Thank you, sir, very much. I appreciate it. I really do.

CALLER: You’ve really done more to educate people about the differences between Republicans and Democrats, and more importantly, conservatives and liberals. I mean, you know, you’ve still got a lot of work to do.

CALLER: I understand, and you’re the man to do it. Hey, listen, what I wanted to talk about, you know, we hear about “War on Women,” the war on this, the war on that. Why aren’t the Republicans talking about the “War on Millennials”?

RUSH: Why don’t you tell me what you mean by it? I’ll explain why they do or don’t talk about it.

CALLER: Well, okay. After the last big downturn in the economy… When was that, 2008? When the stock market went to hell in a handbasket and, you know, everything went haywire, I mean, anybody with half a brain in their head would have done everything they could to nurture businesses and corporations and lower taxes and bring these people back to the United States. You know, there’s a saying that “money goes where it is treated well.” And the current administration, I mean, they could care less.

They were out demonizing oil, demonizing coal. Everything that they could possibly beat up. And then what I get a big kick out is, they beat their chest telling everybody how we’re gonna make them pay. Well, I learned the lesson from you, and I use it very often. That is: Did you ever get a job from a poor person? And who’s been hurt by this the most but the people that put Obama in office the first time around? I mean, it was the, “Yay, yay, yay.” They were yelling and screaming like, you know, the new messiah was here, and who is it today that’s having the most difficult time finding a job, getting work?

RUSH: Well, when you say “War on Millennials,” are you basically referring to the fact that their future is not as rosy as previous generations have been, and people need to be telling them why that is?

CALLER: You hit it right on the head. And the War on Women? Let’s look at the War on Women. Who takes a bigger beating whenever corporations cut back and leave? It’s probably the women, maybe a lot of them not in the upper echelon of these corporations.

RUSH: But wait. You are making a typical mistake in trying to analyze the stuff and fix it. It’s not an intellectual War on Women. They haven’t convinced anybody intellectually that Republicans hate women. It’s an emotional thing. It’s an image and perception thing, because there’s no truth to it. There are no facts to support it. So they have to create the image and the impression, and they’ve done that not just about the War on Women, but they’ve done it the education system.

I’ll tell you, when I first realized Millennials were in trouble and when I first realized that actually we had failed them was when I saw survey data — and this was two years ago. So let’s say we’re six years, 5-1/2 years into the Obama administration. We’ve had a reelection. The economy is just horrible. There aren’t any new jobs. These kids are graduating with six-figure debt. Obamacare has been implemented. Work hours are being cut back to part-time levels so that employers don’t have to offer Obamacare, health care.

They are genuinely believing that their futures for the most part in America will not be as filled with potential and prosperity as their parents was. Okay, well… All that, yeah. Then I looked at who they blamed for it, and it wasn’t the Democrats. And it wasn’t Obama. And it wasn’t specific Obama policies. You know what it was? They thought the best days of the country had happened while they were either unborn or young. It was just the accident of their birth, the date of their birth came after peak America.

Now, that’s our fault. That’s our fault for allowing them to think that, for not educating them. And, look, we have access to the education system, and we have them at home. We have a chance to reach ’em. And for them to live in the midst of six years of the Barack Obama administration, which you just described as an assault on everything traditional in this country — it’s an assault on the institutions and the traditions which have defined this country’s founding and greatness. Everything economic, everything cultural is under assault as Obama seeks to transform the country into something it was never founded to be and never intended to be.

But since the Republican Party was not saying any of this, because they were afraid to oppose Obama; they were afraid to propose anything opposite Obama because they don’t want to be called racist. “He’s the first African-American president! Therefore, historical.” They didn’t want to get any bad press. They didn’t want to be seen as obstructionists. So nobody was told that the reason opportunity was declining and the chances for prosperity were declining was directly related to the policies implemented by the current administration. They were never told that.

And that makes me livid when I hear about it. That’s what this campaign is really all about is trying to stop this. Stop the direction, arrest the direction and change it and restore some things to what they were. That’s why you watch this funeral, and you’re gonna see what was once what passed for manners, respect, dignity, class. You don’t see it too much no matter where you go in the country today, and people are longing for it. I appreciate the call, Bob. Thanks much.

RUSH: Here is Josh in Brick, New Jersey. Great to have you on the EIB Network. Hi.

CALLER: How are you, Rush? 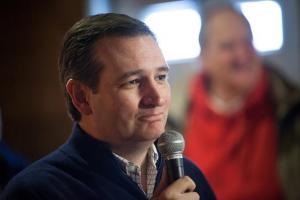 CALLER: Two points. I’m very interested, and I’d just like to know what you think. I have a lot of friends. I’m a conservative. Let me say from the outset that I support Ted Cruz, and a lot of my buddies, you know, we went to a conference in the summer. We heard from Bill Kristol. This notion, a lot of my friends tell me, you know, if Trump wins, they’re gonna vote for Hillary. And I told them, I said, “My disagreement is not about Trump. I think the same thing you think about him. You just don’t understand the nature of the Democratic Party, what’s going on there. This is not some middle of the road, Joe Lieberman whatever, what have you. This is for real. It’s Hillary Clinton.”