Great Piece on Narrative as News: Nothing Is Real

RUSH: You know, it reminds me, Sunday, I guess, in the New York Post there was a — I don’t know if it’s a column or if it was just an essay.  It was by Maureen Callahan, called, “Everything Today is a Lie.”  It’s a long piece because it’s filled with examples.  It starts this way.

“Gwyneth, who well knows what the world thinks of her, doubled down on her good friend Chelsea Handler’s new talk show, which, by the way, debuted last Wednesday on Netflix. ‘We started talking about, “Is lube toxic?”‘ Paltrow said. ‘We’re very conscious about non-toxic products at Goop, and we learned that lube is actually very toxic,’ and so go to her site to buy $13 organic…”  It’s just absurd stuff.  None of it true. 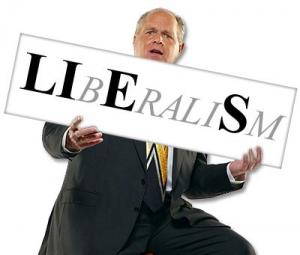 “On March 27, six weeks before Jon Snow came back to life, Harington told the Guardian, ‘I’m really dead. I’m not coming back to life.’ Last Sunday, Jon Snow was up and about, executing the traitors who’d killed him so poorly.”

Not real.  I mean, everybody’s being lied to, is the point.  And it goes on.  “All last week, pop star Meghan Trainor claimed that she was outraged to see her latest video, body much thinner, go online without her approval. ‘I was like, “Why are the fans messing with my waist?” And my glam squad was like, “That’s not your waist.”‘  No mere pop star she: Trainor has much larger, more important concerns than ‘the fans’ and her glam squad. Concocting the ridiculous premise that a major record label would betray one of their top-selling artists … Trainor elevated herself to solo feminist warrior, dismantling faceless, sexist, body-shaming executives in corner offices.”

It turns out the whole thing was a publicity stunt planned from beginning to end.  If you don’t know who this is, it doesn’t matter.  It was a brilliantly conceived, flawlessly executed publicity stunt made to look like this woman had been betrayed by her own company with fake photos of her published and it was all a lie to sell whatever it is she’s got to sell.

“Queen of the Anthems is, of course, Beyonc�, whose new album and accompanying short film, ‘Lemonade,’ strongly implies that her husband — the equally private, micromanaging, business-minded Jay Z — has been cheating on her with multiple women, including one she calls Becky.  While the internet went crazy trying to guess who Jay’s ‘Becky’ was — and beta celebs like Rachel Roy and Rita Ora inserted themselves in the mix — the true point was lost: ‘Lemonade’ is only available on Tidal, Beyonc� and Jay Z’s flailing streaming service.”

“As of last Friday, the New York Times reported that ‘Lemonade’ has generated 306 million global streams, with 1.2 million user subscriptions in the album’s first week. In a soapy, concurrent Us magazine cover story, Beyonc�s agony and artistry got six pages of coverage, with telling quotes buried at the end. ‘Everything was planned, and they are both in on it together,’ a source close to the couple said. ‘Everything she is doing is to break records,’ said another.”

“Sharon Osbourne, long-suffering wife of addled rocker Ozzy, leaked word that she was leaving him after 33 years of marriage after catching him with the hairdresser. On Tuesday, Sharon … dramatically returned to her CBS daytime show, ‘The Talk.'”

Remember who this babe is.  She turned her family into the Kardashians before there was the Kardashians.  When she got back to her TV show her agony and her hurt, “she shared her rapid emotional arc, from humiliation to fear to courage to independence, with her 2.9 million viewers. … ‘I can’t keep living like this,’ she told her co-hosts, while simultaneously claiming she was ’empowered.’

“As she sat, emotionless, she sipped from a tall glass of lemonade, trolling us all. By Thursday, Sharon was photographed cuddling with Ozzy at a promotional event for his upcoming ‘farewell tour’ — which, as his longtime manager, she oversees. ‘Sharon is the queen of publicity stunts,’ a source told Page Six last Friday.”

Well, yeah, but these are more than publicity stunts because this stuff is now happening in politics.  Look at Ben Rhodes, the New York Times story on the Iranian deal, and now everybody is being lied to.  It’s everywhere now.  And Maureen Callahan moves on to the serious stuff from the entertainment stuff.  I have to take a break here.  But the point is, everything today is a lie, everything is spun, everything is PR, substance and reality, nobody has confidence to be persuasive or to be victorious.

RUSH: According to Katherine Timpf at National Review Online (she actually quotes a piece here in the UK Telegraph), “it’s sexist to tell women that they ‘”look tired” at work.’ ‘Chances are if a woman has a totally bare face, she’ll be told by both male and female colleagues that she looks exhausted, hungover or [sick] … people are so used to seeing made-up women at work that [if they show up without makeup it] seems anything but natural,'” and women sometimes are told, “Are you okay?  You look kind of worn out.  You look kind of ragged.”

“Radhika Sanghani writes … ‘It’s sexist to tell a woman she “looks tired” at work — and here’s why.'” And it goes on to explain how that has become discrimination and sexist.  And, you know, these are the kind of things we laugh at.  But every one of these things that we laugh at, they end up becoming real standard operating procedures, and everybody ends up being caught short by it all.

RUSH:  The Washington Post has a story today that relates to something that I have been mentioning around the edges lately.  They’re very, very worried in various places around the country that Trump’s appeal is stretching to the suburbs that had been trending Democrat.  They are surprised that Trump is not nearly as toxic in suburbia as the Democrats had calculated.

RUSH:  It looks like Mitt Romney has dropped the effort to recruit an independent Trump challenger.  I know that means Bill Kristol has (unintelligible) but Romney has given up the ghost, doesn’t think it’s possible.

RUSH: You know what I find intriguing?  That Trump is gonna have a powwow with Dr. Kissinger.  I would love to be in the room to listen to that conversation, Donald Trump and Henry Kissinger.

RUSH: Look at this headline: “Obama Spending Millions of Tax Dollars on Summer Jobs for Refugees.”  Not for your teenager. Not for African-American teenagers with a 25 to 45% unemployment rate.  No. “A new report reveals that President Obama is throwing the weight of the federal government behind a program to secure summer jobs for hundreds of ‘refugees’ brought into the US by the president’s refugee program guided by the United Nations.”

Many of these refugees happen to be from Somalia.  There is another story out of Minnesota.  The US infection rate for tuberculosis about 4%.  But some refugees that are being brought in from around the world are upping that in Minnesota to 28% now.  Twenty-eight percent of these refugee arrivals are testing positive for TB.

And you think, “Well, wait ’til Obama finds out about that.”  No, no, no.  No, no, folks.  That’s not “wait ’til Obama finds out about that.”  That’s mission accomplished.  Remember the root of all evil as seen by Obama.  White male Christians.  It’s not opinion.  You just follow what Obama and all these leftists Democrats say. Look at every grievance they’ve got, trace it back to its original, and you’ll find one group of people they blame for it all.  They founded the country and they ran the country and they did it for themselves and they set it up to discriminate against everybody else and it’s time they got paid back.