RUSH:  Up next on the phones is Mike in Trenton, Ohio.  Mike, I’m glad you waited, and welcome.  Great to have you here with us.

CALLER:  First off is that it’s an honor to speak with you, Rush.  I tell you, I’m a recent convert.  I’ve lived my entire life with my father teaching me liberal ideas, and he’s always been a Democrat, and within the last — I don’t know — four or five years, I’ve come to the realization that it’s all a lie.  And I’m a member of a major union.  I’ve worked for two major unions in my entire life, and I’m still a member of one, and I just… Everything about it is a complete lie.  I mean, I can’t really even describe how much I’ve been lied to —

CALLER:  It’s just shocking.  It’s shocking.  When I came to the realization of it, Rush —

RUSH:  How did that happen, by the way?

CALLER:  Well, I’ll be honest with you.  When Barack Obama became president.

CALLER: I thought, you know, maybe things are going to be the way they should be, and things are gonna be better.  And the more things that Barack Obama did, I’ve realized that, my God, he’s not trying to help anybody.  He’s not trying to help people. You know, whether it be white Americans, black Americans, he’s screwing the whole country over, and he doesn’t care.  And I’ve been to training sessions with the union that I’m in now, and they’re basically… You know, I went to a training session and I had a guy, and he basically stated in this class that he would rather give his money to the government than to his own family when he passed away.  And I was like, “Are you nuts?  Seriously?”

CALLER:  Does your family know this?

CALLER:  It’s nuts.  And, you know, my situation is, my entire family on my mother’s side is conservative.  My family on the left said is liberal.

RUSH:  That’s gotta be fun Thanksgiving and Christmases at your family.

RUSH:  Hang on here a minute, Mike.  I’ve got an obscene profit time-out here, a commercial break.  Back in a moment. 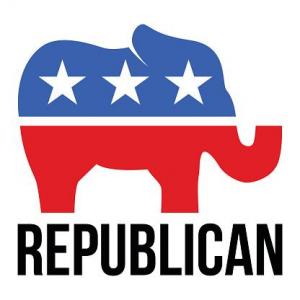 RUSH:  Back to Mike in Trenton.  So your family, mother’s side conservative, father side liberal or vice versa, but you —

RUSH:  — saw the light.  What caused you to see the light?

CALLER:  Well, you know, when Obama got elected I thought everything was gonna be great.

CALLER:  I was a member of a major, you know, union.  I ate that propaganda and all that stuff. And the thing of it is, I’ve got an uncle, and he used to be a US congressman for my area, before Buz Lukens was elected.  I felt more akin with him than anybody.  We would talk and everything he would say to me I really just believed in.  And so I started listening to you about five or six months ago, and everything you said, everything I heard on the radio, I thought, man, that makes sense.  You know?  Everything that you see anymore with the Democrats is crazy.

RUSH:  It’s not true!  The thing about it is that nothing’s real on that side anymore.  Everything’s spin, everything’s buzz, everything’s a lie.  They can’t afford truth or reality.  Everything is made up.  Yeah, I can imagine the conflict that you had.  You probably realized it a lot sooner than you think you did.  You just didn’t want to admit it.  It’s gotta be tough, your family being divided the way it is, and your union ties and so forth.

But welcome home.  It’s great to have you on our side.  It took courage on your part, too, because your union buddies, like your guy who said, “I want my estate to go to the government when I die and not my family.”  That’s really smart, isn’t it?  I mean, that’s indoctrination, pure and simple.  Mike, I appreciate the call.  Thank you very much.