CIA Director Contradicts Obama on Everything

RUSH: Two things have happened in the last two days that made me curious, things I haven’t yet discussed.  Well, one of them we have.  Remember yesterday, I made a big deal of it. The CIA director goes on TV — well, appeared before a Senate committee — and totally threw Obama overboard on ISIS.  And Obama today is before us saying that we’ve got ’em under control. Obama’s saying that ISIS has never been in worse shape, that we’re bombing this and we’re bombing that.

We’re taking out their oil infrastructure, and they’ve never been weaker and they’re retreating and doing this and that and the other thing.  And the next day, the CIA director goes before the Senate and says the exact opposite on everything, and they’re stronger than ever. We have been ineffective in stopping them.  It was dramatic, folks.  It really… The Drive-Bys didn’t focus on it, obviously.  But it was dramatic.  John Brennan literally contradicted everything his president said.

State Department Revolt Against Obama on Syria Is All About Hillary

RUSH: And then I saw this last night.  And I had to read this from three or four different sources to understand it ’cause the writing is so confusing.  This version is from the Wall Street Journal.  “US State Department Officials Call for Strikes Against Syria’s Assad — Dozens of officials sign confidential document protesting Obama administration policy, urge regime change.” Now, the first version of this was so convoluted I had to eventually find this.

The upshot of this is there are 51 or 52 people at State Department who are dramatically opposed to the fact that we’re just letting Assad run roughshod in Syria, that we’re not doing anything to stop him.  And they all wrote and signed a confidential document stating their disagreement and Obama and the administration and demanding that we take out Assad and Damascus as the only way we’re ever gonna be able to deal a serious blow to ISIS. 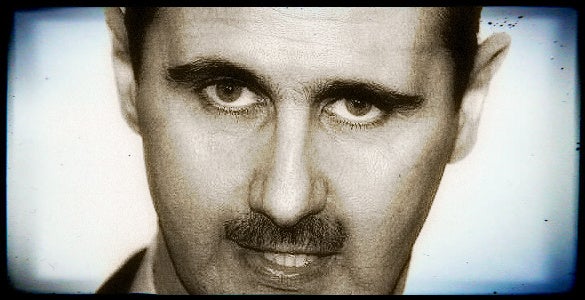 These are progressive leftists, and 52 of them have had it.  And they signed a confidential — leaked, obviously, one of them leaked it — stating that our current policy is a waste. It’s the ineffective, irrelevant, and we need to take out Assad and we need to take out Damascus.  So I’m asking myself, now, what…? You know, with this bunch, the first thing you say is, okay, what is the deceit?  Why would Obama order this kind of thing to happen?

And you deal with that, say, “Okay, maybe that’s not what happened here.” So the next possibility: Why the revolt?  I mean, it’s been 7-1/2 years and this stuff hasn’t happened.  I don’t have this… There hasn’t been anybody come out, for example, and say that Obama’s foreign policy in the Middle East, sidling up to the Muslim Brotherhood was disastrous. There hasn’t been anybody come out and say, “Oh, my God, what we’ve done to health care is an absolute disaster! Oh, we’ve ruined it!”

But now, when it comes to ISIS, we’ve got the CIA and elements in the State Department now publicly disagreeing with and whatever else you want to say Obama on this.  My original thought was, “Is there a revolt going on here?  And, if so, what could be the explanation for it?”  And then I had to grab hold of myself and say, “Wait a minute. It’s not that. There’s no revolt going on.  Not in the sense that you probably understand it.”  I finally figured out, these are all Hillary people.  I don’t know about Brennan, but I wouldn’t be surprised.

These are all Hillary people who are doing everything they can to separate Hillary from Obama and this disastrous policies of his involving ISIS.  Because they think the Hillary campaign can clearly see… The Hillary campaign does not want to run for office having to echo what these clowns at the Regime are saying.  Hillary doesn’t want to have to run against Christians.

She doesn’t want to have to blame the Second Amendment for this.  I guarantee you… Well, I can’t guarantee you.  I am surmising that what this actually is, is Clinton people trying to separate her from what they see as very potentially damaging, disastrous, incompetent, immature, irrelevant Obama foreign policy.  That’s the explanation.  It has to be.

Gays and Lesbians Arm Up

Not even you.  Maybe it’s not a big deal when a radical Muslim terrorist attacks a bunch of others, but when he targets gays, that’s when you… As a protected Democrat constituent, that’s when you would expect your government to do whatever they could to stop it, prevent it, punish whoever did it.  No.  Apparently gays and lesbians are arming up.  Does not Obama know, by the way…? I know he does, and this is strategic, too.

Obama has to know that every time he goes out and starts talking anti-gun, he knows that he is the best salesman for guns in the country.  Let’s admit it, folks. You know he knows that. You know that Obama knows that even more guns are sold every time he opens his mouth about it.  So, given that he knows that and continues to do it, for what purpose?  Anybody want to make a guess?  Be honest here.  Obama is not ignorant here.  He knows full it happens every time there’s an event.

People go out and buy guns, and you hear the stories, the stories are written, the media writes ’em ’cause they can’t stand it.  Now gun sales among gays and lesbians.  How does anybody know, by the way, that gays and lesbians specifically are arming up in Denver? How do they know?  No, no, I’m just asking here. I’m just asking as a concerned citizen.  You know, you work at a gun shop, the door opens, here comes some people want to buy guns.

And all of a sudden you say, “Hey, man, you ought to see how my business among gays and lesbians is skyrocketing!”  “Yeah? How do you know? Are they telling you?  Are they tell you, ‘I just saw 53 of my people gunned down in Orlando; I can’t count on anybody else.  I need a gun’?  Is that how they know?” Remember, this is open-minded, nonjudgmental Colorado we’re talking about here. (interruption) What do you mean, maybe it’s two girls coming in to…?

Are you telling me the gun shop owner’s gonna assume that they’re lesbians if two girls walk in there and want to buy guns?  “Gun sales are surging in the wake of Sunday’s deadly mass shooting in Orlando, Fla. The tragedy is generating new debate over gun control reform and the right to bear arms,” which is absurd. What’s different this time is the clientele.

“Mike Smith, a firearms instructor in Colorado Springs, is one of many closely tracking the sudden surge in gays and lesbians buying weapons.  ‘I think right now because of what happened, people are looking for answers,’ he said. ‘You walk into a gun shop and you expect to see people, frankly, who look like me. I think we forget we’re a country of all people, not just people who fit that predetermined mold.'”

“The Pink Pistols…”  If you’re just patient, you knew I would have the answer for you here.

“The Pink Pistols is a national gun club for gays and lesbians. It saw its membership soar from about 1,500 members on Saturday to 3,500 on Monday.  Dozens of new chapters are springing up, including one Smith is creating in Colorado Springs. He said it’s something he feels compelled to do, even though he’s heterosexual.” Even though he’s straight, he is in solidarity with gays. “‘I look at it as a disenfranchised minority that needs someone who’s willing to say I’m a resource who’s here and willing to help,’ he said,” and here’s what it costs.

Well, he’s selling guns.  He says he straight, but he’s helping the Pink Pistols expand their membership and arm up.

RUSH: I just saw that the Russian track team has been banned from the Olympics.  The male track team.  Why would that be?  I just saw.  I have no idea why. Is there doping scandal? (interruption) Oh, you’d heard about this? I just saw it.  You knew about this before I saw the headline.  I can understand if the East German women’s team had been banned, but they don’t exist anymore.  They’re now prison guards Siberia.

All-Female College Agrees to Accept Men who Identify as Women