RUSH: Ted Cruz went to the floor of the Senate yesterday to talk about the incident in Orlando.  See what you think of this.  We have three bites.  Here’s the first one…

CRUZ:  Democrat after Democrat, standing for hours, incensed not at ISIS — incensed not at radical Islamic terrorism — incensed that Americans have the right to keep and bear arms.  I think the American people find it ridiculous that, in response to an ISIS terror attack, the Democrats go on high dudgeon that we’ve gotta restrict the Second Amendment rights of law-abiding citizens.

Let’s be honest about this. Democrats have succeeded, via the educational system, in really dumbing down two generations of Americans.  You know, I’m gonna find that Howard Zinn story.  I’m gonna lead with that in the monologue segment the next hour.  It will explain a lot.  All you have to do is patrol social media. All you have to do is look at the comments on I don’t care what website you go to. The ignorance, the anger, the outrage at us is everywhere.

You don’t find any outrage at ISIS on social media!

You don’t find any outrage at terrorism.

You don’t find any.

The anger is full-throated and singularly concentrated on us! 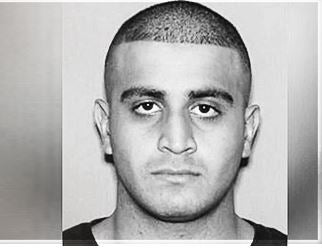 Here’s the next Cruz sound bite…

CRUZ:  Over and over again, we have seen the Obama administration having ample information to stop a terrorist attack.  And yet, because of the political correctness, because of the ideology of this administration that won’t even say the word “jihad,” won’t even say the word’s “radical Islamic terrorism,” they look the other way, and the attacks go forward.

RUSH:  Let’s squeeze the final one in.  I can only do that with no commentary.  Here goes…

CRUZ:  President Obama and Vice President Biden are going down.  They will no doubt give a self-righteous speech about gun control, trying to strip away the rights of law-abiding Americans.  How about them standing up and having the president pledge that ISIS will be driven from the face of the earth?  You want to see a response to murdering innocent Americans? “If you declare war on America, you’re signing your death warrant.”  That is the response of a commander-in-chief.  That’s the seriousness we need.

RUSH:  Well, why don’t we have it?  And why aren’t the American people outraged that we don’t have it?  Hmm?  There have to be answers to both of my questions.