RUSH:  Okay.  Folks, would somebody explain a few things to me?  I really need some help in understanding things today.  In the first place, I thought, because I was told, that Barack Obama’s speech last night was fabulous.  It was just great.  It was uplifting. It was positive. It was Reaganesque.

So why wasn’t every Democrat in that convention hall last night angry and fit to be tied.  That’s not what they believe.  Why weren’t there mass protests? That’s not who he is.  He doesn’t talk that way, except at election time.  Republicans always have to face up to the fact that the Democrats are gonna try to co-opt conservatism at election time.  But why wasn’t every Democrat in that place last night angry?

And before you think that I’m going off the deep end, are these not the people of open borders and letting anybody and everybody from any war torn ISIS dominated area of the world come into this country unchecked?  Aren’t these the people that tell us we are not to see what we see when we see crime, when we see terrorism?  And yet all of a sudden these people are obsessed with what Donald Trump said because somehow he’s putting America at risk, he’s somehow sidling up to Russia.

Barack Obama is the man who told Dmitry Medvedev (imitating Obama), “Hey, Dmitry, tell Vladimir just relax.  I’ll have a lot more flexibility after I win reelection next month.”  That was in 2012.  It was Hillary with this massive stupid red button toy reset button with the Russians.  But seriously, Donald Trump still hijacked Tuesday night at the Democrat convention.  He hijacked last night at the Democrat convention.  He’s still dominating news coverage today.

Would somebody explain to me why they care?  I mean, if Trump was so off the wall, if Trump was so irresponsible, if Trump had done something that is essentially self-defeating — and this is what they’re saying and hoping — if this was the big Trump implosion that everybody has been waiting for since last July, then why are they still talking about it?  Why are they so upset about it?

I’ll tell you, I’m gonna answer all of my questions.  But the answer to the last question, they know full well that what Trump said is profoundly effective in defining who they are and who Hillary Clinton is and what all of the controversy and scandal that swirls around her is all about.  Trump just continually reminds everybody that she is not the woman portrayed at the Democrat National Convention.  That speech last night, I mean, taken in its own cocoon and bubble, I guess you could say it’s a great speech, but it doesn’t relate to anything real.  That’s not who Obama is and it’s not what he really thinks.

Let me tell you something.  If Obama had been, the last eight years, in word and policy, as he was in that speech last night, we wouldn’t have a prayer.  If Obama had been what he was last night for the last eight years, there would be no Republican Party.  He would have everybody.  If he had governed the way he says he believed last night, there wouldn’t be a Republican Party today because every Republican would have signed on with it.  Because it was the conservative Republican Reagan agenda spelled out for the most part.  I mean, exceptions to everything here.  But that’s not who Obama is.

Obama is Mr. Apology Tour.  Obama is the guy who thinks America’s founding was unjust and immoral.  He doesn’t relish it.  He doesn’t cherish it.  Obama resents it, and he’s made this perfectly clear his entire political life.  And those Democrats that were cheering last night, they’re gonna need therapy ’cause they’re not gonna know which is which.  Well, that’s not true.  They do know which is which.  They were only applauding that last night because they — but this ought to even tick them off.  They gotta be saying to themselves, “If this is what we have to say to win, if this is what we have to do to win?”  Of course, they don’t care, they’ll do anything to win.  But for some of their true believers, this had to be The Twilight Zone last night. 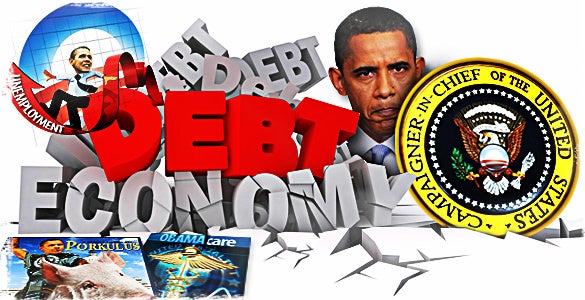 We would have a growing economy.  We would already have a legitimate recovery from the recession.  Something else that would have happened if Obama really believed what he said last night and had implemented policies based on it: We wouldn’t have had all this negative talk for 7-1/2 years about how devastating that recession was because it wasn’t.  It wasn’t a near financial collapse.  That was all BS.  It was a recession.  It was an economic downturn.

But it was not the end of the world like they portrayed.  But Obama has portrayed it to be so negative and so bad that not even he — and Bill Clinton said this four years ago, that nobody could have done better. “I couldn’t have done any better with Obama’s economy.”  They wanted you to think it was near death — and that’s the excuse for Obama not having fixed it.  He’s still trying! He never gets the blame for any of it.  He deserves the blame for every economic aspect of life in this country today.

Her unfavorables, her untrustworthiness, is 68%.  And the speakers this week have not moved that number.  Trump’s lead has increased a little in pretty much every poll every day this week.  If Obama really had believed all that he said last night, if he had implemented policies that he said last night, the Republican Party would seriously be searching for reasons to exist, because Obama would have co-opted the Republican Party.

If Obama had actually talked the last eight years like he talked last night, if he had implemented policies like he suggested, he would not have won reelection in 2012 running as a Democrat.  I mean, that’s how extraordinary this was, the optimism alone.  Obama is not optimistic.  The Democrat Party is defined by its vision of dystopia.  They want it.  They thrive on it.  They live and breathe it. Because in dystopia, people turn to government for their very existence.  If the country’s doing so well, why do we need a “change maker”?

RUSH:  I got an email, I checked the email during the break.  “You’re not spending much time on Obama’s speech.”  That’s right.  He didn’t mean any of it.  How do I know he didn’t mean any of it?  Why was last night the first night we’ve heard a bunch of this stuff from him?  First time in eight years.  Seven and a half.  Well, eight, when you count the campaign of ’08.  Why?  If he believes all of this stuff, where was it?  If he believes all this stuff, why did he go to Reverend Wright’s church?