Okay, the door’s opened and a giant cake is being brought in here that I accidentally saw when I went back there. I saw the cake and I didn’t say a word about it and I saw you snuck the 28th anniversary balloon in here. (Staff yelling, “Happy Anniversary!”)  That is a gorgeous cake.  I have to tell you. I see it says “28.” I saw the cake back there in the kitchen.

It’s a gorgeous, gorgeous kitchen.  (Snerdley, “Every day is gonna be like this?”) I don’t mean the anniversary; I’m talking about this gunk in the news, that’s what I’m talking about, which I will get to.  You know, this is so easily avoided.  Not the cake.  The gunk.  I knew you’d do a cake even though I’ve told you for 28 years not to do it — they do it every year.

We are starting our 29th year today here on the EIB Network.  We just have a couple of things from the past in terms of audio sound bite-wise that we’re gonna do later in the program.  Cookie put together an incredible montage.  She wanted to find 28 different characterizations of me by either people in the media or the Democrat Party, so she went back and examined transcripts and then tried to find the corresponding audio. And she said, as she got going on it, it turned out to be a lot of fun and there’s more than 28 of them.

So you’ll hear it.  It’s one of these things that just a series of everybody and their uncle in the media and the Democrat Party and the ways they have discussed me or characterized me over the course of the past 28 years.  It’s funny.  And the theme of that, that’s probably the theme of the sound bite.  There’s only three or four of these, folks.  We’re not gonna spend anywhere near the whole program on this.  But there’s a great one from William F. Buckley Jr., the way he introduced me my first time on Firing Line, which was just incredibly perceptive.  And I’d forgotten it ’til I saw it here.

Okay.  Now, as I mentioned here — and, by the way, thank you guys for doing this now instead of waiting ’til one o’clock because this is likely Apple beta software release day which always happens at one o’clock, and, if that had happened at one o’clock, that cake would have stayed in there until two o’clock, if today’s the beta release day.  Just wanted you to know.  Since you did it now, it’s not gonna be a conflict, a problem.

RUSH:  That is a delicious cake.  I went in there and I had a couple of bites of it, and it’s my favorite kind.  Favorite kind.  Great.  I appreciate it.  Greetings, and welcome back, my friends, we’re starting our 29th year today.  We’re at the Excellence in Broadcasting Network.  Anniversary 28.  It all started August 1st, 1988, in New York City.  I think back a lot.  I think back to the early days.  I listen to how, even after 28 years, this program and its origins are — to this day — mischaracterized. It’s purposely done.

They’re misstated on purpose, ultimately for the purpose to not have to admit (or to damage) the actual commercial success of the program.  The criticism is oriented toward making it look like this program’s the result of never-ending financial backers and donors, of which there are none and never have been any.  But even so, you know, the first few months were… I mean, all of it was fascinating.  You know, I have a theory that, when you look back, you tend to remember the good things.

Some people obsess on the negative, but most people… That’s what nostalgia is.  You remember the good things about it, and I do.  That’s true of me, too.  I remember some of the struggles, and I remember on numerous occasions thinking that we weren’t gonna make it. But not because of me, interestingly.  For other reasons.  But I was wrong.  We did make it.  And just as Donald Trump has been in the public eye for 30 years and it is only recently he became a racist after he decided that he was going to run for president, it was the same with me. 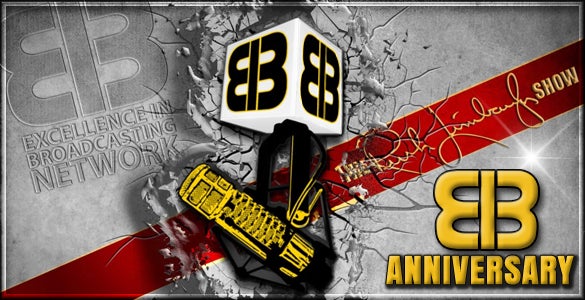 My entire life I had never been known for hating anybody.  I had never been known for bigotry, racism, sexism, any of the phobias. But within a month of starting my radio program, I was all of those.  And I didn’t understand it at first.  I didn’t understand any of it at first.  You know, in a sense — and this just occurred to me. In a sense, 28 years ago I was kind of like Trump is now, in the sense that there was nobody to tell me anything. There was nobody to really advise me.

I had a couple of people who correctly identified what was going on.  I mean, a lot of people said, “You need to hire a PR firm, Rush. You need to answer some of this stuff.”  So we interviewed a couple PR people, and I learned very simply, PR people, you pay them to tell you what kind of work you have to do.  I said, “I don’t need that. I already know what I need to do!” But one of them, a guy name Bob Dilenschneider, said, “You know, you’re worried about this way too much.  That only means one thing, and that is: You’re too effective.

“And as long as you remain effective, you’re gonna be a target for destruction to these people. So you may as well get used to it, and there’s no PR campaign you can mount to do away with it.  They’re always gonna be coming for you.” Because I had transcended the realm of radio and broadcasting and entertainment, and I found myself front and center in American politics, which was not the objective. But the people that constantly criticized the program claim that was the whole purpose.

“Limbaugh and his backers decided that there was a vacuum of conservatism in the media and so sought to immediately fill the vacuum!” It was nothing of the sort.  We were pursuing profit, pure and simple.  We were pursuing commercial success.  That was gonna define whether we made it or not, not whether we’d come to matter to anything or anybody in politics.  Anyway, so here we are, and Year 29 has officially begun.