Republicans Were in Trouble Before Trump

“There’s a mutiny inside the Trump campaign. Uh, Trump is thinking of quitting! There’s an intervention being planned because Trump doesn’t know what he’s doing, and a lot of Republicans are so fed up and so angry that they’re publicly signing on with Hillary Clinton.”  That’s a microcosm of what’s being reported here in the past three days, five days, past week.  Let me ask you a question:

He got six delegates with $100 million.  Now, my point is: We’re hearing now that because of Trump the Republican Party is in a freefall.  It was in a freefall before all of this happened, which is why this is happening.  And the freefall that it was in is illustrated by the fact that Jeb’s $100 million didn’t get him the nomination.  Now, stop and think if you were part of that apparatus. You’ve gone out there and raised $100 million.

But that wasn’t the case.

But that’s what they’re trying to invent and make you think was the case, so they can end up blaming all of that on Trump.  Well, and others, too, but primarily Trump.  The point is the Republican Party was not on an upward trajectory as the Republican primaries began.  Most people that were prepared to vote Republican were not energized.  They were not thinking that whoever the nominee was was going to take on the Democrats — and they weren’t. 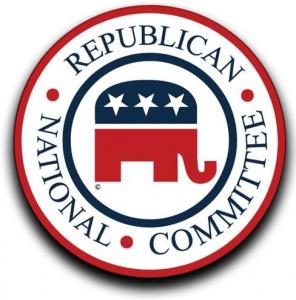 But that’s not the way it was, because had it been that way, Trump would not have succeeded.  Had there been all that happiness, had there been all that loyalty and all this support for the party like they’re trying to make you think existed — and that Trump has somehow done the damage to the Republican Party? There’s a lot of damage that’s been done to the Republican Party, but you can’t say it began with Donald Trump.