13-Year-Old Gives Us Hope — And His Own Never Hillary App!

RUSH:  This is 13-year-old Walker in Sioux Falls, South Dakota. (Keep audio sound bite seven standing by.)  Walker, how are you, sir?

RUSH:  It’s an honor that you are listening today.  I appreciate that. Thank you. What’s up?

CALLER:  I go to public school, and last year my teacher tried to tell my whole class that communism and socialism are the best form of government.  So I stood up and proved him wrong.

RUSH: (chuckles) You did?

RUSH:  You proved them wrong?  Did they admit they were wrong, or did you just prove it for the class?

CALLER:  I proved it to the class, and my teacher pretended like he couldn’t hear me.

RUSH: Wait a minute. Were you the only one speaking at the time you stood up and proved him wrong and the teacher still said he couldn’t hear you?

RUSH:  Do you think that you succeeded in getting through to your other classmates, convincing them that your teacher was not right?

RUSH:  Way to go.  Did you go home and tell your parents about this?

RUSH: What did they say?

CALLER: What I told [the teacher] was that socialism, first of all, isn’t the best form of government because all socialism does is make everyone in the society lazy. Because no matter if you’re sitting on your couch all day or working as hard as you can, you still get paid the same amount of money.  And communism is even worse, because they don’t give you money; they give you exactly what you need and don’t let you have the freedom to use your money how you want to use it.

RUSH:  You are so right. The other thing… You left out just one thing: Communism has to build a wall to keep people in, because most people want to escape it.

RUSH:  Why did your teacher say socialism and communism were the best?

CALLER:  He was my social studies teacher, and I honestly don’t know.  I have him next year, and what I want to say to him next year… Because over the summer, because of this, I built an app.  It’s a Hillary Clinton app where you tap her face and every time you tap, it’s like a whack-a-mole game where she pops out of the White House.  Every time you tap her face, she says one of her silly quotes.  It’s called “Never Hillary Clinton.” 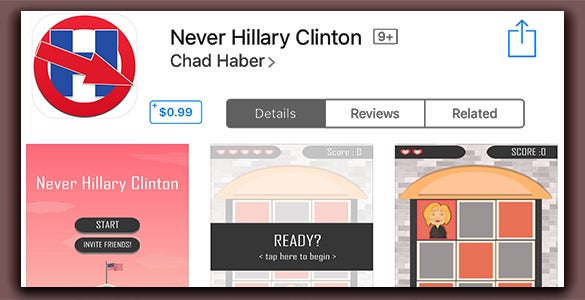 CALLER: So, what I want to do is show my teacher that anybody of any age can use the free market, by bringing back a successful app at the end of summer.

RUSH:  How old are you, Walker?  Thirteen?

RUSH:  See, it’s young men like you that gives us old fogeys hope for the future.  You keep going. Have you read the Rush Revere books, Walker?

RUSH: Well, stand by. No, no, no, no. That’s all you need to say. Stand by and give Mr. Snerdley your address.  I’m going to send you all of them. I’m going to send you all of them, so you can read them, because they will help you.  They’re right up your alley.  I would be honored to send these to you.  I have to take a break now, but I’m so glad you got through.  We’ll be right back, folks.  Don’t hang up, Walker! Don’t hang up.

RUSH: We had a sound bite here, by the way, of an 11-year-old.  We had a great 13-year-old caller, the last caller of the previous hour.  It was great, if you missed it.  He talked back, disagreed with a social studies teacher who was telling his class that socialism and communism are the best forms of government, hands-down.  Well, yesterday in Raleigh, North Carolina (not far from Durham, North Carolina), there was a Trump Pence campaign event during the Q&A and an 11-year-old Trump supporter named Matthew Schricker stood up and asked a question of Mike Pence.

SCHRICKER: I’m noticing that you’ve been kind of softening up on Mr. Trump’s policies and words.  Is this going to be your role in the administration?

PENCE:  I couldn’t be more proud to stand with Donald Trump and we are shoulder to shoulder in this campaign, my friend.

PENCE: Sometimes things don’t always come out like you mean, right?  And Donald Trump and I are absolutely determined to work together. 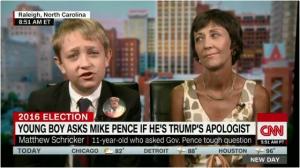 SCHRICKER:  I really think that listening to a few bad words coming out of Donald Trump is a better to a lot of people than people getting blown up by terrorists, people getting burned alive, people’s heads being chopped off, and people getting drowned.

RUSH:  So the 11-year-old kid puts it all in perspective.  If somebody could have just reminded him that the president had just paid ransom to the people that do all that, it would have been a grand-slam home run.

RUSH:  Hey, folks, we found Walker’s app.  We found it on the App Store.  It’s called “Never Hillary Clinton” by Chad Haber.  His last name is Haber, Walker Haber.  I’ve sent the link.  Thanks to Seton Motley for finding the app here.  We’ve sent the link up to Koko at RushLimbaugh.com.  This will save you for having to search for it.  There’s a lot of these kinds of apps.  In fact, we found a Never Hillary app that has an accompanying app, Never Trump.  We knew that wasn’t it.  We’ve found Walker’s app.

It’s 99 cents, which is nothing.  It’s not a big deal.  He’s 13 years old.  He was very proud of it.  He started to hype it before he ran out of time, and so we’ve got the link.  It will be up at RushLimbaugh.com.  You’ll be able to search for it that way.  If you want to search for it at the app store without waiting for the link it’s “Never Hillary Clinton” by Chad Haber.  That’s how it’s listed, and then the description of the app says, “My name is Walker Haber.” It’s a family project.  But it’s his app.  It’s Walker’s. 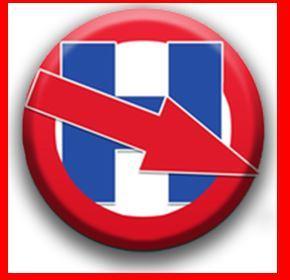 It’s a tap app.  It’s a fun little game.  So if you’ve got 99 cents to spare, you might be able to put Walker’s app here near the top of the App Store rankings for a while and see what happens out there. (interruption) Mmm-hmm?  (interruption) They are.  Snerdley is saying he just heard Apple is going to do something.  They’re going to pay bounties to white hat hackers that find bugs in root and kernel software.  Not the kind of bugs you would find using…

These are security bugs.  The top bounty they’re going to pay is $200,000  No.  It’s not like the stuff I find, that if you turn this switch off and back on it will change the way the thing is reading it.  No, nothing like that.  Those are not bugs, per se, as Apple is defining them.  These are things that you have to have root-level coding experience to be able to find.  I think it’s 25 grand up to 200 grand, depending on the kind of bug you might find.  What else about…?

Oh, Apple has also got themselves enmeshed in a bit of a controversy over this gun emoji.  It even got so ridiculous that there were apparently arguments inside Apple over which way they wanted their water pistol pointing, left or right.  I’m not kidding.  They had a gun emoji.  In fact, if you find the gun emoji… It’s in iOS 10.  It’s not out yet.  It’s out in September, but us beta testers have it.  It replaces the gun with a green water pistol.

But if you send the green water pistol, say, to an Android user or a Windows Phone user, it will show up as a gun because in their systems they still use guns.  But Apple switched it out to a water pistol.  And it’s got support in the tech community! “Oh, this is wonderful.  Apple should be distancing itself from these weapons of death,” and so forth.  Now you have to trust me on this: This is a minor thing.  You would never have even heard about this, odds are, if I hadn’t told you.

But it’s little microscopic stuff like this, folks — replacing a gun emoji with a water pistol — that starts resonating with people as a smart move to not promote the dangerous death aspects of a gun.  This is how you start creating mindsets and opinions in the minds of people that are not political.  This has nothing to do with left versus right, Republican, Democrat. “This is purely safety and sustainability of human life.”

So this is the kind of thing that happens in 2016, and, out of the blue, it seems like a majority of people support getting rid of the Second Amendment. “How the hell did this happen?”  You’d be able to circle back to something as seemingly as innocuous as this: Changing an emoji from an actual pistol to a water pistol.  Little, tiny stuff like this is the kind of stuff that ends up creating or moving or changing opinion.  I don’t know in this particular case how far it’s going to go.

But this is the technique.

This is how you get to people in almost a subliminal way.  The NRA will be aware of it, and they’ll be beating it back, and it’s going to be a point of controversy.  It’s not going to sneak up on anyone.  But other things like this do.  What I think I read was that Apple had rejected an anti-Hillary app that… They may now have been shamed back into accepting it.  But they were obviously… People didn’t know if it was just one reviewer in the App Store that had a bias or if it was a company-wide decision.  You never know those things.  But Walker’s app made it.  So go to RushLimbaugh.com, see the link, and tap on it if you want to go check out his app at the App Store.