The Five on Black Lives Matter — and Me

“US district judge James Robart is presiding over the implementation of a 2012 consent decree requiring Seattle to adopt various [federal] police reforms.” Seattle is one of the 30 cities where the Department of Justice is taking over the police department via these consent decrees. These communities have to sign these consent decrees or they forever lose federal funding of any kind for the police department. And what the Obama DOJ is doing, is taking over these police departments under the premise that they’re all racist, that they are not treating black citizens fairly.And I’m not exaggerating an ounce here on this. That is precisely what this is. In Baltimore they’re doing it; in Ferguson, Missouri, they have done it. Seattle is in the process of being converted now to federal authority. “The city’s police department was accused by the federal government of engaging in various practices, such as excessive force, that fell disproportionately on non-white residents and therefore violated their civil rights.” That’s the charge coming from the DOJ. And in order to “reform,” they must sign a consent decree. 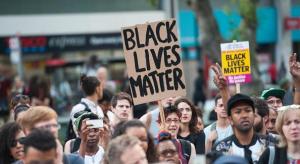 Meaning they must consent to everything that the federal government is alleging. If they don’t, they get no more federal money, no more assistance of any kind for the police department. And there are other penalties as well. “The consent decree was reached so the city could avoid fighting a costly lawsuit against the feds,” ’cause you can’t win one against them because they can print the money necessary to keep a lawsuit going forever. So you can add Seattle — liberal, liberal Seattle! You can add that to the list of police departments put under the boot of the Obama DOJ.

Anyway, during the hearing the Bush-appointed federal judge, in siding with the federal government, pointed out that Black Lives Matter. Here’s the second Black Lives Matter story from the Washington Times: “Black Lives Matter is increasingly awash in cash, raking in pledges of more than $100 million from liberal foundations and others eager to contribute…” The Ford Foundation is the latest gigantic donor.

“The Ford Foundation and Borealis Philanthropy recently announced the formation of the Black-Led Movement Fund [BLMF], a six-year pooled donor campaign aimed at raising $100 million for the [Black Lives Matter]. That funding comes in addition to more than $33 million in grants to the Black Lives Matter movement from top Democratic Party donor George Soros through his Open Society Foundations, as well as grant-making from the Center for American Progress.”

So here you have… What do you think Black Lives Matter is? Black Lives Matter, by the way, is simply the rebirth of Occupy Wall Street under racial auspices. It is a manufactured left-wing agitator group made to look like an organic, neighborhood, community-organized group. It is bought and paid for. It has a mission, which is to agitate and attack. I mean, Black Lives Matter. They mount… Well, you know what they do. But look at the people getting behind them.

Look at all the leftist causes getting behind them. I mean, this is… Black Lives Matter is in charge of helping to spread the lie of “hands up, don’t shoot,” for example. I mean, I’m hard-pressed to come up with just how egregious this is. I’m trying to think of an analogy of a… (sigh) I can’t. It just can’t. But it is unseemly, folks. This is the Democrat Party and leftists funding the continued terrorizing of American cities. I don’t know how else to put it.

RUSH: In other kind of oddball news, this is out of Baltimore from the US Daily Caller. “Sources say that a Baltimore police lieutenant has been suspended after sending an email that referred to protestors of the Black Lives Matter movement as ‘thugs.’ Lt. Victor Gearhart, a police union leader, sent the email out to the entire force, reports Baltimore CBS Local.

“In the email, Gearhart warns the police force to expect more ‘bad behavior’ from protestors. He also writes that the protesting might distract them from ‘killing each other.’ ‘By now you have seen that the THUGS from Black Lives Matter and other similar groups have attempted to disrupt the State FOP Convention being held at the Hyatt Regency Hotel.”

So he’s be suspended for writing that. Baltimore police lieutenant suspended after calling Black Lives Matter protestors thugs. Well, let’s resume the audio sound bites. We’re gonna go back to last night on The Five on the Fox News Channel. They were discussing Black Lives Matter and me. Co-Host Juan Williams starts it all off playing a clip from this program.

RUSH ARCHIVE: Black Lives Matter plans to shut down Graceland this week. Elvis Presley’s home. This is Graceland week, apparently. In Memphis people show up, and the Coalition of Concerned Citizens — I think Black Lives Matter is almost approaching unionized gang status now. … They’re rabble-rousers. And they’re gonna go into an event that’s always peaceful and try to cause trouble.

WILLIAMS: Well, Dana, Black Lives Matter is not in Milwaukee, but Rush seems to think this is like a contagion.

RUSH: See how this works? So they’ve got their little show here and they play a clip from me, and then they go to Dana. Dana Perino, I think she occupies the schoolteacher seat, you know, you’ve got the roundtable on that show, and you’ve got the kids, and she reminds me of the teacher in that setting, the schoolmarm, if you will. She’s the one that’s casting the glances, either approving or disparaging as each of the kids make their comments on that show. It’s not an insult. It’s just an observation. Anyway, Juan Williams, after playing that clip then goes to Dana Perino and asks for her to react to it.

PERINO: I don’t think that that’s unreasonable necessarily, especially because of social media. This problem is not going to be solved on talk radio or on cable news, but that really diving deep into these communities is what can solve it. No value system can be in place if the focus is always on survival. So that’s like Maslow’s hierarchy of needs. I think it actually gets down to that basic level because we can talk about it on cable news, but we’re actually not doing anything to help solve it.

So it’s interesting that in this instance she chooses to point out that the problem is not gonna be solved on their roundtable. She doesn’t disagree with me, by the way. “I don’t think that’s unreasonable,” meaning my comments. She doesn’t disagree, but then she says we’re not gonna solve this problem on talk radio, which is true, I mean, nobody’s laboring under any disillusion on that, I don’t think.

Anyway, the answer to this is political. The answer to this is ideological. You know what this is almost like? You know how the Regime will not identify terrorists. They won’t even use the word terrorism, and the Regime clearly will not ever use the words “militant Islamic terrorism” or anything related to it. By the same token, I think a bunch of people on our side of the aisle are in the process of being intimidated to the point that they will not correctly identify these leftist protest groups as being something other than protest groups.

These are not protests. When five cops are shot, 11 cops are targeted, when action like that, Milwaukee or take your favorite example, these are not protests. These are riots. These are planned, strategic, timed riots. And they’re usually tied to not a specific event, but to a cause. But if we’re not gonna be honest about what this is, if we’re not gonna be honest — we were not honest about Occupy Wall Street.

The Tea Party, I can’t tell you how it shook people up. The Tea Party is amazing. The Tea Party was truly one of the only organic developments in politics in recent history. The Tea Party had no leader. It didn’t have a single voice that was motivating it, mobilizing it, inspiring it. All of that was done by Barack Obama. And primarily two things: Obamacare and amnesty. And maybe throw in spending.

Those three things caused people who had never before been politically active, other than voting, to come out of their homes and start joining protest marches, attending town halls, harassing and interrogating — I don’t mean harassing, but participating in town halls, demanding answers from elected officials. They were predominantly Republican and conservative. It had never happened before and it scared everybody. It scared Washington, it scared Washington establishment types, of both parties. It scared them to death, precisely because there wasn’t a leader they could demonize to destroy it. It was the essence, it was the epitome of grassroots. 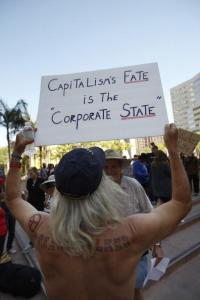 Where are the groups now? 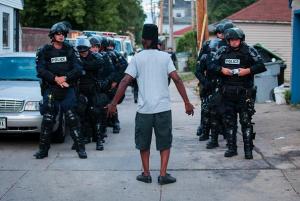 I mean, you don’t even hear about them, and you don’t hear about the Tea Party much. And so Black Lives Matter is simply the child, if you will, of Occupy Wall Street. The left started this group, defined however you wish. But it wasn’t organic, and it wasn’t made up of average citizens who had never been involved in politics before. These were rent-a-mobs that were bought and paid for, and they were given marching orders. Black Lives Matter sprung into gear, primarily with George Soros money.

George Soros’ objective is to agitate and vibrate the United States into a crumbling state of disrepair. Black Lives Matter is one of the many organizations he funds to do this. Now they’ve just collected a $100 million donation from the Ford Foundation and Borealis Philanthropy, proving that they are part of the left-wing, “the progressive movement agitation squad,” for lack of a better term. But if we’re not gonna be honest about this…

You know, Dana Perino said, “Well, we’re not gonna solve this on talk radio.” Nobody ever said we were. But we’re not gonna solve it, either, if we don’t properly identify it, and if people continue to get away with misrepresenting what Black Lives Matter is. Black Lives Matter is not organic. It didn’t spring up because people are mad over what happened in Ferguson or in Baltimore. This was created. As I say, it’s the child of Occupy Wall Street. It serves a purpose. It’s made to look like it’s organic.

The Democrats, working with the media, have the ability to characterize anything any way they want it. It is political. Black Lives Matter is political, and it is ideological, and it is part of liberalism. It is exactly the kind of thing you get with liberalism, and it isn’t new. The SDS, Students for Democrat Society, the Black Panthers, the Weather Underground, you name it. No matter how those groups started, they were all embraced by the Democrat Party — or liberalism, or what have you.