RUSH: The second thing is, “Rush, should I upgrade to the new Apple software release?”  Yes, you should.  Let me explain what happened here.  If you have an iPhone or an iPad, you need to, as soon as you can, go to software update in your settings and upgrade to 9.3.5.

What happened was this.  There’s an Israeli company that created an amazing piece of malware, and they offered it for sale, million dollars minimum.  The people who bought it were governments, primarily in the Middle East.  What this did, I guess the way to describe it would be a very sophisticated form of phishing, p-h-i-s-h-i-n-g.

It was one of the most amazing exploits — there were actually three, what they call zero day.  There were three different exploits here combined in this one hack.  Now, the odds that this is gonna happen to you are slim, but phishing is one of the most common tricks used to get people to, in a way in which they’re totally unaware, expose the contents of their devices.

You get an email from somebody, it’s a fake email like it’s from your credit card company or your bank, and it looks real. They tell you there’s a problem in your account, please click on this link, it says, and reenter your ID information.  And a lot of people fall for it.

Well, in this case, you would have totally burned your phone. You would have jail broken the phone, which meant no security, anybody behind this link could have gotten into your phone and found out everything on it, all of your passwords, every password that you’ve got, every person in your contact sheet, your address book. 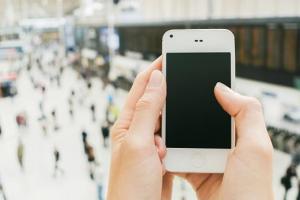 One of the emails said, “How come Apple hasn’t made a big deal out of this?” Well, they have in a way.  In the tech community they have, and they are relying on the tech community to get the word out, but. at the same time, you don’t like to admit that such vulnerabilities are possible.  So it’s been low-keyed a little bit.

That’s why I’m telling you to do it.  It’s harmless.  In fact, nothing else is gonna happen.  That patch is just gonna be placed on your phone, security is gonna be reestablished.  That’s the only reason to do it.  Doesn’t change, there’s no new features, there’s nothing that’s gonna make the phone run better or worse.  It just patches this giant security hole that was discovered just in the past 10 days.  So that is what it’s all about.

RUSH:  Say, if you happen to be running iOS 10 betas, public beta 7 was just released just now, developer beta 8. This is unusual.  If you’re running them, there’s a new one.  I am, and I’m excited! I’ll be back here when that finishes upgrading.