RUSH: Randall in Sioux Falls, South Dakota, are you there?  Three, two, one. 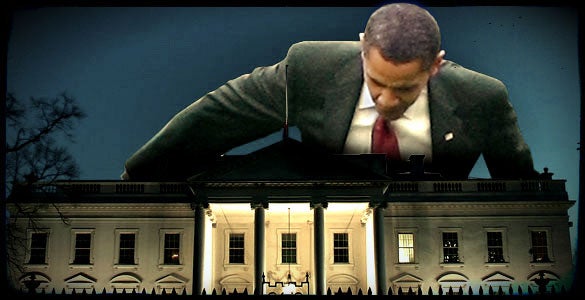 RUSH: Okay, he’s not there.  What was he gonna say?   He was searching for a reason to vote for Trump and he found it. He’s the only one who will put Obama in his place after his term is done.  Okay.  So the guy was opposed to Trump but wanting to find out a reason to vote for him, and he found it.  Trump’s gonna be the only guy to put Obama in his place after his term’s done.  What does that mean? (interruption) Oh!  Oh!  Well, by the way — thanks for the reminder — Obama has announced that he and Moochelle (My Belle)… Wait.

I guess she’s part of it. They’re staying in Washington, ostensibly so that the girls can finish their education, so they won’t have to be uprooted.  Well, maybe.  But the reason Obama is staying there is to protect his legacy.  I am here to tell you, folks, whoever the next president is — if it’s Hillary, if it’s Trump, if it’s Tim Kaine, if it’s Biden, if it’s Crazy Bernie, whoever it is — whoever it is the moment they try to unravel or undo anything Obama holds dear, he is gonna go to the media.

He is going to be raising holy hell about it. He’s gonna be violating all of these so-called traditions of former presidents going away and shutting up and letting their successor have the stage.  That is not gonna be Obama.  You just wait.  Doesn’t matter.  If Hillary tries to change Obamacare, if Hillary tries to do anything, like keep Gitmo open, you name it?

That might not do it, but something that he thinks is important to his legacy, he is gonna call his buddies in the media (which is all of them), and they are gonna raise hell at this new president, whoever he is.  So this guy was saying, “I want Trump! I want Trump just to hand it to Obama, and I think Trump will be the guy to do that, so that’s why I’m voting for Trump.” That’s what he was gonna say.