A Few Words About My Friend Ernie Mai

RUSH:  Yesterday, ladies and gentlemen, I flew into Kansas City for the funeral, the memorial, of a really good guy, a great, great friend of mine, from the days that I lived in Kansas City.  I was in Kansas City from 1975 through ’84, it was ten years, and I met Ernie Mai, M-a-i is how he spelled his name. I met him around 1980, shortly after I had started working at the Kansas City Royals. Maybe before then. It was right around the time, ’79, ’80, in that area, and I’ve told you about the shack that I lived in.  And it was.

I lived in Overland Park, Kansas, which was considered a very upscale zip code, but not my part in it.  I was one of these people that bought a house that had no business buying a house. It was ’79, it was ’80, interest rates were 12, 13%, and the whole thought process was you’ve got to own a house, you’re throwing away money renting.  You’ve got to buy a house.  I didn’t have enough. I didn’t earn enough money to own a house and keep it up and I didn’t have enough money to really buy a decent house, but I got caught up in the whole home sale business.

Ernie was just the nicest guy and he worried so much that I had bought this house. He worried it was literally gonna fall in on me.  Routinely in the winter you’d get 10-below nights in Kansas City and he would come over and look at the furnace.  His business, he was in the construction business.  He restored burnt-out office buildings and homes, specialized in restoring items destroyed by fire, properties destroyed by fire.

And he’d come over and he’d just look at me. I’d ask him about the furnace or the air conditioner, he looked like Jack Lemmon, by the way, he’d look at me, just shake his head as though you’re in a hopeless situation here.  You are living on a wing and a prayer that this thing is gonna stop working tonight.  And he was funny.  He had the greatest kids.

In fact, I couldn’t even afford a lawn mower, nor did I have the time to mow the yard.  It was 18-hour days during home stands. So he sent his kids over to mow the yard every two weeks.  They’d show up in the car, get the lawn mower out of the trunk, they’d mow it, smiles on their faces. I would do my best to get them Royals tickets when I could.  In fact, the oldest son, Dan, met his wife — their son just got married a week ago, you talk about a bittersweet, their father dies, Dan’s father dies, a week later is their son’s wedding.  It’s a bittersweet moment.

But I was thinking about the crapshoot that life is, because when I was living in this shack — I mean, it was not like Obama’s brother’s hut.  I don’t want you to misunderstand, but I had no business being there. I couldn’t make the house payment and the MasterCard payment together in the month.  They both came in the same 15-day period and I couldn’t make them both so my MasterCard was always late and I ended up losing it for a while because of it. 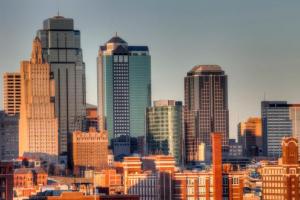 Ernie lived to be 88 and he was just always smiling and laughing, set a great example for everybody, everybody loved him, he had tremendous friends, and it was just a shame.  Everybody has to pass away, but he was important to a lot of people.  And I couldn’t let the day go by without mentioning how much love I had for their family and respect.  A lot of them get away, go out to Beaver Creek, some on their way now, ’cause it’s been a bittersweet couple of weeks.  I’ve been to Beaver Creek out in Colorado, Vail and Eagle, used to be a member of the golf club out there.  Ego Springs it was named. It’s actually Eagle Springs.

But he was just one of these unique people.  We’d sit around, for example, Ernie, he was a very successful guy, but there were still, in the neighborhood — I was across the street and a couple of neighborhoods away, but across the street and a couple neighborhoods away from Ernie were the really big monstrous mansions, and we’d sit out in his backyard and look over at ’em and wonder what the people who lived in ’em did.  And I would say, “Ernie, don’t worry, those people are in debt, you can’t believe it.”  He said, “To hell they are, they’ve got $500,000 of automobiles in the driveway.”  And we’d chuckle and yuk it up and go driving through the neighborhood wondering what those people did.

He later in life got interested in flying with the Oshkosh air show and was just in his element.  He had a nickname for everybody, too.  But I’m gonna miss him a lot. His kids have become good friends as well.  It happens when you get older, you start losing people, really, really good people.  Anyway, I appreciate your indulging for me that couple of minutes.