Michelle (My Belle) Campaigns Against Trump in Philadelphia

RUSH: I mentioned in the previous hour Politico story: “Clinton Campaign in Panic Mode over Black Voter Support in Florida.” This is interesting. I mean, the conventional wisdom from the Drive-By side is if Hillary cannot get close to replicating the Obama turnout, particularly in African-Americans, that she is in deep, deep doo-doo. Now, Hillary, of course, counters this by going out to black events and trying to sound like she’s African-American.

(impression) “I ain’t no ways t’aaaird!” When, in fact, she can barely stand up, she’s so damn tired. “I ain’t no ways t’air… (coughing) t’aired!” It’s not working. So she had to send Moochelle (My Belle) out as a surrogate in Philadelphia today at La Salle University during a Hillary Clinton campaign event. We have the first of two sound bites here from the first lady.

MICHELLE: No one in our lifetime has ever had as much experience and exposure to the presidency, not Barack, not Bill —

RUSH: Here we go with this again. Stop the tape. You know, this is insulting my intelligence. Here we go again with a variation on the theme that nobody has ever been more qualified than this fraulein, Hillary Clinton. For crying out loud, Obama said it at the convention. He said (impression), “Bill, you know what? We’re gonna have to admit it I mean she better than you, Bill, and, you know what, she’s better than me. She more qualified than I was.” Oh, my God, grab the Stradivariuses.

I could barely keep my dinner down when I’m listening to that tripe, and here we have to hear it again. Hillary Clinton more qualified than George Washington and Abraham Lincoln, than John Quincy Adams, than Franklin Delano Roosevelt, than Ronaldus Maximus. Magnus. Ronaldus Magnus, not Maximus. He was Ronaldus Magnus. Anyway, so now Michelle’s getting in on this. Is it fascinating? She’s so unqualified, look at how they have to oversell her. This simply just isn’t unbelievable, but here it is again.

I promise I will not interrupt the bite again. I promise.

MICHELLE: And yes, she happens to be a woman.

MICHELLE: We cannot afford to squander this opportunity, particularly given the alternative —

MICHELLE: — because we know that being president isn’t anything like reality TV.

MICHELLE: It is not an apprenticeship, and it is not just about fiery speeches or insulting tweets.

Why…? If they had such a great night…? Why, if Hillary smoked Trump out of Hofstra University, why in the world are they campaigning this way? Now, this fundraise this way. Look, they use me for fundraising. They’ve convinced. That’s why when Obama is addressing fundraisers, he always blames me for everything because I am gold. I am fundraising gold. Democrat donors hate me so much, they hear my name and they run to their checkbooks. (chuckles)

They just do, and that’s because the left has succeeded in ginning up this hatred. I’m a lovable, harmless, lovable, little fuzzball. There’s nobody that knows me that hates me. But, anyway, that’s what Obama does and that’s what they’re doing here. They’re throwing down this Trump’s the devil; Trump’s this or that. They can’t tell anything positive about Hillary. There isn’t anything! There is no positive record other than she “cares” about things and children and so forth.

So she’s gotta run against Trump. It just doesn’t makes sense — if they had such a great debate, if they smoked Trump, if they just cleaned the clock out with Trump — to say that you gotta elect her to stop him. You gotta elect her to get a fraulein in the Oval Office, as opposed to a guy. Okay, here is the next bite. Let’s see what hidden gems we’re gonna hear. I haven’t heard these, folks.

MICHELLE: Let’s be clear. Elections aren’t just about who votes —

MICHELLE: — but who doesn’t vote.

MICHELLE: Each of you could swing an entire precinct and win this election for Hillary. You have the power!

MICHELLE: But you could also help swing an entire precinct for Hillary’s opponent with a protest vote or by staying home out of frustration. Because here’s the truth: Either Hillary Clinton or her opponent will be elected president this year.

MICHELLE: And if you vote for someone other than Hillary or if you don’t vote at all, then you are helping to elect Hillary’s opponent.

RUSH: So the biggest reason to vote for Hillary is Trump, and then she says to them: If you stay home, you’re helping Trump. This sounds like… Look, I’m not engaged in wishful thinking. I’m giving you my genuine election. This seems like desperation to me. You can run against your opponent. It’s not that. Reagan did a masterful job of reminding people what a disaster Jimmy Carter was, but Reagan had that agenda. He had the three legs of the stool that were his agenda, and everybody knew what they were.

So Mr. Snerdley, responding to the host’s challenge, says, “Oh, yeah, I can tell you what she stands for, and here they are.” Help me along here if I… Raise taxes on the rich, rich people. Raise taxes on the rich ’cause the rich aren’t paying their fair share, something. Gonna stop trickle-down. What was the next one? (interruption) Oh, yeah, we’re gonna make school free. School’s gonna be free, free college, forgive student loans. What’s the third one? I remember… (interruption) No, that’s the fourth one. That’s the fourth one!

That’s the fourth one. What’s the third one? (interruption) Yeah, we’re gonna rebuild the roads and bridges, schools, and black people will stop being shot. No more black people shot. You really…? Are you being serious? You really think that you walk down the street, take a microphone and camera, stop somebody who’s an admitted ardent Hillary supporter and ask ’em what she’s gonna do and that’s what we’re gonna hear? (interruption) My point is, Reagan…

Reagan was going to balance the budget, get the economy moving, was going to lower taxes, all of this. He was going to inject a new type of economic supply-side economics to reduce inflation and get the economy. He was gonna defeat the Soviet Union, was gonna rebuild the military. There were three things, and he did them, and they were identifiable. So yeah, he went out trashed Carter, which he did. I mean, you couldn’t avoid trashing Carter if you were talking about the current state of affairs in America. But Hillary seems like 90% of this campaign’s trashing Trump.

Unqualified, ill-tempered, doesn’t belong, hates women. Whatever it is that makes Trump unqualified, but there isn’t any even equal focus on whatever her agenda is. My point is that what it really is, she doesn’t dare say, just like Obama didn’t, they can’t. Hillary Clinton cannot be honest, in a nationwide campaign, about what she’s gonna do. She wouldn’t get 30% of the vote, maybe 40, if she did. Just like Obama didn’t. Obama didn’t campaign on 90% of the stuff that he ended up doing. Quite the opposite, in fact. 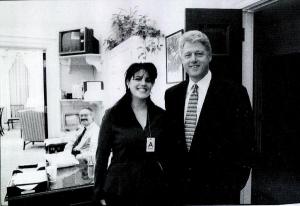 RUSH: RUSH: I want to go back to this Michelle Obama sound bite, just the first one, not the whole thing, but listen to the beginning of this here.

MICHELLE: No one in our lifetime has ever had as much experience and exposure to the presidency, not Barack, not Bill, nobody. And yes, she happens to be a woman.