RUSH: This is Kathy in Columbus, Ohio.  Great to have you on the EIB Network.  Hello.

CALLER:  Great, thank you.  I’ve been wanting to call you for a few months just with a funny family story.

CALLER:  Earlier this summer we had a Left Coast blue state relative visit the family, and she seemed to have a personal mission to suppress our votes in the upcoming election.  She encouraged us all to sit this one out, not to vote at all.  She also told my 18-year-old daughter, who will be a first-time voter, that she was too young to understand the issues and that she should sit it out as well.

RUSH:  Wait a minute.  Who was this?  What family relation was this?

CALLER: This was an aunt.

RUSH:  So the sister of… Well, okay.  So this aunt shows up from the Left Coast —

CALLER:  You know, she’s the type of person you just kind of nod and go along with and then, you know, do what you were going to do anyway.

RUSH:  You don’t…? In other words, you did not engage or argue with her ’cause it is pointless?

RUSH:  So what happened?

CALLER:  You know, we just waited a few days for her visit to conclude and, you know, we all, of course, plan to vote and not to sit the process out.

RUSH:  So she decamped but she failed in her effort to suppress your votes?

CALLER:  She will not suppress our votes.

RUSH:  I can’t…  I actually can.  I mean, I know people like this.  The arrogance and conceit to bop in from the Left Coast… That already makes her better than you.  I mean, here you are, you’re in the Heartland, or Columbus, and she bops in from the Left Coast and starts commanding all of you plebes to sit it out because your lack of knowledge and intelligence is too dangerous for the country right now? So the best thing you can do is just not vote?

RUSH:  Is she the only family member of the leftist persuasion?

CALLER:  Well, we have a few others.  And, quite honestly, my father will swing back and forth from party to party, depending on how he’s feeling that particular election cycle.

CALLER:  She is in her sixties. 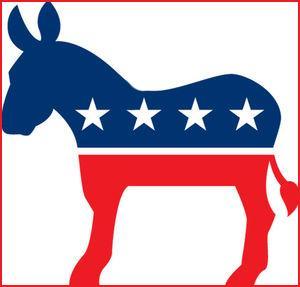 CALLER:  I think so.

RUSH:  That’s a very wise way of dealing with this.  If you don’t want to engage her and she’s not gonna change your mind, it’s family. It’s not worth the potential friction by telling her to pound sand.

CALLER:  Correct.  But it was interesting.  I did resent, you know, being told to sit it out.

RUSH:  Good. That doesn’t surprise me at all, these kind of people out there.  But look, scared, scared, afraid.  And she knows the importance of Ohio, to boot.  Imagine what your aunt thought when she found out, if she knows, that Hillary has pulled out of Ohio.  Ha-ha-ha-ha.