RUSH: Now, to the audio sound bites. I want to get started here because bouncing off of some of this is a good way to get started. Up first from yesterday’s Fresh Air on NPR, the host, Terry Gross, was speaking with New York Times reporter Robert Draper about a recent article Draper has written. That article was titled, “How Donald Trump set off a Civil War Within the Right-Wing Media.” And so the host says: “Do you think that the impact of talk radio and cable news is changing in terms of politics in America?”

DRAPER: The numbers show that talk radio is still a very healthy phenomenon. Though it does not own a monopoly on conservative activism the way it did in the 1990s when Rush Limbaugh ruled the roost, because of social media, because of Breitbart, because of Drudge, they are not the only voices that count. I don’t think any of them quite predicted the rise of Donald Trump. Almost none of them took him seriously. Almost all of them saw a Marco Rubio as a better choice for the party, a more plausible choice for the party. They jumped aboard the Trump train. They weren’t the drivers of the train.

Have you seen anybody break ranks in the Drive-By Media? They don’t. And what is it that they unify around? What’s the organizing principle of anything in the left-wing? Defeating us. Keeping us from increasing our power, keeping us from winning elections. That’s what unifies all the varied and fractious coalitions that make up the Democrat Party.

Our side loves to cannibalize itself. Our side loves to divide and conquer within the movement. Our side is in the middle of having arguments over who’s prominent, who is the smartest, who is the most powerful. And all kinds of different factions in the conservative movement want to be known for a number of different things. None of it beating the left. We do not have a unifying organizing principle on the right. Some say it’s a good thing. It promotes the independence of thought, the lack of lock-step behavior, this kind of thing. You can make arguments for both sides.

Now, this guy said that most of the so-called conservative media aligned behind Rubio in the primaries. I don’t think that’s the case. As far as conservative media wasn’t driving the Trump train, they jumped aboard. You know what I think this whole sound bite really indicates, that even the people on the left who study me and study conservatism still don’t understand it, still don’t get it, because it is so foreign to them.

It’s stunning. And this is among the people who study it. Like this guy from the New York Times, Robert Draper. I don’t think this guy’s ever called me. Now, normally when the Drive-By Media start doing stories on people they call them. I don’t know that I would have talked to him, anyway, don’t misunderstand. And it may well be that he did call and nobody told me because they know I’m not going to talk to him anyway. But they never do. Very seldom do I get a call. All I see is what they write after having studied. 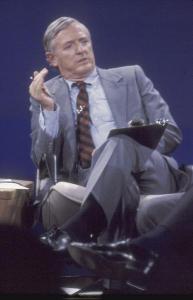 RUSH: Some day, when all this is over, I am going to take the time to explain what I think is going on with conservatism and what has happened to it. The sound bites we’ve just played — these NPR guys, the New York Times — actually think that Trump is the agent that has disrupted and ripped conservatism apart. Clearly, Trump has had an impact. You can’t deny that. I think this was going on long before Trump showed up.

“We can cross the aisle. We can show people we can govern,” all for some misguided aim to try to show some people in America — voters — that we’re not the reprobates that they say we are. It’s a losing proposition. It’s everything being done on defense, and I think that’s one of the biggest dividing lines in conservatism. You have people that want to be reactionary and on defense. They’re afraid of going on offense because afraid what the media is going to say or whatever stereotypes they’re afraid of being fulfilled.

You can’t get more political, confrontational, mean-spirited, and extremist than today’s Democrat Party. Why are independents never said to dislike the Democrats’ brand of confrontation, mean-spirited extremism? Why is it never said that the Democrats had better be careful. “If they’re not careful, they’re going to send these independents running right home to the Republican Party”? Why is it never said?

Why does hardly any poll ever show the Republican presidential candidate winning during the campaign? Meanwhile, while they have this reason for existing — this organizing, unifying principle — we’re still trapped in these internecine battles over minutia and deep-in-the-weeds stuff that average Americans don’t care about and don’t understand. But that is for after the election. But I wanted to be able to set the table now for this.

RUSH: If you want to know the angle that’s closest to the truth of all this analysis, Donald Trump is the result of a failed and fractured conservatism. Donald Trump didn’t cause this to the extent that people think there’s a problem with conservativism. Trump fills a vacuum filled by the fractured nature of conservativism at present.