Greetings, folks.  Great to have you.  Rush Limbaugh back at it.  Here we are safely ensconced the EIB Southern Command and it’s great to have you here as always.  The telephone number if you want to be on the program is 800-282-2882, and the email address, ElRushbo@eibnet.us.

And I believe — it was my first reaction and I was hoping it was the reaction of millions of people.  Putting aside for a moment what was on that tape — and, by the way, there will be more, folks, do not doubt.  If they’ve got that, they’ve got more, so steel yourself.  That’s the point.

I think a whole lot of people are sick and tired of things like this determining the outcome of elections, these October Surprise kinds of things.  It may not have been safe to say this back in the year 2000. It might not have been safe to say it in 2004, but a lot of ground has been covered, and there is so much hypocrisy on the left when you get to the subject matter of that open-mic tape, Access Hollywood, Trump running around there with Billy Bush. Who are the people expressing outrage over this?

The very people who applaud it and celebrated JFK, who had women trooped into the White House in droves. Bill Clinton, you go through the list of Democrats and entertainers who have made their names on the basis of infidelity and catting around and being celebrated and protected and lauded and held up as great people. “Hey, that’s sex, it’s not their job. Hey, that’s just private life; it doesn’t matter to their leadership.”

There are serious issues facing this country.  We are at a crossroads where many people think that the wrong decision by the people in November will doom this country to a generation of further decline, and it needs to be stopped.  And this kind of way to derail a campaign or to win an election I just think, I hope, that it has people fit to be tied, and I hope there is going to be a giant backlash over it, because, ladies and gentlemen, I’m here to tell you that it does not matter who the Republican Party nominates, this is what’s gonna happen. 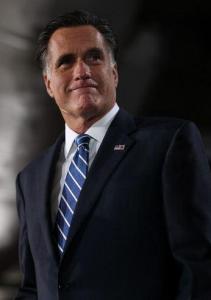 If they were able to demonize Mitt Romney, and they demonized George W. Bush, they’ll be able to demonize anybody. If this is the kind of way they go to win elections, they’re never going to stop winning elections, if this is all it takes.  And I think a number of people have become outraged by this.  And I don’t think there are very many, if at all, defections from Trump among his core supporters.

He may have said these things, but the Democrats have nominated and elected and celebrated people who do these things.  And where is the outrage over it?  You know, I find it ironic that the Democrat Party wants to throw down the morality card.  The Democrat Party, which is responsible for the dissolution of morality in this country. The Democrat Party which is for all these progressive new attitudes in our culture, and now all of a sudden acting like a bunch of prudes, acting like, “Oh, my God, I have never been this outraged. Oh, this is just beyond the pale.”  These are the architects of this kind of stuff.  If Trump were a Democrat, they’d be covering it up and privately inviting him to parties and yukking it up.

And, in the process, they’re gonna destroy that person so as to send a message to the next guy, “Don’t even think about it.  Don’t even try.  Look what we did to Donald Trump.”  “Look what we did to whoever,” is the message.  When this whole thing began — when it became clear that what this was, was going to be an effort to unseat the elites, the establishment, whatever you want to call ’em — you have to have a sober understanding of who they are and what it means to them. And they’re not just going to throw it open to what they think is a fair election.

And the people who have signed up for Trump, I can tell you, are livid that this is the kind of thing that always seems to end up determining the outcome of an election, and these are the kind of things that are never thrown down against Democrats.  The Democrats get away with all of this hypocrisy, the left gets away with all of this hypocrisy. I was thinking over the weekend — I was asking and I was thinking at the same time — what are the odds that there’s a potential backlash brewing over this kind of thing?

Because you can make book that this is the kind of thing that’s gonna happen.  They’re gonna lie.  They’re gonna destroy.  The left, the media, the state is going to destroy — however they can — anybody, every four years, on the Republican ballot, who claims to be seeking to unseat the state, Democrats and media complex.  And like I say, folks, it’s not insignificant.  They did the same thing to Mitt Romney.  In that case, they made it all up.  But it stuck, didn’t it?  And they did it, didn’t they?

So for everybody who’s saying, “See, we gotta get rid of Trump, man! We gotta throw Trump overboard.  Trump’s damaged.” They’re gonna do it to any of you who try it.  The same kind of thing is gonna happen to anybody and everybody.  If you want to throw Trump overboard, you know what you ought to do?  You ought to just concede the presidency to the Democrats and apologize for ever trying, and hope that they forgive you. Because that’s the message being sent here.  There isn’t a single one — Ted Cruz, take your pick.

They all, particularly those that are in elective office, live their lives for one another: public consumption for purposes of election. They live their lives, they file their taxes, they dress, they speak. Everything they do is designed to hold up under the klieg lights of campaigns.  In the process, they are phony baloney, plastic banana, good-time rock ‘n’ rollers.  They become robots, political robots. When they speak about politics, it’s a recitation of issues from a handbook and playbook.

It isn’t real.  You know it and I know it.  But it’s how they guarantee reelection.  It’s how they guarantee reelection in the first place.  Well, somebody from the outside… Let’s use Trump, since he’s the candidate.  He’s not lived his life for this kind of exposure.  He has not lived his life with the constant realization and planning and scheming that whatever he does or doesn’t do must be done in specific ways.

“Because I’m running for office, so therefore I can’t do this, and I can’t do that, and I can’t do this.  I must do this; I must do this.”  He’s not lived his life that way.  They do.  They construct their finances, their tax returns, their public disclosure forms, financial disclosure forms. Everything they do is designed to pass muster to the klieg lights of so-called media examinations every four years when they run for office — or, in the case of the House, every two years.  But somebody on the outside…

It doesn’t matter who. It could be Trump, could be Anastas Mikoyan. Take your pick of anybody that would ever seek the presidency who’s not from the world of politics, and the same thing would be the case.  They have lived their lives totally differently.  They’ve been real.  They may have been bankrupt, they may have earned a lot of money, they may have taken advantage of the tax code, they may be married three or four times. Who knows what it is? But they’re not phonies in the sense that the insiders are; so this is what it looks like.

It’s always gonna be this way, whether it’s Trump or anybody else.

Anybody on the outside, by definition, runs the risk of being exposed by the insiders as somebody unfit and unsuited and ill-tempered precisely because they don’t come from the world of politics.  The best illustration of this is the argument over Trump’s tax returns.  I’ll guarantee you that, if Donald Trump back in 1995 or even 1990 thought that he was gonna run for president someday, his tax returns would look entirely different. His career would look entirely different.

It would be structured entirely differently. It would have been structured in such a way as to pass muster under the phony examination of political publicity.  So there’s not somebody out there… We don’t have them. There’s not a human being — there’s not a normal, red-blooded American man — who has not said something to somebody that, if exposed, would not be embarrassing, would not be humiliating, would not get them in trouble.  There is not a single person in this world — male, female, straight, gay, you name it — who could survive what Donald Trump has been subjected to, because everybody would be subjected to and we all have committed quote/unquote “sins” as defined by the political class.

And who knows who has collected tape on us? Who knows, with the advent of cell phones, what kind of video and pictures there are out there?  And who knows who can be bought off and provide it? Who knows who can be paid to lie about you?  The candidate clean and pure as the wind-driven snow does not exist.  But they try to tell us they do exist in the political world, and they don’t there, either.  Mister or Miss or Ms. or Mrs. Perfect does not exist.  There is not a single human being — and I mean this.

It was never going to be left open to an unchallenged election.  It was never going to be left to chance.  The challenger was always going to suffer an attempt at destruction, no matter who he or she was or is.  The establishment simply cannot afford to be ousted.  They’re not gonna put up with it.  They wouldn’t tolerate it.  They’re gonna do everything they can to hold onto it, which is also natural.  People with power just don’t sit around and let it be taken away from them, which is what an election they lose would be.

RUSH: All these people on the left and the media running around outrageously offended? They’re not offended in the slightest by what Trump said!  They’re capitalizing on it.  They’re the ones that set up this permissive society! They’re the ones who have shred the boundaries.  They are the ones who have erased… These are the people that take money from people in Hollywood that produce some of the most depraved content we have seen!

And they celebrate it and they applaud it and they call it great art.  And it’s far, far more destructive in terms of how it is portrayed than what Trump’s talking about on some bus in a studio lot at Access Hollywood.  So the hypocrisy on this is tenfold.  They get to act like they’re righteously indignant and like this is the greatest assault on morality and decency, and these people have presided over the destruction of decency!

In song lyrics that they produce, music, in books they write, television shows that they produce, movies!  For these people to act like they’ve never heard these words before and never heard them used this way? It’s opportunism.  It has nothing to do with the issues.  It has nothing to do with the future of this country, and my guess is that a slew of Americans are fed up with all of this kind of rotgut determining electoral outcomes, particularly this year.  And I am hoping there is a huge backlash over this entire tactic.