If Trump Goes Down, We’re the Disease the Left Will Attempt to Eradicate Next 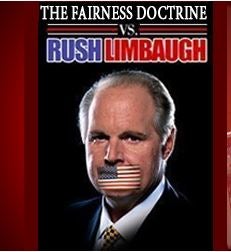 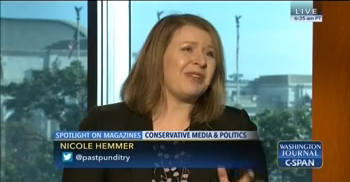 RUSH:  Whoa, and that makes it even more important to stamp them out.  We have to understand, conservatives have been around a lot longer than 1988, like a disease.  Conservatives, conservatism? Yeah, yeah! Don’t think that just because the giant plague hit in 1988 that the disease wasn’t around before that, because it was.  You just didn’t see it and you didn’t notice it, but it was there.  Conservatism, the plague, has always been there.  So after that settled in, Echevarria didn’t have much to say coming back, but he did have a question…

ECHEVARRIA:  You’ve said Rush Limbaugh.  Is he the standard-bearer there as far as radio is concerned?

The CDC didn’t need to do anything about it, and it didn’t get big until 1988.  And then it became almost an incurable disease that we have to do something about.  She’s now chronicling how it spread — and I owned it from ’88 until 2000.  She’s leaving Fox News out of this.  Then she says “the cohort of other radio talk show hosts…” It mutated, if you will. This plague of conservatism mutated out there, and all these subdiseases began to spread.  They were modeled after the number one form of the virus.  (That would be me.)

So then they go to the phones and they get a call from woman named Martha in Texas.  She says, “I want to ask you, in 1986, the FCC removed the truth in reporting law.  That was the year Rush Limbaugh started up.  Did that make a difference in right-wing…?” And they want us to believe that everything is unscripted in these places?  They just happened to get a call from somebody who wants to talk about the FCC removing a “truth-in-reporting law.”

HEMMER:  The regulation that you’re talking about was removed in 1987.  It’s called the Fairness Doctrine.  When the Fairness Doctrine gets repealed during the Reagan administration, does it open the door?  I think it opens the door for station owners to feel comfortable picking up the Rush Limbaugh program knowing that they’re not going to get rapped by the government, um, for being unbalanced.

RUSH:  So you see how conservatism is being portrayed here in this book by a Politico infobabe, a Politico reporterette?  It’s a disease, it’s a plague, and the CDC — in this case, the FCC — made an error in treating it.  They allowed the virus to grow by not enforcing “truth-in-reporting laws,” which enabled our EIB affiliates to skirt the edges of the law by picking up this program.  All of this means, they’re gonna take care of this.  It’s gonna be pretty soon on their agenda, because this is — right here — the location of the primary opposition to the left and the Democrat Party, and they are not going to tolerate any opposition.

RUSH: I want to go back to sound bite number three, this contributor on to Politico, this author Nicole Hemmer, with her book “Messengers From the Right: Conservative Media and the Transformation of American Politics.”  I want to play this last sound bite again.

HEMMER:  The regulation that you’re talking about was removed in 1987.  It’s called the Fairness Doctrine.  When the Fairness Doctrine gets repealed during the Reagan administration, does it open the door?  I think it opens the door for station owners to feel comfortable picking up the Rush Limbaugh program knowing that they’re not going to get rapped by the government, um, for being unbalanced.

RUSH: Now, stop and think of this.  I want you to think of this in the mind-set here: “[S]tation owners to feel comfortable picking up the Rush Limbaugh program knowing that they’re not going to get rapped by the government…”  Now, it’s not discussed much, but radio and television — terrestrial radio and TV — are governed by the government.  They’re policed, regulated, by the FCC.  And they have operating licenses that have to be renewed every so often (three years, five years), and to get them renewed, you have to have done enough things the FCC says that local ownership should do to warrant the license being reissued.

And her point really is that when Hillary wins the election, this is gonna come back on the front burner, and government is going to put the fear of God in these stations.  Government is going to start “rapping” stations, if you will. Station owners are gonna grow uncomfortable.  And this woman, this First Amendment reporterette? She’s all for it!  You know, I did an interview yesterday for the upcoming issue of the Limbaugh Letter with Kimberley Strassel, who is a member of the editorial board of the Wall Street Journal and a columnist.

And her book is all about vanishing free speech and the left’s war that they are conducting against free speech.  Let me find the exact title of this book.  It’s worth it. You know, and the previous guy that I interviewed for the Limbaugh Letter, Benjamin Watson, tight end in the National Football League? He’s played for a lot of teams and a lot of coaches.  Boy, that was a great interview, too.  He’s got a great book out about race relations in America.  Strassel’s title: “The Intimidation Game: How the Left is Silencing Free Speech.” 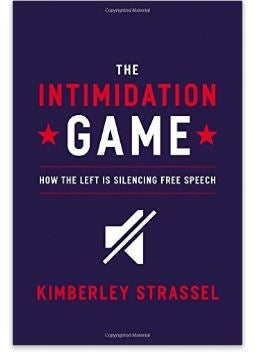 And many people even on the right mock it because money equals the rich, and the rich already have enough advantages over everybody else, and the fact that they get to spend their money, money that you don’t have, saying things that you can’t say? It’s not fair.  So Hillary wants to wipe it out.  Now, Strassel makes the point that the First Amendment in the Constitution is free speech, because the founders of this country knew it was the only… Well, not the only. But it was a primary, necessary ingredient to avoiding tyranny.

People had to be able to say what they wanted to say, and no government was going to be able to stop them.  That’s the First Amendment. Freedom of religion, the freedom to assemble.  But free speech is among the first things.  And the left… Folks, this is not arguable now.  The left is constantly assaulting free speech.  They want to limit what people can say because they do want a degree of tyranny.  They want a degree of power over other people.  Well, they can’t just go out and pass laws saying that you can’t say whatever they don’t want you to say.

So they come up with a proxy for speech and they go after that — and that is money.  There is no question that in the case of campaign ads, political action committees, you name it, political campaigns and organizations find ways to communicate their ideas with voters for the obvious reasons, and it costs money.  And the availability of money and the legality of spending the money on campaign ads is nothing more than expression of speech!  The left has been at war with the whole idea that money equals speech, and they do it by going after “the rich” and “corporations” that are inherently unfair, inherently bad, inherently mean.

Corporations are at the top of the Democrat Party, the left’s enemies list. 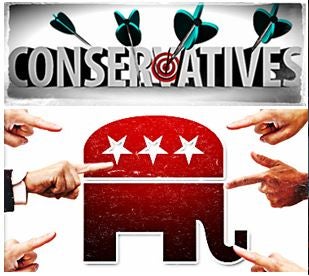 They can’t survive.  They are a statist, slash, tyrannically oriented ideology, and they can’t survive amidst opposition.  They’re not interested in winning debates, exchanges of ideas.  They are interested in eliminating all opposition.  Citizens United specifically is Hillary Clinton trying to clamp down on people who made a movie about her.  She didn’t like what the movie said.  The word “Citizens United” has become a buzzword, a knee-jerk word for the left that to them equals excess, illegality, must be stamped out, it’s unfair.

There are a number of other proxies for free speech that the government, that the left is going after.  And it’s chilling.  It is genuinely chilling what they are trying to do.  Coming after this program and coming after conservatism under the guise that it’s a disease and it was out there, but it wasn’t very noticeable in the fifties and sixties, but, man, then it metastasized in 1988, and it’s something we’ve got to get rid of.  It poses a threat.  How in the world does it pose a threat?  It’s just words.  Whatever you think of Trump, it’s just words.  And they want to stamp it all out.  They want to tamp it all down.