RUSH: I don’t know when it was, but I am going to stake claim to being the first to refer to Hillary Clinton as Nurse Ratched, the nurse, the evil, bullying, mean-spirited nurse from the movie One Flew Over the Cuckoo’s Nest. 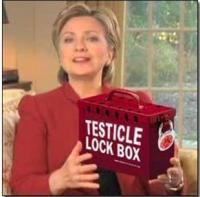 SCUT FARKUS: What, are you going to cry now?

NURSE RATCHED: You sit down!

DONALD TRUMP: Sit down. Sit down.

So last night they were discussing this ad on CNN, Erin Burnett OutFront.  Jeffrey Lord was on from the American Spectator, and the former executive director of the Congressional Black Caucasians, Angela Rye, and they are talking about Hillary’s new campaign ad. So Erin Burnett plays the ad, and then she says, “Does that help Hillary Clinton, Jeff, or does that actually reinforce what Trump wants, which is, ‘Yeah, I can be a nasty guy, but I’m a strong guy’?” 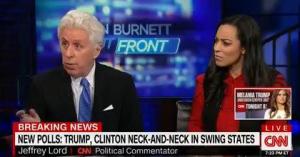 RYE:  I think that probably only Rush Limbaugh listeners know that.  I certainly didn’t know it.

LORD:  Twenty million of us, though.

RYE:  Well, that’s pretty good.  You better hope all of you turn out.

RUSH:  You better hope all of you turn out. So Angela Rye, the director of Congressional Black Caucasians, had no idea that I had said this and she didn’t know anybody else knew it because she doesn’t listen to the program.  So Jeff said, “Well, there’s 20 million of us out there.”  “Well, okay, cool.  You better hope they all turn out.”  There you are.  I just wanted to share it with you ’cause it’s somewhat funny.