RUSH: This story on Obamacare premiums going up 25%? We need to stop for a second, because this is outrageous, and it ought to have everybody in this country up in arms.

By all rights, everybody in this country ought to be flipping mad and feeling betrayed and lied to by the Democrat Party and by Obama — and, by extension, Hillary Clinton ought to be in deep trouble because she’s out there advocating this thing. She’s out there defending it. She’s out there claiming Obama did the best he could. Obama’s a great guy. This is the best health care plan we could devise. Yes it needs to be tweaked and all that.

They’re out there saying they’re proudly, happily… I don’t know about proudly, happily, but they’re certainly without any reservation happily telling everybody that the Obamacare premiums are going up 25%.  They don’t expect there to be any fallout at all from this.  And I’m telling you, folks, there deserves to be.  This is dereliction of duty.  It’s worse than that because this is on purpose.  This ought to be unacceptable.  Let me give you some of the actual words from the Associated Press.  “Obama Health Plan Hit by Double-Digit Premium Hikes.”

Now, this is as disingenuous and dishonest as everything the AP does.  “Obama Health Plan Hit by Double-Digit Premium Hikes”? It’s not being “hit” by it; it’s causing them!  “Premiums will go up sharply next year under President Barack Obama’s health care law, and many consumers will be down to just one insurer, the administration confirmed Monday. That’s sure to stoke another ‘Obamacare’ controversy days before a presidential election.

“Before taxpayer-provided subsidies, premiums for a midlevel benchmark plan will increase an average of 25% across the 39 states served by the federally run online market, according to a report from the Department of Health and Human Services.” It’s neither, in this case.  “Some states will see much bigger jumps,” like, 116%, I think, in Arizona.  A lot of states are seeing 80% premium increases.  And then they say, “Well, this for those without subsidies.” Well, who the hell is paying the subsides?  What do you mean, “those without subsidies”?

“‘Consumers will be faced this year with not only big premium increases but also with a declining number of insurers participating, and that will lead to a tumultuous open enrollment period,’ said Larry Levitt, who tracks the health care law for the nonpartisan Kaiser Family Foundation. Republicans pounced on the numbers as a warning that insurance markets created by the 2010 health overhaul are teetering toward a ‘death spiral.’ Sign-up season starts Nov. 1, about a week before national elections in which the GOP remains committed to a full repeal.”

And then they quote Trump saying it’s over for Obamacare.  Hillary wants to double down, make it more expensive.  It’s not gonna work.  All of this misses the point.  This is the war on the middle class going nuclear.  Obamacare is unaffordable and always has been unaffordable.  Obamacare is unsustainable and always has been unsustainable.  Obamacare was designed to cause panic and harm for millions of Americans in the hope that they would blame insurance companies for their plans and then turn to the government for a solution, for relief, which is exactly what’s happening. 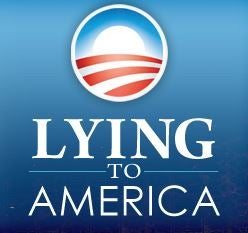 If you ran a business where the federal government was gonna make a law that every consumer had to buy your product, what would you do?  You’d get in bed with the government and you’d pull up the covers and whatever they wanted you to do underneath you would do.  What a deal.  You’re in the health insurance business, and the government’s gonna pass a law making sure that everybody has to buy it.  How in the world do you not participate in that?  But as is always the case, the people that get in bed with government, they can turn you on at any time, and where you were once cronies, now you become the focal point of the bad guys, as the bad guys.

But folks, this is unacceptable.  You know, people were saying before Obamacare became law, it can’t get any worse.  Has it?  I’ve been searching for ways to describe this.  And I look at the way it’s being covered in the media, it’s being reported, but that’s it.  Health care prices, health care insurance, insurance premiums going up 25% average.  Some states it’s gonna be higher, and the number of people, companies you’ll have a chance to buy from are dwindling.  This is the kind of failure that people do not profit from in the past.  They do not win reelection.  They are held accountable.

This is causing great damage.  This is causing panic.  You know how important health care is to people.  The Democrats, in fact, have done that, too, been harping on this whole notion of health insurance and it’s incumbent on you as a lawyer, government has to provide it for you. They’ve been portraying doctors and hospitals and insurance companies as a bunch of people that want do nothing but kill you while soaking you and taking all your money, and they have been creating this panic that if you don’t have health insurance, you’re but one paycheck away from being bankrupt. They’ve been doing this for 30 years and then they come give us this?

If they can tie every life decision you make to health care that they are paying for, then they can deny you certain things.  They can tell you can’t eat that, drink that, can’t go there, can’t travel there, can’t have too many kids, can’t do this.  They have total control over who you are and how you live based on how much your health care is gonna cost them.  There will be death panels.  There will be rationing.  There will be decisions made on who gets treatment and who doesn’t, and it’s gonna be based on age. It’s gonna be how some bureaucrat values your life versus somebody else’s, who’s worth more in terms of getting treatment so they live longer, who does the country miss less if they die sooner.

These kinds of things are coming.  Because they’re not gonna bust the budget on health care like they do for other things.  They’re gonna use it to control as much of your behavior as they can.  It’s the same objective behind climate change or global warming.  It’s to control your behavior.  It’s to guilt-trip you into behaving the way they want you to.  And top of the list is you behave in ways that do not threaten their power, and you never vote against them.  It’s insidious what’s being done here, all for the quest for power of a particular political party and everybody in it.

And the kicker here is that these are the people who get all the credit for having big hearts and compassion and understanding.  These are the people claiming to be looking out for the little guy.  They are destroying little guys everywhere.  They’re doing it with immigration, amnesty, illegal immigration, open borders, refugees coming in from who knows where in whatever numbers.  Now with health care, climate change, it’s got to stop.

It has to stop.  College loans have become so burdensome that a college education may not be worth it depending what your degree is in and how much money you’re gonna earn in life, whether it’s enough to even pay off your loans and then have a career after that.  Everything this party is touching is going down the tubes at one rate or another.

RUSH: To Obamacare, why would the Democrats want to stick with it themselves?  Why is there no outrage on the Democrat side?  Now, you might have a pocket here, a pocket there, stories where Democrats are worried about it from the standpoint of their reaction.  I’ve seen a couple stories: Democrats worried about Obamacare. The premiums going up may affect down-ballot races.

What about your concern for the average, ordinary American citizen who’s facing these consequences and doesn’t have ways to write themselves a check like many of you in government apparently do?  Why is the Regime tolerant of this?  Why isn’t Obama outraged?  Why isn’t he out there doing something to show people how mad he is? Why is it left to Trump to say we’re gonna change this?  Why is it left to the Republicans to say this is unacceptable?  Why did not the Democrats suffer the consequences of their actions and ideas on this?

This is just… It’s patently absurd here.  This is incompetence, what they have done to the health care system, all for their own benefit.  They don’t have the financial concerns the average American does.  Paying for things is not a problem to these establishment types that are behind this kind of legislation.  All this compassion they have for the little guy? Where is it today with the news that health insurance premiums are making the whole concept of having disposable income impossible?

These people are gonna be behind paycheck to paycheck.  They’re never gonna get ahead, because the law requires them to have this product or pay a fine.  This is one of the meanest and cruelest things that has been done to the people of this country, if you ask me.  It’s just downright mean when you get down to it.  It’s cruel; it’s insensitive.  And they laugh about it and they chuckle about it.  Obama’s legacy is destroying health care and family budgets.  How’s all that hope and change working out for people?

Let’s go back. You know, Obama had a speech after he won a primary.  I think this was up in Minnesota.  It might have been his nomination victory speech. I don’t know.  But it was one of those.  It was close to it.  He said, “Because if we’re willing to work for it and fight for it and believe in it then I’m absolutely certain generations from now we will be able to look back and tell our children that this was the moment when we began to provide care for the sick and good jobs for the jobless.

We haven’t ended any wars.  Obama’s got this country in more wars than George Bush could ever dream of!  And our image hasn’t been restored.  We’re looked at as a has-been superpower, paper tiger.  Now little thug dictators and would-be dictators in the Philippines can mouth off about our president. Nobody cares.  And while all of this is going on, a guy who doesn’t have a single fingerprint on any of this mess is being portrayed as the greatest threat known to America and mankind, and that would be Donald Trump.

We are living the greatest threat.  The greatest threat ever known to mankind is liberalism — totalitarianism, communism, take your pick — and they are running this country.  We might have won the Cold War, but we actually didn’t.  Communism has never been so prevalent and dominant in this country as it is today.  College campuses, K-through-12 education, you can’t avoid it.  Young little skull-full-of-mush Millennials don’t even know about Soviet communism!  It’s not even taught!

Many of them are still living at home with mom and dad because they can’t find jobs that pay them enough to move out on their own.