They Finally Put Me on Trump TV

RUSH: This is last night Bloomberg Television, What’d You Miss? name of the show, co-host Matt Miller speaking with media correspondent Gerry Smith about the Republican nominee starting his own TV network, Trump.  They’re obsessed with this. They think Trump’s going to start his own TV network, didn’t want to wait. He’s just doing this to build up an audience for the eventual Trump TV network, and that’s what they’re discussing, and here is this Gerry Smith guy, the media correspondent at Bloomberg.

SMITH:  Maybe Ivanka could have an hour, Rush Limbaugh potentially, so, you know, those are the sort of the ideas that are getting thrown out there, but, you know, Donald Trump obviously says he’s still focused on the election and doesn’t have any interest in a Trump TV network at this point. 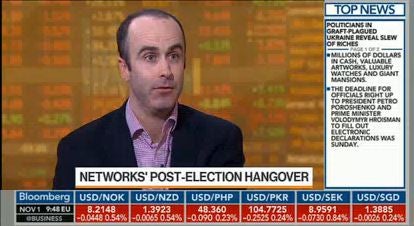 “You wouldn’t believe the number of offers.”