Obama’s Regime Has Been Rejected


RUSH: So Obama’s out now speaking.  We had Paul Ryan. We had Hillary. Now Obama’s speaking, he’s out there in the Rose Garden. (interruption) What?  No!  We’re not gonna JIP Obama!  People don’t tune in to listen to Obama.  People tune in to listen to me.  I’ll tell you what Obama’s doing.  Obama’s being his usual arrogant self.  He’s out there saying, “I’m encouraged.  I’m encouraged by what I heard Donald Trump say last night.  I really am encouraged.”

Every way they choose to characterize their loss is going to be wrong until they admit that what they stand for was rejected.  Their policies, their agenda was told to take a hike last night by all kinds of people.  The average black construction worker in Michigan, the legal Mexican mechanic in Texas, has a lot more in common with the average white American laborer than, say, some elitist Obama family of Martha’s Vineyard vacationers.  This was a coalition of all colors and stripes and backgrounds that came together last night to send this policy regime packing! 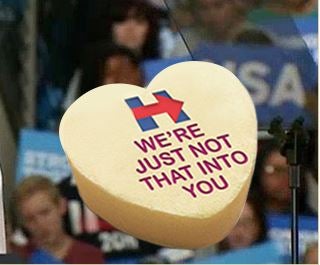 Barack Obama said some things about America’s next president that are gonna be very hard to take back.  I don’t care how gracious you are.  When you accuse the president-elect of being the president of the KKK?  Barack Obama was out there as an attack dog. He was a pit bull just like the media was a bunch of pit bulls when it came to Trump.  Now they’re gonna become leg-humping poodles here when they deal with Democrats, but they’re gonna become pit bulls when dealing with Trump.  You know it and I know it.  This election was not about — I’m sorry, Mrs. Clinton, you didn’t lose because you’re a woman and the nation is sexist.