Caller Thanks Rush for Giving the Truth About Trump


RUSH: We have Kelly in Yuba City, California. I remember once doing a remote broadcast from Yuba City. I was working in Sacramento. Yuba City was named one of the Top 10 Worst Places in America to Live. It’s right up the road from Sacramento. I remember that, Kelly. Were you there when that happened?

CALLER: No, I’m actually new to the area. But, first of all, I’m so privileged to talk to you today and be able to get through. I just want to tell you that I’ve known about you for years but I’m not a talk show radio person. But when Trump decided to become a candidate for the president of the United States, I was talking to my 25-year-old and 22-year-old children, and I said, “I want to know everything about these candidates. I already know about Hillary but I want to know everything about Trump.”

I’m so thankful I watched 60 Minutes yesterday, and I was so thankful. For the first time in eight years I have hope for this country, and I saw a man who had full compassion. We have not felt that, I have not felt that in eight years, in Donald Trump. He wants to make this country great again. That’s why he won. And let me tell you, Tuesday night I kept praying: “Lord, please do not let that lady get into the White House. We want somebody that’s…” I’m a middle class American. I’m actually in traffic control on the highways. I wanted a president who cared about what I do, and I’m so thankful that he is in, that he’s now next president the United States. I want to thank you for every day you were educating me on what was going on out there and the crookedness in this world.

Trump has not defined greatness any differently than you do when it comes to talking about the nation and its greatness. He is entirely honest about that, and it is a sincere desire that he has. And what… One of the things he means by it, is he wants it to be great for everybody. I’m here to tell you, folks, those of us — whether we call ourselves conservatives or just Republicans or whatever. The truth of the matter is, we want it great for everybody. We’re not exclusionary. We’re not people that want it just for ourselves. We want it great for everybody because we want a great nation, and a great nation requires everybody doing the best they can. 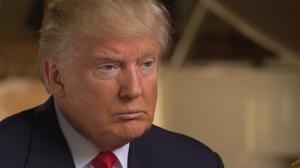 RUSH: By the way, what I was gonna say about Yuba City, I didn’t mean to insult the caller.  It was a funny thing.  Yuba City, California, this is right when I got to Sacramento, had to be the first three months, 1984.  One of the top 10 worst places in the country to live, while Chico, California, was one of the top 10 party places in the world ’cause of the university there, Chico State.

So the mind-set and the self-esteem of Yuba City was horrible.  I had to go up there and do a remote from city hall and people wanted to leave and go back to Sacramento with me. I had a train of refugees actually leaving Yuba City.  It was one of the first remote and only remote broadcasts I did.

But it’s one of the most funny things that happened gave me all kinds of opportunities to ingratiate myself. Rio Linda was yet to come out there in the Sacramento area.  You know, Sacramento’s always gonna be my adopted hometown.  That’ll never change.