Mexican-American Voter: I Tell Everyone I Voted Trump!


RUSH:  Marissa in Long Beach, California.  Glad you waited.  Great to have you here with us.

CALLER:  Hi.  It’s a pleasure and honor talking to you, Mr. Rush.

CALLER:  It’s my first time in so many years that I want to try to talk to you.

RUSH:  I so appreciate that — and like all first times, you will not forget this, I guarantee you.

RUSH:  Good.  So your point is you are Mexican, you’re Hispanic —

RUSH:  — you voted for Trump, you are a citizen, and you know a lot of others who did the same thing, but they don’t talk about it openly —

RUSH:  — because they don’t want a lot of grief from friends, right?

CALLER:  Yes.  And also because I’m Republican and conservative, and I vote for Trump, and I always talk about it since Obama — the first election, the second election — I’m being harassed at work. 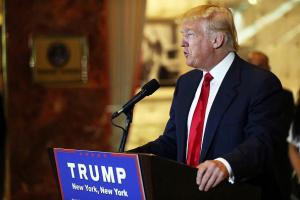 CALLER:  — them inside the corral and telling them what to do.

RUSH:  Well, Marissa, I’m glad you called.  I am sure that there are tons of people like you out there.  We know that there are.  We know that Trump got every bit the percentage of the Hispanic vote that Mitt Romney got, and that late-breaking surge of Hispanics for Hillary was a bunch of BS, as well.  Well, she sounds like she has got some newfound confidence out there.  She feels comfortable in telling people what she thinks now.  That’s great.  Marissa, thank you so much.  I appreciate the call.