The First Time I Met the Indefatigable Donald Trump


RUSH: “Trump Out-Campaigned Clinton by 50 Percent in Key Battleground States in Final Stretch.”  This is an NBC News story.  You know, folks, about this, we had a story earlier about how members of Hillary’s campaign team are now leaking that they were way over confident.  What’s happening is that people on the staff don’t want to take the blame for this.  So they’re starting to leak what was going on at the upper echelon of the campaign with Podesta and with Hillary and so forth.

It’s clear from what these leakers are saying that there was so much arrogance and overconfidence. They thought Trump had no prayer. They thought the election was over.  Even as late as nine o’clock on election night Hillary thought she was gonna win in a landslide.  And if you go back and look, eight o’clock, if you look at the raw vote totals in many important states at eight o’clock — I’ll never forget this — Hillary was up 10, she was up eight, she was up seven.

So now all of the leaking is going on about what was really going on.  Arrogance, thought they had it in the bag.  And this story on top of it: “Trump Out-Campaigned Clinton by 50 Percent in Key Battleground States in Final Stretch.”  What that means is that Trump spent roughly 50% more time in six key battleground states than Hillary did.  Get this.  Trump made a total of 133 visits to Florida.

You’ve heard of the word indefatigable?  That’s Trump.  He’s 70 years old, gets up at five in the morning, he sleeps four hours a night, and he doesn’t stop.  Donald Trump has never smoked and he has never consumed adult beverages.

You know when I first met Donald Trump?  I’ll tell you a little story.  It was 1989.  I moved to New York in July of 1988 and did my first radio show in New York on July 4th and the first national show, this show, on August 1st, 1988.  And I was living in a hotel for the first six months there, which was part of the deal so I could focus on getting the show up and running and not have to worry about finding a place to live and relocating and all that.

And as the six months came to, I had met some people and one of the people I had met was Senator D’Amato, Al D’Amato, and good friend Dick Torykian of Lazard Freres. And I was telling him my plight that I needed to find someplace to live, preferably in Manhattan, gave the particulars, so D’Amato got involved, somebody called D’Amato.  In fact, it was at dinner at 21 where D’Amato said, “Oh gosh, that’s gonna be easy.  I’ll get this taken care of.”  And the next day Donald Trump called and said, “I understand from Senator D’Amato that you’re looking for an apartment. Why don’t you come by Trump Tower, there’s some vacancies and I want to show them to you.”  And he personally showed me three apartments, homes in Trump Tower.

He was in full sales mode.  He was telling me the price. He was telling me what was gonna happen in New York real estate, “You can’t afford not to.  You can’t afford not to buy a place here.”  They were beautiful places and they were all furnished.  One was owned by Andrew Lloyd Webber.  It was not for sale, but Trump had permission to show it to me.  And I asked him, I said, “Donald, Mr. Trump, nonsmoking building, right?”

“These windows don’t open? There’s no way I can smoke cigars in here.”

And at one of the places the bedroom was only big enough for a queen size bed.  I said, “That doesn’t look big enough.”

He said, “What are you gonna do in here besides sleep?” And I kind of cocked my head, looked at him. (laughing) But he was in full sales mode, nice as he could be.  (interruption) Senator D’Amato set this up.  My memory, it could be that he gave me a number to call and the number was Trump, somebody, but whatever, a meeting with me and Trump was set up. Somebody called me and told me to meet Donald Trump at Trump Tower X-amount of time. I went over there and did so and that’s where I first met him.

He showed me three or four different places, and he said, “Look, if cigars are a deal breaker, I’ll let you use the park on the roof that I use.”  And he had his security guys with me, and he was going through the security in the building and how that’s very important and anything you need. He said, “There’s no better building in New York. You couldn’t find a better place to live,” and he turned to his security guy, “Right, Fred?”  Whatever his name was.  And the security guy, “Right, Mr. Trump, no place better, no place safer.”

“See what I’m talking about?  You’re not gonna find anyplace better.  You go to that building across the street, it’s nothing, let me tell you, it’s nothing. You can’t get anywhere near what you can get for the price.  You can’t afford not to.”  It was full-court press.  But the deal breaker was no way to smoke cigars in there.  So, yes, I moved to the upper — it was not the Upper West Side.  It was on the border.  I mean, Zabar’s was a trek.  It was west 60th Street.  It was right across the street from Fordham.  Right across the street from Fordham law school, exactly right, and Lincoln Center was right there.

Great doorman, guy named Otis, walk out the front door, raining, waiting to get in the limo to go to work and Otis would say, “Liquid sunshine today, Mr. Limbaugh, liquid sunshine.”  So, anyway, I saw Trump periodically after that, but he’s never smoked, he works hard, gets up at five a.m., sleeps four hours a night, and this is what people who work for him are gonna have to do.

The West Wing’s a tiny place, really, when you consider all the people that are in there. It’s really cramped where everybody’s got an office in there, it’s cramped.  And Obama’s renovated it with a new carpet and wallpaper and stuff, but it needs to be completely renovated.  So for the first year of Trump’s four-year term the Oval Office may be unavailable, which I don’t think he’s gonna mind ’cause I don’t think he’s gonna want to spend a lot of time in Washington anyway.

Trump’s airplane is a Boeing 757.  He bought it from Paul Allen.  Paul Allen owned that plane originally and Trump bought it from him.  I know this because I had to negotiate with Trump to use the gold paint that he uses on his plane. (chuckles) I did, and it turns out we couldn’t use his gold paint because the plane was a Boeing 727 at the time, and the paint that he was using would not work at altitudes of 50,000 or 51,000 where EIB One can fly.

So we had to invent a whole new paint, and it’s called Gold Rush. (interruption) No, I didn’t take ownership of it.  It’s Sherwin-Williams.  But Trump had a trademark or something on the gold. It looked like gold leaf on his 727.  It was largely automotive paint, which is okay when you fly at 35,000 feet.  If you go higher than that, it starts to peel off and so forth.  None of this I knew until I wanted to get it and use it. I remember calling him and asking him about it. “What do you want to use it for?” I said, “I just want to put a little strip of it on the plane.”

“Oh, well, then no problem. Have at it.  I’ll put my people in touch with you give you the number. You can run with it.”

(laughing) No, I don’t want to Trump on the plane!

Anyway, where all this started is this story about Trump out-campaigning Hillary.  He went, for example, 133 visits to Florida… This is in the last few weeks: 133 visits to Florida, Pennsylvania, Ohio, North Carolina, Michigan, and Wisconsin.  In that same time period, Hillary visited those states 87 times.  Now, part of that is because I’m sure the Clinton team’s overconfident and thinking it’s in the bag.  But I also think there’s another reason.  They had her on the shelf for preservation.

I don’t think Hillary has the energy that Trump does.  I don’t. She is not well, obviously.  She’s not a hundred percent.  But he earned this, is the point.  And he… It sort of undersells it to call him a hard worker.  That doesn’t quite touch it. But I think he’s got every intention of revising how everything happens in Washington, in terms of how it happens, how fast it happens, the routes you take to make things happen.  If I’m right, it’s gonna be fun to watch ’cause people’s heads are gonna be spinning trying to catch up with him. 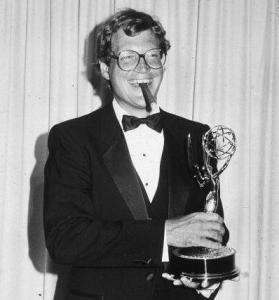 I said, “No, no, you’re misinformed. I just want the color.”