How Do We Define Smart?

RUSH:  Great to have you, sir.

CALLER:  So earlier, you were talking about how the left was in kind of a state of chaos, and it got me thinking about my friends on the left.  And most of them are actually really truly smart people.  They’re from like MIT, Brown, Urbana, and have really tough technical jobs.  But as smart as they are, they rely solely on the mainstream media for the truth.  You know, you try to offer them something from the right, and they’ll pick it apart and they’ll research the living heck out of it. But they’ll rely on the Washington Post and CNN, and anything they say is gospel.

CALLER:  So I guess… You know, how can smart people be so blind to things that are obvious to me, like the day Obamacare was announced?

RUSH:  You know, this is a brilliant question.  I should say the answer to it offers the opportunity for brilliancy. It’s a great, great, great, great question, and I’ll tell you something.  I have pondered it myself.  I remember back in 1985, for some reason, I found myself reading an issue of Playboy.

And there was an article in that issue of Playboy by William F. Buckley entitled, “Redefining Smart.”  And he took on what I thought was a giant premise of how do we define smart today?  Not IQ.  That’s one way of measuring it.  A really smart guy, high IQ, but you’ve just described things that are not smart.  Your guys may be Ivy League educated, but they’re not smart.  Their minds are closed, actually.

The direct answer to your question is prejudice.  What prevents them from seeing anything other than what they already believe is prejudice.  They’re literally prejudiced, they’re closed-minded because they are arrogant superiorists, and that can only mean that they’re liberals.  They’re not open to anything else, and not only are they not open, they openly denigrate people who are thinking in ways other than the way they do.  I don’t think that’s smart.  I don’t think there is anything smart about that.  That’s educated, and that’s a problem with education. 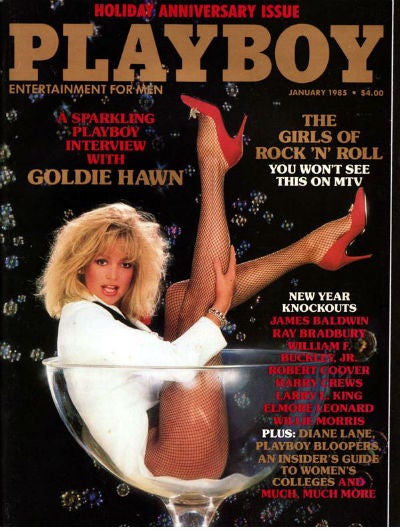 What you’re really asking is how can people be so closed-minded and not even question things, not even think about things.  And when do you think it was — this kind of question fascinates me — at what point in human history, when was the last time it was possible for any human being to know everything that was known at that time?  For example, it is humanly impossible for any human being to know everything now.  So how are we gonna define smart?

And that’s another reason we are in the trouble that we’re in.  We were just assuming because people come from certain institutions, that they’re automatically smart if they graduated.  And I submit to you that is not the case.  I know people that didn’t see college one day that are smarter than anybody else I know, just in terms of the ability to critically think, to understand, common sense, to open-mindedly learn and accept what will learn as what is and what to question or what not to question.

There is so much closed-mindedness, there is so much closed-off thought, there is so much bigotry and prejudice within knowledge that it, I think, is stunting the actual intelligence growth of our population. Not our capabilities but our actual intelligence growth because all of the stigma that’s attached to people that don’t have formal educations as opposed to those who do.  But the people that have formal educations have been programmed and indoctrinated in many cases, not in all the disciplines.  I mean there’s some graduates that, medical school, you have to know it, for example.  You have to know it.  And they make sure you know it before they turn you loose, if you’re a practitioner.  Look, before I go, Barry, would you like a brand-new iPhone 7 or 7 Plus?

CALLER:  That would be amazing.  Thank you.

RUSH:  What kind of phone do you have now, Bare?

RUSH:  Okay.  So do you like that size or do you want a bigger screen?

CALLER:  Black, but not really.

RUSH:  I can accommodate whatever color you want.  If you want black, we have black.

RUSH:  Black AT&T iPhone 7 Plus.  Hang on and Mr. Snerdley will get your address so we can FedEx it to you for tomorrow delivery.

RUSH:  So I got this smart aleck email during the break reacting to my comments from the guy who wanted to know why his liberal Harvard and Ivy League educated guys are so stupid.  I’ll share the email, paraphrase the email.  I got the San Francisco thing here, and the whole idea of Ford keeping their product manufacturing here and Apple thinking of bringing it here.  It’s amazing what’s going on here.

RUSH:  That’s right.  One exciting, busy broadcast hour remains.  Je suis fatigue, El Rushbo here behind the Golden EIB Microphone, at 800-282-2882.  And if you want to send an email, ElRushbo@eibnet.us.

So this guy sends me a note.  He says, “You’re the one that’s arrogant.  You sit here and you claim they’re wrong and you’re right, that they’re programmed, that they’re not really thinking, but you never see their way, you never agree with them.  You’re just like them.  You just won’t be honest about it.”  Signed, know-it-all.

Let me tell you the difference. I am a conservative.  I have said I don’t know how many times, conservatism is an intellectual pursuit.  And by that I mean liberalism’s easy.  Liberalism is the most gutless, easy choice. It’s not even a choice.  Liberalism is just, you feel it.  And there’s nothing hard about it at all.  You don’t even have to do anything.  You just have to notice suffering and talk about how it. (crying) And you’re a great, big-hearted, compassionate person.

Conservatism, I believe, happens to be what happens when people behave according to a certain moral code, a certain sense of right and wrong, people that are accepting responsibility for themselves. Conservatism is what happens when you’re a good citizen.  But here’s the real difference.  Those guys that he was talking about, all these Harvard and Brown and other Ivy League educated people, they can’t tell me one thing about me because they haven’t even gone to the trouble to learn what I believe.

They believe in nothing but caricatures of all conservatives.  They’re such superiorists and such closed-minded people, they don’t even take the time to really understand what I as a conservative or you really think and why, but I can tell you everything about them.  I can tell you more about them than they know about themselves.  I have studied it.  My arrival at conservatism is the result of actually thinking and considering the two and following my instincts.

There is nobody better at deconstructing liberals than me.  If there is, I haven’t met ’em.  This is not a brag.  It’s a statement of fact.  Because I’ve spent my life studying them so that I can predict them, so that I can warn people, because liberalism is destructive, as we’ve seen in the last eight years, as we’ve seen our whole lives.  Aspects of liberalism in this country under its control are in rotten shape, they’re in horrible, rotten shape, and the people that live under liberal control are miserable and unhappy and constantly enraged.

I can explain why.  I can tell any liberal why he or she thinks what they think.  I can predict to them what their reaction to any event or person is going to be, because I know them, because I have taken the time because I’m curious to study it.  I know what liberalism is. I know from where it springs and derives, and I know the vast majority of people who are liberals, what they are going to do, say, and think about.  Pick a subject.

They can’t get close to doing the same with me because they think it’s even beneath them to know.  They’re so closed-minded and so superiorist and so prejudiced that conservatism to them is something so weird and odd, and what do they think it is?  It’s evil stuff.  It’s racist.  It’s sexist.  It’s bigoted.  Why do they think that?  They don’t think it.  Because it isn’t true.  It’s not something you can know.  If you believe that, you are wrong, and you are not smart.

But it’s the lack of curiosity they have to even try to understand it, is why I think there will never be a unity. They don’t want there to be.  We’re the ones that talk about crossing the aisle ’cause we’re good people and we actually do want them to be right about us.  They’re not interested.  They’re not interested in anything that promotes friendship, comity, getting along.  They are discriminatory, they are prejudicial, they are bigoted, and yet that’s what they throw around about everybody else.

They are the shining examples of all of those things, liberals are.  The more committed, the worse.  Many liberals don’t even know what liberalism is.  They’re just following the train ’cause it’s the safest way to go.  So that’s the big difference in why I’m not one of those Ivy League guys that our caller was talking about, ’cause I can explain everything there is about them, and I can tell you exactly why I would never be a liberal, why I couldn’t be one, why I would not be able to live with myself if I were.

They can’t get close to explaining to me why they’re liberals.  They can’t even tell you what’s great about it. Other than surface oriented, feel-good stuff, they don’t even know what it is, ’cause if they did and they’re that smart, they wouldn’t be liberals if they knew what it really was.  If they ever took the time to admit what really happens when liberals control things, they would never do it, they would never be one.

“So, Mr. Limbaugh, how do they sit there and stay liberals when they’re destroying things?”  They don’t think they are.  It’s our fault that they’re not succeeding or there’s not enough money or the right enough people haven’t been in charge. Liberalism’s greatness and utopia, it’s always way out there in the future, like everything they believe.  It’s always way out there and there’s always obstacles in their way. Every failure they have is our fault.  Same thing with every issue of theirs.  They’re gonna fix everything in 50 years.  They’re gonna fix everything in 30 years.

Climate change, you name it, nothing will ever get fixed in the present day because subconsciously they know that it isn’t gonna get fixed because what they believe in doesn’t work.  I can say all of this about them from a completely informed and educated point of view.  They can’t talk about me as a conservative this way for 10 seconds.  So there.