Andrea Mitchell: Voters Saw Hillary as a Man — They Didn’t See Her Humanity

RUSH:  So I get this note from Cookie.  You know, we have ban on MSNBC.  I do not play audio sound bites from MSNBC, and the ban goes back many years.  Why in the world should I create an audience for this bunch?  I mean, they’re nothing but a bunch of deranged leftists, and they literally have libeled and slandered me over the years.  Why in the world should I focus anybody’s attention?  So I decided not to, and the moment that we instituted the ban is when the 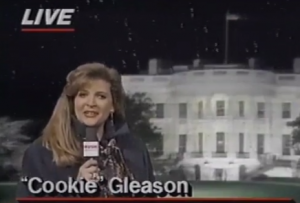 Now they are… (sigh) Well, I was gonna use a colloquialism involving a pig, but I will just say they’re hurting.  But Cookie listens to them. She’s watches them. She’s looking for anything that might be a good sound bite. So occasionally she’ll hear something and beg me to lift the ban, and she just did.  She said she’s got this great sound bite here from Andrea Mitchell, which she says may be the best — one of the best — Andrea Mitchell sound bites she’s ever heard.  Okay, so that’s raising expectations, is it not?

I haven’t heard it.  All I have a transcript for it. (taps paper) Right here.  But I’ve not heard this.  Now, let me set it up.  Andrea Mitchell, NBC News, Washington, married to Alan Greenspan. Every day at their house is Halloween when one of them smiles. (laughing) Did I say that?  (laughing)  Excuse me.  Anyway, she goes back many, many moons.  She’s been at NBC News before… I think I was a teenager and she was with NBC News Washington. (sigh) Anyway, she’s totally devoted to Hillary.

She’s been in the Hillary camp for as long as Hillary has been public, and she’s like many on the Hillary campaign.  What is that?  Oh, never mind.  I just saw a picture of something on MSNBC, and I didn’t know if it was male or female. (interruption) No, I’m not gonna tell you who because then that’ll end up being reported and they’ll call me some name or something.  Was just… I couldn’t tell whether the person I was looking at was male or female.  It was an MSNBC host.  And I did a double-take at it, said, “What is that?”

And I had to explain why I interrupted myself here to the audience.

So apparently she was on her show. She has her own show. Andrea Mitchell, NBC News, Washington, has her own show on MSNBC, talking to Chuck Todd of Meet the Press about what went on at Harvard yesterday at the postmortem of the election, and the big knock-down/drag-out between Jennifer Palmieri of the Hillary campaign and Kellyanne Conway of the Trump campaign, and the bite — it’s only about 32 seconds.  Remember, now, Cookie said this is one of the best Andrea Mitchell sound bites she’s ever heard so let’s listen to it.

MITCHELL: (whispering) They were very protective of her and the reason was they were hurting because — not only because she lost and she’s in pain. They’re in pain.

MITCHELL: But because it was so nasty coming from the other side.  “People don’t like her! You know, she’s…” That’s what they were saying! “Your candidate is not relatable,” and what made them all upset is that all of her focus groups showed that people related to Hillary Clinton as a man. (pause)

MITCHELL: As though she was a commander-of-chief. (sic)  She said, “I’ve elected six women senators. I’ve never had a candidate….  People view her as a man.”

MITCHELL: They did not see the humanity in her.

Mandy Grunwald, who is a pollster, has run campaigns for a bunch of Democrats, went out and focus grouped Hillary and found out that what Kellyanne Conway is saying is true.  People don’t like her.  They don’t relate to her.  And the insult — the insult to injury — was that Mandy Grunwald says she has focus grouped… She’s elected six women senators, and Hillary is the only Democrat where people view her as a man.  Now, that is these people’s world…

You might be saying, “So?  Big deal.  She wears pantsuits!  Why shouldn’t she be considered a man?”  You’ve gotta understand: In these people’s world, it is men who are the archenemy.  It is men. The glass ceiling! It is men who’ve held Hillary back.  First her philandering husband, and then Obama coming and stealing her thunder, and now Trump!  The reprobate of all men!  It’s men that have denied Hillary Clinton, men! And Hillary’s done everything for men.

She gave up her life for her husband. She gave her future for her husband and she has been nothing but the most cheated-on woman in America.  It just destroys them when they find out that average, ordinary Americans don’t see a woman when they look at Hillary, because did you hear the end? Andrea Mitchell said, “Yeah, they see her as a man! They do not see the humanity in her.”  So, in these people’s world, what must a woman who is seen as a man mean to them? (interruption) Well, that’s what the real question is: What does being a man mean to them?

This is an eye-opener, because apparently being a man in these people’s world is so bad, it’s almost the worst thing could happen to Hillary is to be viewed as a man.  It equals no humanity.  Men have no touchy-feely, men have no humanity, and Hillary is seen like that! She’s devastated.  Andrea Mitchell, NBC News, Washington is devastated. (interruption) I know.  It’s… You’re trying to make sense of it and you can’t.  You’re saying, “We elect men! People like men.” Not in this crowd!  Men are the problem in this crowd.

It’s a small crowd.  But I’m telling you, men… Trump is especially reviled and despised because he’s really a man.  He’s really a man. He’s really what’s wrong with men, and they just can’t stand this.  And that’s why they’ve conjured up all these excuses to explain this reprobate beating her.  “Well, you know, it’s white supremacists and it’s the KKK and it’s the alt-right,” because they just can’t come to grips with the fact that people do not relate to nor do they like Hillary.

They love Hillary, they think Hillary is God’s gift, but nobody else does — other than the people who pay Hillary, donate to Hillary.