The examples of it are so few and far between.  Now, for some odd reason they’re not even reporting how many votes Jill Stein has gained or lost, and she’s the one doing the recount.  She’s the Green Party babe ostensibly doing the recount, but obviously not for herself.  She’s doing it for “electoral integrity.” Election integrity.  And we know that she’s not recounting for her.  She’s an agent for Hillary Clinton, bought (most likely) by George Soros.

They found a federal judge appointed by Obama in 2010, a guy named Goldsmith, and they’ve appealed to this guy to have a federally mandated recount in Pennsylvania, because they didn’t want to wait for the state to turn ’em down because that’s what would most likely happened.  There’s no evidence of any fraud or of any glitches or anything of the sort in Pennsylvania.  And the way this is gonna work out, even if, folks, just in the wildest scenario you can imagine — even if (and it isn’t gonna happen); even if it did.

If the recount gave Hillary the win in Wisconsin and if a recount gave Hillary the win in Michigan, Trump would still end up at 280.  They need Pennsylvania.  And I don’t think anything’s gonna come of this.  I think this is pure fundraising scammery going on along with servicing a bent-out-of-shape bunch of leftists who still can’t come to grips with what happened, and maybe at the outside a wild dream that they could actually overturn this, harass enough electors, and get it to Hillary. But that’s I don’t think what their objective is any longer.

RUSH: Flushing, Michigan.  This is Susan.  Great to have you on the EIB Network.  Hi.

CALLER:  Good.  Thanks for taking my call.  The reason I’m calling is I’ve been thinking about the three states that got picked for the recounts, and I’ve been wondering, like, why would they pick these three states?  They didn’t pick any of the other states where, like, Hillary maybe only won by 3,000.  They picked the three states that were supposed to be gimme states for Hillary.  And I know Jill Stein is doing the recall and everything — or the recount and everything.

But I feel like Hillary’s behind all this and they’re paying her, and I just feel like they know that there’s not going to be any kind of a change in the election because of this, but they’re gonna continue to do it because it’s a… I feel it’s a big “screw you” to the taxpayers of these three states because we are gonna have to pay. In Michigan, the taxpayers are gonna have to pay over $5 million towards this recount.  And I think that if the Democrats are behind this, and I feel they are, that this is their way of getting back at us.

The first and foremost is a fundraising effort. That’s primarily what Jill Stein is doing, and for whom ultimately we’ll have to wait and see.  There’s also an effort to delegitimize the election in terms of public opinion.  I don’t think they really think they’re gonna overturn this.  They dream maybe that in a long shot it could happen. And this is, I think, why the attack on the electors.  I think what they’re really trying to do is delegitimize the election and then delegitimize the Trump administration.

I think they would love to say, “Look at this guy as president! He lost the popular vote, barely squeaked by on the electoral vote. This guy doesn’t… He didn’t win anything. He doesn’t have a plurality, majority. He didn’t get… We still are.”  And they’re trying to do everything — and that’s to stoke the media to carry the story.  And it’s Hillary keeping her options open for 2020 and Hillary continuing to keep the money channel open for the Clinton Crime Family Foundation by talking about setting herself up or making plans to run again in 2020.

That allows donations to continue to come in. And, more importantly, it stops what might be requests for refunds from donors to the Clinton Crime Family Foundation.  Mostly, it’s the left flailing away as a bunch of spoiled brats unable to accept rejection. And as the recounts are showing, there isn’t any fraud. There hasn’t been any of this that they’ve claimed, that they desperately hoped to find.  So there’s a bunch of things.  Look, time is dwindling here, Susan.  I need to ask you because I’m asking everybody here: Would you like a new iPhone or iPhone 7?  You don’t have to take it.  Don’t be obligated. If you’d like to —

CALLER:  I would absolutely love that.

RUSH:  And who’s your carrier?

RUSH:  Verizon.  And do you have a color preference?

CALLER:  Well, what are my choices?

CALLER:  I think I’ll just go with the matte black. 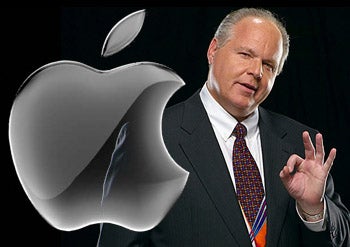 RUSH:  Okay. If I don’t have one of those, I’ll substitute a different black or something close to it, but I think I’ve got a couple of each color back there.

RUSH:  The phone is unlocked.  There’s no SIM card in it. So, depending on what kind of phone you have now, you can swap your SIM card and be off and running.  But whatever. Take it to the Verizon store — if you’re gonna do that — in the box.  Tell ’em it’s a gift and it’s unlocked.  Hang on so we get your address to send it out to you.

RUSH:  Okay. Susan in Michigan, we had a matte black iPhone 7 unlocked.  It’s on its way to you.  And speaking of Michigan, the GOP in Michigan is saying the recount there could cost as much as $12 million.  That’s how much it can cost the taxpayers.  Michigan, Wisconsin, Pennsylvania, those three states were chosen because Trump’s margin was small enough there, it was felt, that they might have some success on the recounts.

CALLER:  Thank you, sir.  I want to know why Dr. Stein keeps telling us that this is about “the integrity of the vote.”  She suggests equipment has been tampered with or some such thing.  Well, if that’s the reason for this effort, why are we recounting votes first and not asking these so-called forensic computer experts to explain what they’re looking for and what they have found to this point?

RUSH:  Because there isn’t anything. They haven’t found anything.

CALLER:  Well, precisely. It’s a ruse, and we all know that.

RUSH:  This is like somebody starts a rumor that George Bush met with the Iranians to discuss keeping the hostages until after the Reagan-Carter election, and there’s no evidence, and the Democrats said, “This is a serious charge! We gotta look into it.” Exactly what’s happening here.

CALLER:  Yeah.  I mean, show me some evidence, give us a reason why they’re going through this —

CALLER:  Exactly.  And that’s why everyone should be outraged that we’re being subjected to this exercise.

RUSH:  Hey, let it happen.  The more the Democrats do to expose who they are right now the damn better it is.

CALLER:  Well, it shows how bankrupt their ideas are because of how they’re flailing around out there for something.

RUSH:  K-nay.  K-nay.  I have been trying to tell people this for 29 years, and now they’re exposing it themselves, and people are seeing who they are.  Look, hang on here, Jimbo, through the break.  I gotta ask you about the iPhone you want before I let you go.  So don’t go away.  Just hang in there.

CALLER:  The 7 Plus would be great.

CALLER:  Black matte if you have it.

RUSH:  Black matte.  And what carrier?

RUSH:  AT&T.  You’re gonna get an unlocked SIM-free iPhone which means it’ll work on any carrier.  Do you have an iPhone now?

RUSH:  Okay.  So the SIM card in that one is too big for this so you’ll have to take the new phone, and make sure you take the box with it, it’s got all the numbers that they’ll need, take the phone in the new box to AT&T, and tell ’em you want to move the number to the new phone.

CALLER:  That’s so kind of you.  I appreciate it, and Merry Christmas to you.

RUSH:  Same to you.  And hang on so Mr. Snerdley can get your address.  You’ll have it tomorrow.