Why Is Trump Seemingly Ignoring Loyalists and Courting His Critics?

He’s acting like the president already.  He’s trumping Obama. He’s going around Obama. He’s ignoring Obama. He’s simply being insensitive about Obama and Obama’s still the president.  And people are very, very concerned over this China thing.  This is all funny to watch.  I have to tell you, I’m getting such entertainment watching this crackup all throughout the Washington establishment.

Like Romney is the name that came to mind.  And as I say, I had had that fleeting thought myself.  It was more an observation, not a question.  It was just something I had observed.  I was thinking about it last night to prepare myself to discuss it with you today.  And it’s amazing how things happen.  Because in the process of doing show prep today, I encountered a post by our old buddy Steven Hayward at Power Line. 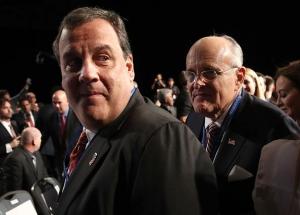 “News item: Trump’s most vocal loyalists during the campaign, Chris Christie, Newt Gingrich, and Rudy Guiliani, have been completely passed over for senior positions. … News item: Trump meets twice with Mitt Romney, dangling the position of secretary of state to one of his most severe critics in the GOP nomination battle.”

And then we see Trump and Ivanka meeting with Algore yesterday.  And Trump is meeting with a lot of people who opposed him, a lot of people who mocked him and made fun of him.  And while he has put some of his most ardent supporters in very close positions like White House adviser staff positions, some of the most visible and prominent longtime supporters of Trump are being passed over.  And in the case of Chris Christie, you could even say publicly shamed, to an extent.

And Hayward has posted a couple — well, an excerpt from the book The Prince by Machiavelli which deals with this exact phenomenon.  And essentially, without reading the writings of Machiavelli I’ll just paraphrase it for you.  It’s his book The Prince.  And it’s uncanny.  It’s uncanny how applicable what Machiavelli wrote hundreds of years ago is to what Trump is doing today.

And so they’re going to be resentful, in large part, throughout the term of their service, whereas the people who opposed the prince will end up being owned by the prince because the prince is saving them.  Normally opposing somebody who’s been elected president, you’re done, you’re finished.  But if the prince brings some or any of those people into his orbit, those people are grateful; and I think it’s true in this case. This is public life.  These are people who live and die by their reputations. They live and die by virtue of what people think of them, by their resume, and so the Machiavellian theory is that the people who opposed you the most vociferously, the most rudely, you bring them in, if they’re qualified, you bring them in and you own ’em because will have to continue to prove their loyalty day in and day out by virtue of action, not words. 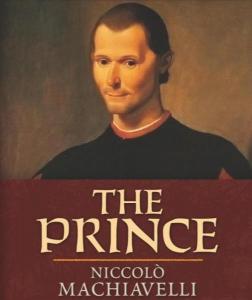 So the theory is bring in Romney and he’ll become Trump Jr.  He has to in order to stay there.  He will not come in and try to sabotage and overthrow Trump.  This is the Machiavellian theory.  It doesn’t apply to everybody.  Romney might be somebody who might try to perform sabotage internally, but that would have to remain to be seen.  This is theoretical here from Machiavelli.

I just find it amazing that last night I get this email from somebody observing the fact that Trump is really not giving these ardent supporters of his much attention at all. They’re not showing up at the Trump Tower elevator cam. They’re not being reported as visiting with Trump. The news about them is that no positions are being considered. In the case of Rudy you couldn’t find a more eager, a more loyal, a more tireless day in and day out advocate supporter and campaigner for Trump.

And what is the story on Rudy?  “Well, we have some problems here with potential conflicts of interest, his business ties, secretary of state, not sure.” And then the list of potentials expands, and then the narrative becomes it’s sad for Rudy, guess he’s not gonna get the gig.  And who is for a time at the top of the list?  The one guy who went out of his way to destroy Trump, Mitt Romney.  And yet that’s who Trump went to dinner with, had a couple of meetings with, very public, praised Romney.  This is all very Machiavellian. (interruption) Well, no, it’s not that.  I’m being asked here if it’s kind of like keep your friends close, your enemies closer.

Perhaps. That might be a good way for low-information voters to look at this, but it’s actually far deeper.  It’s much more intertwined. I don’t want to say manipulative, but it’s brilliant in its theory.  And, again, here I am thinking about how I’m gonna answer this question ’cause this guy emails me last night, and I’ve noticed it, too, and then today, before the program starts in the process show prep I just happened to check the Power Line blog and there’s Steven Hayward’s post.

You want to hear a little bit about how Machiavelli actually wrote it?  Remember, now, Machiavelli goes back to the time of the Borges.  It’s like listening to William Bradford’s journal.  I mean, you have to read it two or three times.  It’s from book XX of Machiavelli’s The Prince.

In other words, they’ve just been decimated, they’ve just been wiped out, the prince has just made mincemeat of ’em.  Associating with the prince is the only hope they have of staying relevant in the principality, i.e., politics.  These people “are all the more forced to serve him faithfully as they know it is more necessary for them to cancel out with deeds the sinister opinion one has taken of them.”

In other words, they have to prove it every day.  They have to prove their loyalty every day, not just saying it, they’ve gotta prove it by deeds.  They’ve got to show it every day.  In other words, Trump will own them in the sense of loyalty, loyalty to the agenda, fealty to the cause.  “And so the prince always extracts more use from,” men who had been his enemies, “than from those who, while serving him with too much security, neglect his affairs.” 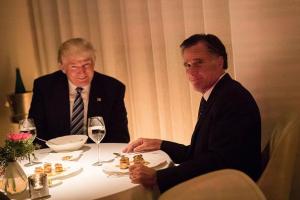 Whoever gets press secretary thinks they should get a policy position somewhere like in the cabinet, or people that get secretary of agriculture think, “No, I should be State!”  And they’re always thinking Trump doesn’t seem them the way he should see them.  They’re always dissatisfied.  Not always. I mean, look, these are works in human nature, but this is the Machiavellian theory that your friends, you bring ’em in, and they always think they were the most loyal.

Every one of them does. Every one of them thinks they are the most deserving. Every one of them thinks that they need to be the most rewarded. Here’s the next paragraph — and again, I’ll translate as necessary.  “And since the matter requires it, I do not want to leave out a reminder to princes who have newly taken a state through internal support within it,” meaning: I don’t want to leave out you people that just won an election, “that they consider well what cause moved those who supported them to support them.”

In other words, Trump must figure out why the Newts, the Giulianis, the Christies — pick any name you want — supported him.  Very, very important.  “If it is not natural affection,” if they supported him for reasons other than they like him, if it’s “only because those supporters were not content with that state” of affairs beforehand, “he will be able to keep them his friends with trouble and great difficulty, because it is impossible for him to make them [happy].

“And while reviewing well the cause of this, with examples drawn from ancient and modern things, he will see that it is much easier to gain as friends to himself men who were [happy] with the state beforehand, and therefore were his enemies, than those who, because they were not content with [the state] became friends and gave him support in seizing” the state. But their motivations must always be ascertained.  Why did they support him?  Was it to be chosen?  Was it to be on TV?  Was it to get seat on power? Was it, or was it genuine?

All of these things the prince must ascertain in deciding which of his supporters and enemies to surround himself with.  You can agree with it or not.  You can think it’s full of it or not.  To me, it’s karma.  I was sitting here last night (well, I’m sitting there, ’cause I was in my library at home last night), I got this email, and I’d been thinking about it anyway, and then it all comes together by happenstance when I check the Power Line blog today.