RUSH:  I want you to hear a sound bite.

Jeff Bewkes is the guy that runs Time Warner.  Time Warner may merge with AT&T, depending on what the Trump regulatory agencies think about this.  I can tell you that the left hates it.  The left hates cable TV.  They hate cable companies.  They hate anything you have to pay for, essentially — or they resent anything you have to pay for.  And the idea of Time Warner merging with AT&T just scares them because they think, “That’s another giant multinational conglomerate! There would be no competition. There’d be rapists here and rapists there and…” They have this abject fear of bigness.

Anyway, Jeff Bewkes is a lifelong Democrat donor.  He’s a lifelong Democrat voter, as you would expect. The guy’s in charge of HBO.  He hires or oversees the people that HBO hires.  And they hire liberal nutcases.  And that makes what he says here all the more remarkable.  He was on Business Insider program called 2016 Ignition Conference.  IgnitionCon!  Reminds me: When I was in my twenties, United Airlines, I’ll never forget, United Airlines changed the flight attendants’ uniforms.

Now, to set this up, here again, Trump doesn’t “have his sites set to the First Amendment.”  Here these people… This guy runs a sizable web conglomerate named Business Insider, and really thinks that Trump has got his eyes set on attacking the First Amendment, and it’s all because Trump thinks he wants to tighten the libel laws.  So Blodget says to Jeff Bewkes of Time Warner, “He’s obviously got CNN in his sights,” ’cause Time Warner owns CNN, so this Bewkes guy runs CNN.  “Are you worried about Trump at all in this way, Mr.” Bewkes?

BEWKES:  Nah, I don’t think that’s a serious thing.  We should all worry, if anybody’s gonna change the First Amendment — and remember, the Democratic Party had a campaign plank to change the First Amendment, and they were doing it in the guise of campaign finance reform.  And that was worrying me more.  Because the press tends to miss that, because they tend to lean that way, and therefore they were supporting what they were viewing — I think overly charitably — as something in cleaning up money in politics. When in fact what it would do is restrain multiple voices. And so I thought the threat to the First Amendment came from the Democrat side.  There’s not gonna be a serious effort on the Republican side.

RUSH:  Now, this is getting a lot of attention, because this guy owns… Well, he doesn’t own it.  He runs CNN. He runs HBO. He’s a Democrat donor, Democrat fundraiser, goes to all the Democrat fundraising parties (whenever there is one, he’s there), puts all that programming on HBO that advances the left and the Democrat Party.  Here he is claiming, “No, no, no. It’s the Democrats that attack the First Amendment.”  He’s talking about Citizens United.  He’s talking about Hillary wanting a constitutional amendment to overturn a Supreme Court decision. 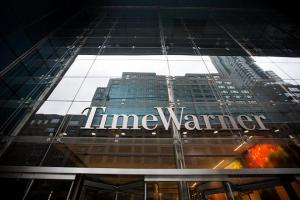 You got a guy U.S. Steel; the SoftBank guy in Japan, Masayoshi Son; you’ve got the Ford CEO, Carrier.  Look at all… Foxconn!  Have you heard about this?  The people that manufacture iPhones… They actually assemble them.  They don’t really make them.  The parts arrive. Foxconn, it’s Hon Hai Precision Industry, and they’re located in mainland China and Taiwan.  And they and Apple are announcing that they’re going to perhaps build factories here to make some manufacturing process of the iPhone in America.

Have you noticed all of these CEOs and Wall Street people who before the election were vocal being opposed to Trump, vocal in favor of Hillary…?  I’ve noted how practically all of them can’t wait to sidle up, particularly some of the Wall Street people.  It has aroused my curiosity, because if they’re all — and they’re singing Trump’s praises.  And I’m saying, “Well, if that’s true, why were you on the side of Hillary?  What in the world were you doing donating to Hillary, paying her all those speech fees?”  And the answer is obvious.

It’s one of two things.  It’s either fear or a desire for cronyism to sidle up to power or what have you.  But I think it’s profound that none of these people have the courage of their convictions.  If they really do mean what they’re saying now, that they’re excited about what the future holds for Trump, why didn’t they get behind him?  No, I’m serious.  I need to look into this further.  I mean, I want to expand the discussion point on this ’cause I keep it’s a teachable item.  But it’ll have to be for another day.