Is Apple Losing Its Edge?


RUSH:  This is Rob in Colorado Springs.  Great to have you, sir.  How are you doing?

CALLER:  Rush, it’s an honor to talk to you.

CALLER:  I just wanted to ask you your personal opinion on Apple and Apple losing its edge.  I don’t know what your personal experience has been with the new MacBook Pro, but, you know, I find it a little disappointing that it took over 500 days for a new MacBook Pro to come out. And other things like, as you know, they just [unintelligible] all of their engineers away from their AirPort’s line of routers, even though J.D. Power just made them number one in customer satisfaction.

CALLER:  Little things like that.  Their displays as well.  Now they’re looking to LG to fulfill high-end resolution displays.  What are your thoughts on all this, when it comes to Apple?

RUSH:  One question:  Do you have a new MacBook Pro?

CALLER:  I do.  I just bought a new MacBook Pro because I’ve been waiting for such a long time to have one for work, and I do enjoy it.  I have no complaints about it.

RUSH:  Yeah.  Apple has — it’s a wild guess — anywhere from 115 to 145,000 employees, and so it’s hard to understand why anything’s late to market. It’s hard to understand why, with that many people, how they would have to shut down their line of AirPort and AirPort express routers and the time capsules and all that.  I’m like you; I want Apple to thrive.  I want Apple to just win and win it, ’cause I love their stuff.  I want Apple to continue to innovate.  I want them to be on time.  I want them to be leaders.  And my big concern with Apple recently has been they can’t build what they’re designing.

RUSH:  You talk about the length of time with the MacBook Pro, but let’s look at the iPhone 7 Plus.  Do you realize Apple stores could not get stock of the iPhone 7 Plus until the first week in November?  They announced those devices on September the 15th or 17th, something like that, and if you ordered a jet black iPhone 7 Plus on announce day, they told you November.  And their stores couldn’t get them. 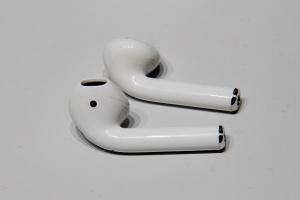 Your MacBook Pro story.  How about the Mac Pro itself?  Three years and no update.  What confounds all this is they don’t tell anything anybody.  They’re so shrouded in secrecy.  They may have decided to cancel the Mac Pro and haven’t told anybody.  My guess is there’s gonna be a super-duper MacBook Pro refresh in three or four months and you’re gonna be cursing yourself for buying the one you did.

I think they’re putting everything they’ve got in the iPhone right now.  I think that’s their moneymaker.  I think they’re putting all their innovation in the iPhone, and nobody really knows because they are so secretive.  But, look, I’m like you.  I wish we knew more about why there were delays.  I wish that they were able to more easily manufacture what they can design, because the stuff they release is just super.  It’s just the best.  It becomes iconic and the best, and you want more and more of it.  But I think they’re gonna be fine.  The iPhone is still the only phone in the world that matters, for example, and their laptops, ditto.

RUSH:  And, yes, my friends, Rob in Colorado was offered a brand-new iPhone.  He chose a Verizon iPhone 7 Plus, matte black.  He’ll have his tomorrow.  I didn’t just didn’t get a chance to ask him on the air, but we took care of it.