Did Trump Make a Tactical Error?


RUSH: One of the things that Trump did was he took some shots at the intelligence community in his initial reaction to this.

And that may be — and I’m not totally decided yet on this, but that may be his first big mistake.  Let’s review some things we know or think we know about the intel community.  Now, this next… I was thinking of this walking back in the studio here from the break the top of the hour.  I may have this one 180 degrees out of phase.  The Central Command which runs Afghanistan and the Middle East, the War on Terror region, the war with ISIS. Obama’s out saying one thing or another about ISIS.  Somebody revealed that the intelligence on ISIS had been cooked.

Let’s examine weapons of mass destruction in Iraq.  George W. Bush spent two years, ladies and gentlemen, traveling this country, speech after speech after speech explaining his policy, the run-up to war with Iraq, what it would take for Saddam Hussein to avoid war.  Two years.  He went around the country explaining it to the American people.  He gave them his options.  He told them what would trigger it, what could stop it or pause it.  And it was all Saddam Hussein.  It was up to him.  If Hussein came clean with his stocks of weapons of mass destruction, if Hussein came clean, we could all avoid all of this.

But following 9/11, Bush said we’ve got no choice.  When we have intel that bad actors around the world might be planning attacks against us, we’re not gonna wait anymore for the attacks to happen.  We’re gonna take preventative action.  And part and parcel of this was that intelligence agencies all over the world, folks, not just ours, MI6 in the U.K., the CIA, the DIA, the State Department IA, all of these intelligence agencies, Pakistani, allied security agencies, intel agencies around the world, all, every one of them, concluded that there were weapons of mass destruction and Hussein was lying to the weapons inspectors from United Nations. 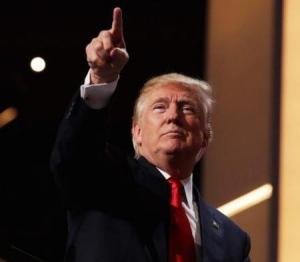 What we do know is that George W. Bush’s approval numbers ended up around 30% as a result of all of this.  My understanding, my theory is that, quote, unquote, intelligence people who, by definition, are unknown and work in secret can undermine anybody if they set their mind to it.  They can promote anybody.  They can make anybody they want look good.  They can undermine.  They can lie to a president.  “Mr. Limbaugh, I can’t believe you’re saying that.  These are some of the most patriotic people.”  I know.  I totally get it.  But don’t tell me that the CIA isn’t politicized when everything the hell else is, particularly with this administration.

Shortly after an election where a major upset happens and the Democrat Party cannot yet come to grips with it, we have two newspapers, the Wash Post, the New York Times, we have the Watergate reporters, Woodward and Bernstein, and we’ve got leaks from unknown people in the intelligence age that the Russians hacked and the Democrats have been pushing this narrative since the summer.  The Russians were out there hacking ever since Podesta’s emails ended up at WikiLeaks.

Julian Assange of WikiLeaks said the Russians are not the source.  John Bolton is out there saying, you know what, these things could all be coming under a false flag.  Bolton, who Trump really likes, by the way, I understand, Bolton is thinking that, hey, we can’t rule out that all of this is coming from the Obama administration.  We can’t rule out that this is a false flag.  In other words, “Investigators claim that they have found Russian fingerprints in the DNC computers.”  Really?  Why would the Russians leave evidence?

But Comey said, James Comey said that Hillary’s server was hacked by foreign operators, but the Russians didn’t leave behind any fingerprints in any of their other hacks.  They only left fingerprints supposedly in the DNC hack.  Again, the bottom line, folks, this is total fake news.