RUSH: I saw a story also from Bloomberg (I’m sure you’ve seen it elsewhere) and had the same reaction that I had all during the Obama years.

He’s the headline:  “Mitch McConnell, Paul Ryan Back the CIA After Trump Attacks the Hacking Probe — The two top Republicans in Congress offered strong support for the intelligence community yesterday, in sharp contrast to President-Elect Trump’s attack on the CIA after reports the agency found the Russian government tried to help him win the presidency.”  I’m gonna tell you what I think.  Folks, I saw red flags immediately with this.  They went up when I saw this headline: “McConnell, Ryan Back CIA.”  Look, I understand the need for solidarity with the intelligence agencies. They can do great damage to you if you buck them.

RUSH: McConnell and Ryan.  It’s like I said yesterday: Folks, I don’t want to be trapped by this narrative here of the Russians hacking the election and that’s why Hillary lost and Trump won.  I resent this.  I told you yesterday: This whole thing is fake news. Everything about it is fake news.  In fact, I’m gonna tell you what I believe.  I believe that whoever leaked this is not the Russians. I think it’s an insider.  I don’t think this is the result of a Russian hack whatsoever.

It makes perfect sense that people are fed up with losing jobs and not getting any wage increases and being told that America’s best days have already happened.  They’re tired of this! They don’t want to live in a country like that.  They don’t want to be led by people who seem to care more about certain groups of people than they do others.  They don’t want to be led by people who don’t see us all as valid.  I don’t believe… The American people are sick and tired — half of them — being told by the Democrats they’re unjust and immoral because of their skin color.

“The exit polls showed that Hillary won and then she turns out to lose; that must mean there’s fraud!”  These people are out of their minds, folks. They’ve literally lost their minds.  They have been infected with a special kind of stupid, and our first caller today was right: They are imploding.  They cannot handles this.  But the point is they are gonna continue imploding and they’re not going away, and they’re gonna do everything they can to try to delegitimize everything about Trump, his election, his presidency.  I see it in two ways.

It’s a problem.  It’s gonna have to be fought.  It’s gonna have to be beaten back.  And these people are going to have to be humiliated in defeat again.  The time for kid gloves and powder-puff days are over.  These people have already been pounded into the sand by virtue of the election, and it must continue.  I’m fed up with ’em! I’ve had it. This arrogance and this conceit that something’s wrong in the world if they lose an election? It makes every bit of logical sense they would lose an election and in an Electoral College landslide!

That does make sense.  It computes.  It’s common sense.

And I’ve had it with this idea that because they lose, “Something is desperately wrong with our institutions and we need to find out what it is — and even if we have to get rid of the guy who won because he faked it, we gotta put her in there.” No way.  These people have had their chance.  They have shown they have the ability to wreck this country’s economy, to doom this country’s future. They don’t see this country in an upbeat and positive way, and we do not need people leading this country who do not love it, who do not believe in it, and who do not think that its best days are ahead of us.

All they can do is bring everybody else down, which they try to do.  I’ve had my fill of it.  So they launch these tirades, and it’s like I said yesterday: I resent being pulled into this because this is a fake news narrative with fake facts — fake this, fake that — and I just resent it. Like I said yesterday: I did show prep, and I had two stacks, and 90% of one Stack was about this CIA/Washington Post/New York Times report that the Russians wanted Trump to win and so they pulled off some kind of magic — and that’s what bugged me about McConnell and Ryan.  There’s a part of me, folks…

That’s the wrong way to put it.

I believe that the people in the Washington establishment on both sides are not happy.  I know they’re not.  I mean, there’s no reason why they should be.  An outsider has come in and literally taken control of it and is on the march, and he is redesigning virtually every system they have had in place that first and foremost protects themselves: From the lobbyists, to the elected officials, to the cabinet people, to the bureaucrats in the various departments of government, to the certain aspects even of the establishment media.  And Trump is just knocking it all over and casting it all aside.  And I… I… (sigh) What’s the right way to put this?

Let me put it this way.  I will not be surprised — no, I don’t want to put it that way either.  Let me just say it.  I think there are members of the establishment, both parties, who are biding their time and hoping against hope that Trump bombs.  And all this talk about sidling up to him and joining him and thinking he’s great after they talk, I think it’s BS.

“McConnell, Ryan Back CIA After Trump Attacks Hacking Probe.”  In one way something never changes, does it?  The media comes out — what this is, it looks on the surface whether it’s this or not, it looks like it’s the typical fear of the media and not wanting to get on the media’s bad side, and right now the media narrative is that Trump stole the election with the help of Vladimir Putin and the intelligence agencies say nothing!  They don’t have a shred of evidence!  They just have analyst conclusions.  The FBI says one thing; the CIA says another.

Now people are saying, “Well, you know, the FBI looks at things in different ways, Rush.”  What do you mean?  “Well, the FBI they go into a case and they look at all the stuff they can accumulate to get an indictment and then a conviction. The CIA is not doing that.  The CIA is collecting evidence for intelligence gathering.  Two different groups of people looking at the same thing will see different results and different characteristics.”

You want to get that convoluted to try to justify the fact that neither has any evidence, all they have is supposition?  Just like there’s no evidence of man-made climate change, there isn’t any real evidence.  There’s just a lot of suspicion.  The whole thing is fake news.  When I see Republicans cozying up to that aspect of it, little yellow flags raise, not red, little yellow flags.

RUSH: Here’s Mark in Farmington Hills, Michigan.  Mark, great to have you with us on the EIB Network.  Hello, sir.

CALLER:  Hello, Rush.  I’m a Dittohead from back around the time of the bake sale, and when I say ditto, I mean it as the highest form of praise.

RUSH:  Well, you’ve been here awhile.  Thank you very much. 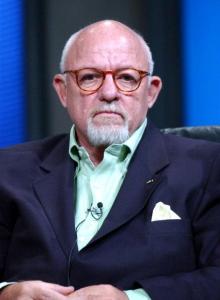 RUSH:  Hold it a minute.  Ed Rollins and people like you, what —

CALLER:  Well, he was spewing all this hatred about the fact that people like in the Tea Party and people who —

CALLER:  — who are highly conservative, that once, you know, Bush was gonna be elected again, that they were gonna clean house —

RUSH:  Well, from the beginning of that campaign —

CALLER:  — gonna get rid of all the people.

RUSH:  — remember, now, the Jeb Bush campaign strategy was to win the nomination without winning the base.  And I didn’t hear Ed Rollins say what you say, but if he did say that, that’s what he was carrying the water for.

CALLER:  Well, my question is, now that the shoe’s on the other foot, since I know that he did say that, is it possible that people like him, will have their house cleaned, so to speak?

RUSH:  Well… no.  They’ll bide their time.  They’re convinced Trump’s gonna implode still at some point.  They’ll try to be there to pick up the pieces.  I mean, that’s their mind-set.  Look, I’ve gotta go.  Tell Snerdley what kind of iPhone 7 or 7 Plus that you want, carrier, color, and all, ’cause I don’t have time to ask you right now.

RUSH: Reuters has a story: “Top U.S. Spy Agency Has Not Embraced CIA Assessment on Russia Hacking.”  What do you think the top U.S. spy agency is?  It’s the office of the Director of National Intelligence, guy works for the president.  This guy’s name happens to be James Clapper, but they are suspected to be ahead of the CIA in certain assessments and so forth and so they’re not necessarily embracing the CIA assessment.

Now, the Republicans said, “We were not hacked.  The story is fraudulent.  We were not hacked.”  The story is fake news anyway.  Frankly, I am shocked — I don’t mind admitting this — I’m shocked to see the numbers of people from across the political spectrum that are signing on to the premise that the Russians had something to do with this election.  I’m stunned to see it!

It crosses the spectrum, folks.  There are people, “yep, it’s very bad. We need to get an investigation. We need to search and look into this.  Shouldn’t we?  I mean, everybody would want that, right, if the Russians had been involved.”  I’m so sick and tired of Democrat Party created narratives becoming accepted without any question and then everybody signing on.

It’s there, folks, it’s simmering even among people who want you to think they’ve seen the light and are big Trump supporters.  Don’t doubt for a moment that that crowd still hoping and thinking Trump will implode is still there.