RUSH: Jim Brown, noted NFL great, I told you yesterday he was at Trump Tower with Ray Lewis. Jim Brown came down the elevator after speaking with Trump and just gobsmacked the assembled media.  He said, “I love Donald Trump.” After meeting with Donald Trump, Jim Brown said, “I love this guy.”  Jim Brown said, “The three most important men in my life were white.”  People who gave him his first opportunity, his mentor, and his coach.  So he doesn’t look at this as a racial thing.  What he heard Trump say about wanting to revitalize African-American neighborhoods in the inner city really fired him up.

He amassed all of his records in just nine years.  My dad was a huge Jim Brown fan.  I’ll never forget being a kid watching the NFL on TV. My dad was blown away by the fact that Jim Brown didn’t wear hip pads.  It’s amazing what you remember growing up.  I’ll never forget my dad telling me that about Jim Brown: “He never wore hip pads,” which meant that he was a tough, tough guy.  All of those rushing records in nine seasons.

RUSH: Jim Brown yesterday on CNN newsroom, he was talking to the anchorette, Brooke Baldwin, who said, “You have fought on behalf of a lot of the working class and middle class over your lifetime, Mr. Brown.  Speak to those people in this country who feel like they’re not being listened to or being represented.”

BROWN:  I’ve been out there for many, many years in the ghettos across this country.  I fell in love with him because he really talks about helping African-American, black people, and that’s why I’m here.

BALDWIN:  You fell in love with Donald Trump today?

BROWN:  When he goes through what he went through to become the president, he got my admiration, because no one gave him a chance.  They called him names.  People that called him names when he won, he reached back and brought them along with him.  He held no grudges.  The reception I got today from him, I’ll always remember that, because he listened to us, and he knows that we can bring something to him to help the people of this country.

“We’re gonna work so hard for you, you’re not gonna re… We’re gonna work so hard.” He started repeating line that there’s gonna be so much winning that you’re gonna be calling the White House asking to take a break on it for a while.  “There’s gonna be so much winning going on, you’re going to say, ‘Mr. Trump, Mr. Trump, let’s stop the winning, like just for a month or so we can catch our breath. There’s enough winning.'” He said, “I’m never gonna never stop.

“And Paul Ryan’s gonna call me and I’m gonna say, ‘Never stop! Never stop! We’re gonna win, win, win. That’s what we do.” He also said of Paul Ryan, “You know, Paul Ryan is like a fine wine.  It just gets better and better and better the more you get to know it and the more it ages.”  Trump doesn’t drink, was my first reaction when he used the fine wine analogy. He doesn’t.  He doesn’t drink; he never has.  He does not smoke.

So did you ever hear Brooke Baldwin? (haltingly) “You … fell in love … with … Donald Trump today?”

“He listened to what I had to say. Look at what he had to go through.”

You know, that’s a good point.  Look at what Trump had to go through.  Look all of the…  Hillary Clinton could not have survived if she had been up against that, as they’re demonstrating!  Democrats can’t survive in any kind of adversity.  Look at how they’re crying and whining like a bunch of stuck pigs over the mean Russians.  So last night on Anderson Cooper 99 on CNN, Anderson Cooper said, “There are a lot of Clinton supporters who are obviously upset about the result of the election. They’re depressed about it.  But you’re willing to give Trump a chance.  You’re willing to try to work with him.”

BROWN:  We have free elections.  Everybody can vote. We fought for that, we brag about that, and we know we’re gonna have a winner and we’re gonna have a loser.  If we respect the winner and approach that person and have access to that person, and that person will look at what we’re presenting, that’s not too bad.  I could have sat back and said, “Well, Hillary didn’t win. I’m just gonna sit on my butt and complain.”  But, see, the one thing about this country: If you get off your butt and you apply yourself, you can be successful.  But if you want to be delivered? Heh-heh-heh. You’re talking about the wrong country! 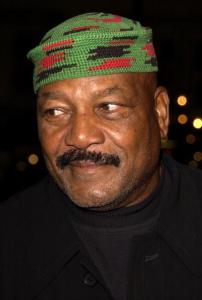 BROWN:  A lot of the black people in my community might think I’m a sellout by saying this.  The three greatest people in my life as a young person were white.  I’m not a person that really deals in color.

BROWN: I recognize the inequities certain cultures have to go through. I understand the history of slavery. I know all those things.  But I’m not a victim.  I can vote, I can participate, I can invest my money, I can invest my time, and that’s what I’m doing.  I’m not working for anybody.  I’m not making any money doing what I’m doing.  I’m doing it because someone did it for me.

RUSH:  “The three greatest people in my life as a young person were white. … I’m not a victim,” and the Democrats sneer when they hear things like that.