For the First Time in Eight Years, We Finally Have Hope, Mrs. Obama!

RUSH: They just won’t go away.  The very people who told us that Donald Trump represented a threat to the Democratic process themselves are trying to undo and overthrow the democrat process.  The American left and the Democrat Party is as big a bunch of sleaze as I have seen in the 30 years I’ve been doing this.  And I’m counting some years in Sacramento to get to 30 years.

They have become unhinged.  They have become even more deluded and deranged than they are normally.  They have given to just outright lying.  There is journalistic malpractice going on.  The first lady of the United States, who in all of this we are constantly told is the epitome of class.  No matter what else, this Regime and the Democrat Party, no matter what kind of murk and muck it’s swimming around in, we are told that Michelle (My Belle) Obama is, what, Mr. Snerdley?  Classy, the epitome of class.

MICHELLE:  Yes, I do, because we feel the difference now.

MICHELLE:  See, now we’re feeling what not having hope feels like.  You know, hope is necessary.  It’s a necessary concept.  And Barack didn’t just talk about hope because he thought it was just a nice slogan to get votes.

MICHELLE:  I mean, he and I and so many believe that if you — what else do you have if you don’t have hope?

RUSH:  Yourself, for crying out?  What do you mean, hope?  Don’t get me started. Folks, I am so on edge today, I’ve about had it with these people and everything else going on here.  I’ve got to rein in what I actually want to say about this bunch.  “If you’ve lost hope, what else –” for the first time in eight years, Mrs. Obama, we have some damn hope!  For the first time — I’m sorry, folks.  I’m at my wits’ end with these people.  Let’s go back and listen to Mrs. Obama February 18th, 2008.

MICHELLE:  Let me tell you something.  For the first time in my adult lifetime I’m really proud of my country.

RUSH:  I guess it only lasted eight years then.  So your husband gets nominated, first time in your life you’re proud of your country, and after eight years of your husband we have no hope.  That’s the way to look at it.  After eight years of your husband and you, we have no hope.  Sorry.  You might not have any hope, but a whole slew of us are damned excited and filled with hope and optimism and unbridled we-can’t-wait-to-get-start-ism.  No hope.  How in the hell does that inspire anybody?  And it doesn’t, and that’s the key.

So you can say good-bye to any remaining vestiges of class.  The media threw away whatever class they had years ago.  Obama’s class has always been an illusion clouded in faculty lounge, lizard lounge talk, and Michelle Obama’s class has actually been told us by the media that it exists, but this is clear evidence that there isn’t any.  There isn’t anything that’s real.  Everything on the left is a fraud.  Everything on the left is a lie.

These people are not even small-d Democrats anymore.  They are statists; they’ve always been that.  They’re authoritarians, and they think that they are entitled by birthright or whatever else to power.  They’re deranged, and they’re getting worse.  They are not able to accept this.

CALLER:  Rush, hi.  It’s an honor and a privilege to speak to you.

CALLER:  I just wanted to ask you to give Michelle a little break.

CALLER:  Yeah.  I mean, you know, she has what we call in the psychological services a projection.  She’s projecting her insecurities on everybody else —

CALLER:  — and she can’t help herself, Rush.

RUSH: You want to cut her some slack on that?

CALLER:  But I thought you might get a little kick out of it.

RUSH:  Well, you know, I would, too, normally except this is the one person in the administration that nobody doubts.

RUSH:  She’s the one person, by every indication we’ve got, who has credibility, honesty, class, integrity.  Now she’s out… Look at this, eight years ago, “First time in my life I’ve been proud of my country,” when her husband is gonna be nominated.  Now after eight years of her husband, she’s without hope.

CALLER:  Well, it just goes to show what kind of a deep-seated insecurity that she has, and most of the Democratic Party is in the same boat.  It’s sort of like a reality show. You know, I wake up in the morning, and I listen to the news, and I think to myself, “This is just too surreal to be believed.”  But yet, there it is.

RUSH:  Even you think the outcome of the election is surreal?

CALLER:  Oh, I love the outcome of the election.

RUSH:  Oh, you don’t think it’s surreal.  I thought you said even you can wake up. you think that.

CALLER:  Oh, no, I think that the whole Democratic Party, their platform and all the individuals — 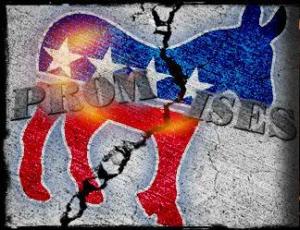 RUSH:  It’s called liberalism, and it’s a mental disease!  There’s no question.  That’s the underlying… What kind of iPhone do you want, iPhone 7 or iPhone 7 Plus?

RUSH:  Right.  Okay, who’s your carrier out there, Ed?

RUSH:  Verizon.  You have a color preference?

CALLER:  I’m getting it for my wife, so rose gold.

RUSH:  Rose gold.  If I don’t have rose gold I’ll send you a gold one.  I might have given away the last rose gold I’ve got. But gold is just as pretty.

RUSH:  You’re more than welcome.  Hang on so we can get your address.  Every caller today get their choice of a brand-new iPhone 7 or iPhone 7 Plus.  This is the fourth week of this.