RUSH: Have you heard that Carol Costello’s leaving? Oh, my God, she’s betraying feminism like I can’t believe.

That’s right. She’s following her husband! Who would have thought that would ever happen? Carol Costello, who used to be assigned to stalk this program when she was a reporter at CNN, then they made her be an infobabe anchor. So she has been anchoretting in the morning, and now the news was that her husband got a really cool job out in California, and so she’s gonna follow him out there. That reminds me of when Pat Schroeder started crying on her husband’s shoulder when she announced she wasn’t gonna run for president in 19… 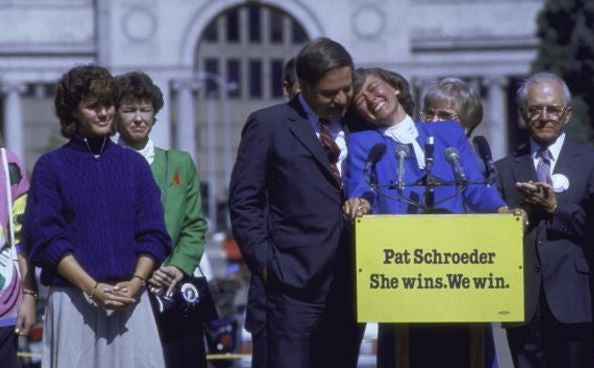 I guess it was ’80 or ’84? Yeah, ’84, Patsy Schroeder, congressperson from Colorado, was thinking about running, and she did all kinds of focus groups and polling. She was a big feminist, and she decided that she couldn’t win. She’d been told by her focus group research she couldn’t win, and she announced that she was pulling out and broke down in tears and ran to the arms of her husband. Up ’til then, nobody knew she had one, and I remember there were stories, folks… (laughing) Feminists wrote stories about how she betrayed them by crying over the simple fact that she was not gonna run for president.

And then the insult: She ran to the arms of her husband. (interruption) Weeeell… (interruption) Well, yeah, but that… (interruption) I was still in Sacramento then. That was 1984. I hadn’t started the EIB Network yet. What you’re thinking of is our all-time favorite Pat Schroeder story. I was invited to speak at GOPAC, which was a group that Newt Gingrich founded. This would have been 1992 or ‘3, ‘4, somewhere in there. No, it might have been ’95 ’cause the budget battle. That’s right, the budget battle of ’95 was going on.

And at the time these phantom school lunch cuts, the Democrats were accusing Republicans of starving kids. (laughing) Think back to that now, how we took that all, had to take it seriously because the media seriously reported that Republicans wanted kids to starve because that’s what the Democrats said? Patsy Schroeder, Pelosi was in the group there, Diane Feinstein. They were all running around saying, “Republicans want to starve kids.” And there was also they were making the argument that the Republicans were so mean-spirited that they were making seniors… (laughing)

They wanted to cut Social Security Medicare (which is what the Democrats always accused Republicans of), “Forcing our seniors to choose between dog food and medicine.” So when I spoke at GOPAC, I welcomed them. I thanked them for having me, and I told them that I was up to speed on the current debate, and that I had decided my mom was gonna get the dog food, but that I was gonna do something for my mom. I was gonna buy her a new can opener so that she could get to the dog food easier. The place erupts in laughter, as was intended. Pat Schroeder went to the floor of the House of Representatives and started talking about what I had said!

(impression) “And there at GOPAC, the big kahuna, Rush Limbaugh, actually said that he was gonna give his mother the dog food but that he had a special present for her. He was gonna get her a new can opener! Wow. There you have it. That’s who they are.” I happened to see that live, and I split my gut open laughing, ’cause she fell for it! You know, it kind of sets this up. I mean, who do you have to be — how tightly wound do you have to be — to not recognize (laughing) that a son saying he’s gonna give his mother dog food but with a special present, a can opener…?

They think they are so uniquely qualified to represent, to speak for the United States of America, that when somebody like Trump comes along, they can’t process it. Their sensibilities are offended, and the earth quakes underneath their feet. And they’re totally humorless. I mean, literally not a single shred of a sense of humor anywhere in these people. So this bite, CNN Newsroom today, Carol Costello selling out feminism… By the way, she’s gonna continue working at CNN, but she’s going to Headline News. She’s going to the baby channel to follow her husband. 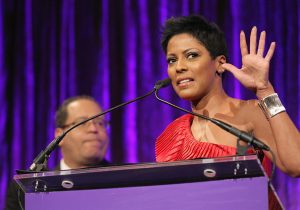 Carol, just remember what they did to Pat Schroeder as you embark on this. (interruption) I saw what NBC did to poor old Tamron Hall. But Tamron Hall, let’s face it, I remember watching Tamron Hall. Maybe I better explain this. There might be people that don’t know. Anybody out there ever heard of Megyn Kelly? Wendy, do you know who Megyn Kelly is? (interruption) Okay. She used… (laughing) She used to work at Fox, and then NBC came along and they hired her away for a big amount of money. But she has a contract that lasted until June or July with Fox, so she’s unable to appear until that period expires. It’s called a noncompete. 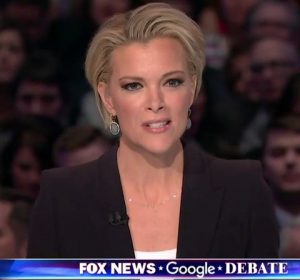 So she can’t appear anywhere until June or July. Well, the news is that NBC, who hired Megyn Kelly, is gonna put her on NBC in the first or second hour after the Today show. So the Today show goes seven to nine a.m. and then the first hour is nine to 10 and the second hour is 10 to 11. And in that mix you’ve got Kathie Lee and… uh… “Yoda.” You have Al “Joker” and Tamron Hall. And Tamron Hall is a woman of color. She is African-American; she’s from Chicago.

I happen to know that because I saw her going nuts over Obama back during a 2008 campaign when she was at MSNBC. I know who this babe is. So she’s being displaced by Megyn Kelly. Megyn Kelly is gonna be hired and Tamron Hall is out, and they didn’t tell her. They gave her 30-minutes’ notice before they made the announce. So she quit, leaving a bunch of money on the table at NBC. Al Joker”very upset. He’s not quitting, though. They don’t know what’s gonna happen to Kathie Lee & Yoda. But they’ll probably end up in the third hour or whatever. But they’re setting up for Megyn.

I’m just kidding. Feminists, don’t come down on me for that. Just a little Trumpian here, just having a little laugh. But Carol Costello, she is, she’s following her husband to California. No, they haven’t had a stalker since she got the anchor beat. I don’t think they’ll assign a new stalker. They’re too busy with fake news on Trump.