Poll: Majority of Democrats Think Christianity Is as Violent as Islam

RUSH: New CBS poll shows that a majority of Democrats considers Christianity as violent as Islam. “Sixty-six percent of Democrats believe when it comes to other religions such as Christianity, Judaism, Mormonism, et al, they are responsible for just as much violence as Islam. Only 14 percent believe Islam is more violent, which totals out to one out of seven Democrats. Meanwhile, Republicans have few qualms with calling Islam a more violent religion than the others with a majority 63 percent.” 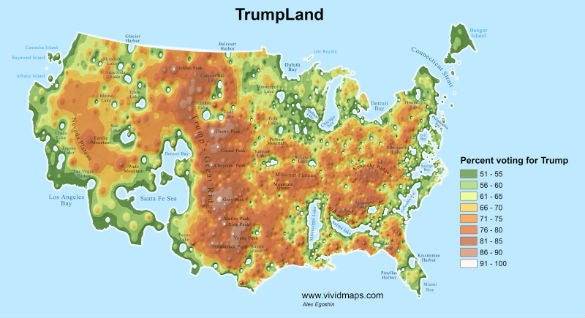 Now, Democrat is a regional party now. It is a regional political party. You ought to see a map of this. Stunning. It’s called vividmaps.com. We’ve already posted them at RushLimbaugh.com. It’s literally parts of the Left Coast, parts of Texas, parts of Mississippi, south Florida, and then up the East Coast and a little circle there in Chicago, and that’s it. 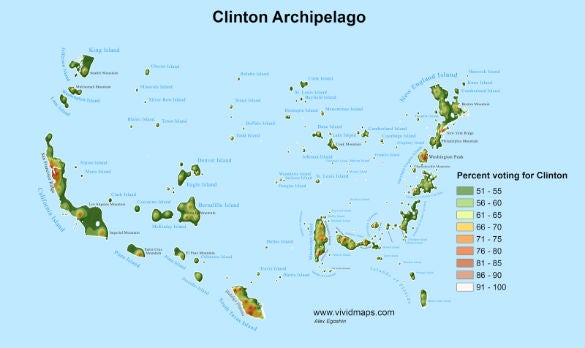 Something like 300,000 square miles of this country is Trump country. Now I’m getting them confused with the counties. It’s just massive. They are a regional party now and they’re located in liberal enclaves on the coasts. But this idea that Christians are more violent or as violent as Islam, where does that come from? Where do these Democrats hear that, do you think?

And Trump keeps winning. Betsy DeVos? She’s confirmed. I mean, the Democrats threw everything they had, and they couldn’t stop her. They’re gonna try to make her life miserable, but they could not stop her. You know, Sessions and all these other people, DeVos is who they really wanted stopped because of their control over the education system, and this now stands to be upended, and Trump just keeps winning. No matter how it looks, no matter what the reporting, Donald Trump keeps winning.

His cabinet nominees are being confirmed. He’s gonna get Gorsuch confirmed to the U.S. Supreme Court. We’re only on day 17 here. And at some point, folks, the Democrats can’t continue this illusion that they’re winning here. They’re losing their shirts. They’re losing to Trump. They are losing elections. In their minds, they still run the show. They’re still the dominant party. They still control most of the thinking. They don’t! They’re living an “illusional” lie — and at some point it’s gonna hit home.

It’s not gonna be pretty when that happens. They’re in utter denial right now, and all of this unrest and all these protests are designed… Well, there’s many purposes, but one of them is for them to teach or to show themselves that nothing’s gone wrong, that they still are the majority of thinking, that they still control events, and that they can still get what they want and they can deny others what they want, and they’re living a lie. They are living a delusional lie, a bunch of ’em.