RUSH: I had this story yesterday and I didn’t get to it. It’s a Bloomberg story based on an op-ed in the Wall Street Journal by James A. Baker and George Shultz. Now, these two guys date back to the Republican Reagan administration. They are considered Republican royalty. They are called even by the Drive-Bys, they have so much respect now, they’re called elder statesmen in the Republican Party. And according to the Drive-Bys, Democrats, the Republicans don’t have any statesmen, period, but these two guys have written an op-ed pushing a carbon tax.

And they had a meeting with Trump officials in the White House to push a carbon tax. A group of prominent Republicans and business leaders, including former Treasury secretary Hank Paulson and James Baker, will meet with some of Trump’s top advisers to the White House — it actually took place yesterday — to push a plan to tax carbon dioxide in exchange for lifting a slew of environmental regulations.

A tax on carbon dioxide. We exhale carbon dioxide. A carbon tax. “Unlike the current cumbersome regulatory approach, a levy on emissions would free companies to find the most efficient way to reduce their carbon footprint,” said James Baker and George Shultz in a Wall Street Journal opinion article on late Tuesday. “A sensibly priced, gradually rising carbon tax would send a powerful market signal to businesses that want certainty when planning for the future. The proponents are set to formally announce their proposal Wednesday,” which they did, “at the National Press Club lending their stature to an approach for addressing climate change that mirrors an idea already advanced by ExxonMobil.

“The self-dubbed Climate Leadership Council pushing the framework says that a carbon tax is necessary to respond to, ‘mounting evidence of climate change that is growing too strong to ignore.'” Folks, James Baker and George Shultz, Republican royalty, now on board with this whole idea that there is manmade climate change that we’ve got to get ahead of. There’s mounting evidence growing too strong to ignore, and we need a carbon tax. We need a worldwide — this is the key to it — a worldwide carbon tax administered by the United Nations. And they’re talking about 20%.

A carbon tax is a tax on every fossil fuel there is and any emission deriving therefrom. It is an endless way to separate people from their money and all you have to do to incur it is live. You cannot go through your life without using carbon. We are carbon. The human body is carbon. I first heard of a carbon tax — and I’m sure it predates this — it was one of the first things Bill Clinton proposed after he was inaugurated in 1993. But why this is news, these are the most prominent Republicans to get on board this whole idea that there is now mounting evidence.

I’m telling you, this is a worldwide effort that has a worldwide taxation purpose. And the thing about a global tax, one that’s administered by the UN and that every citizen in the world, give and take a few, is forced to pay, that kind of tax is never undone. That kind of tax is never repealed. And these regulations that they claim they want to get rid of, that never happens, either. Oh, they might get rid of some regulations at first, but they’ll be back. The regulations will be back, because that’s just the way bureaucracies work. I read this, I was beside myself in shock. I was surprised. I guess I shouldn’t have been. 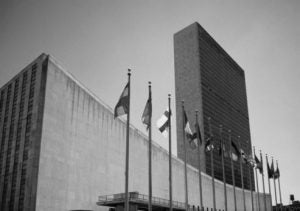 Dire consequences. We can’t afford to take the chance that we’re wrong. We must assume that we are right and begin immediately on the steps necessary to save the planet. And step number one is a tax increase. If this doesn’t lay bare the entire phony, hoax nature of all this, I don’t know what would.

Right here from the story: “The plan faces strong political headwinds; both Trump and a majority of the House of Representatives have come out against a carbon tax in the past year. Trump also has pledged to do away with environmental regulations limiting emissions of carbon dioxide,” without a carbon tax. “But the idea of a carbon tax, long favored by economists as the most straightforward way to address climate change, could gain traction as part of a broad tax overhaul on Capitol Hill.”

The thing is, it’s not a climate proposal; it’s a tax proposal. It’s a tax increase that is disguised as something that’s going to save the planet. It’s hideous. Thomas Pyle, head of the free market advocacy group American Energy Alliance, said, “This is not a climate proposal. It’s a tax proposal. There is no need to trade Obama’s climate regulations for a carbon tax.” Donald Trump’s already promised to undo them anyway without a tax. But they got into the White House, and they had a meeting. It wasn’t with Trump, but with Trump officials.

Now, a lot of people have gotten in there. You know, and Trump went and talked to the New York Times, and he told ’em what they wanted to hear on climate change, but when he left, he had not changed. So I’m not worried about that. The all court press now, the full-court press is on with Republican royalty now joining this. And these people, by the way, are all involved in the oil industry.

RUSH: Now, in this story on prominent Republicans pushing carbon tax, listen to this, this one sentence. “But the idea of a carbon tax, long favored by economists as the most straightforward way to address climate change.” What in the name of Sam Hill do economists have to do with addressing climate change? Don’t think these words are not carefully chosen.