Slate: Secondhand Smoke Isn’t as Bad as We Thought

RUSH: Now, this is a story from the publication Slate.com, and here’s the headline: “We Used Terrible Science to Justice Smoking Bans.” Secondhand smoke isn’t as bad as we thought, and this is a bunch of leftists health Nazi types. These are the environmentalist wackos and health that basically think human existence is destroying the planet. These are people that really think the surest way to save the planet is for there to be many, many, many fewer humans — only a select few elite smart ones, and other than that get rid of everybody ’cause they just…

They do nothing but take and destroy and plunder and pollute. And I’m not making it up! Many on the left think that, and it’s particularly in the environmentalist wacko movement, which we have been chronicling here for three decades. And, folks, this secondhand smoke ban, or this secondhand smoke theory… We found… This goe way back in the 1990s. The United Nations/World Health Organization did a multiyear study with many, many thousands of people and they found there was no relation — I mean, absolutely no relationship — between secondhand smoke and cancer.

But you don’t even need a study. Common sense! Common sense would tell you. This is not to say secondhand smoke is not uncomfortable and it’s not to say that it doesn’t stink. It’s not to say that there’s nothing beautiful about, but it’s not deadly. It never was dead. In fact, it doesn’t even make people sick. There was no documentation that people were actually made sick by it. But it was because of the secondhand smoke bogus studies that these Draconian smoking bans were in place. Now, I know nobody cares about it now. I mean, the smoking bans…

“You can’t smoke anywhere” is accepted, and nobody has a problem with it. It’s one of those little bastions of freedom that we willingly said good-bye to. You want to hear something interesting? I told you I went to an annual cigar dinner down here last week. It was at the Old Palm Golf Club, Marvin Shanken Cigar Aficionado magazine sponsored it. I love going to these things. I love meeting the cigar guys, cigar manufacturers. Do you know the cigar fad took place in the early nineties and Cigar Aficionado was born — and I, of course, began touting them on the air.

Those two things led to a massive fad, as it were — you know, four- or five-year period where everybody was smoking cigars and you could smoke ’em publicly, in bars and restaurants. I remember going to dinner at 21 in New York and after dinner lighting up a cigar. And only one time… You want to hear this? Only one time did a patron sitting close by complain. Do you know what they did? They moved him! They didn’t move me, and they didn’t ask me to put out the cigar. They moved that guy. There was only one complaint.

“Fine, sir. We’ll move you over here,” and they moved him to a different part of restaurant.

Well, I’ve mentioned a couple of golf clubs where you can smoke anywhere, and I love… You know, the bans, smoking bans are everywhere, yet people are finding a way to smoke them, is the point. But just so you know, secondhand smoke, we told you about this 20 years ago that it was much ado about nothing. You’re not gonna get cancer from secondhand smoke. It might make you uncomfortable, you might hate the smell, but it’s not gonna make you sick. And it still won’t. Now, people were talking themselves into being sick.

RUSH: I want to grab Steve in Oklahoma City, ’cause I happen to agree with him here. Steve, welcome to the Rush Limbaugh program. Great to have you here, sir. How are you?

CALLER: Oh, gosh. What an honor. What an honor. I listened to you since day one, and I can’t believe I’m finally talking to you. I’m 70 years old and I used to smoke cigarettes for about 40 years and quit quite some time ago, and would you tell me why it’s okay to smoke marijuana that smoke doesn’t bother you, but secondhand smoke is the worst thing you can possibly do? And I have one or question to ask you.

RUSH: Well, okay, don’t lose your train of thought there. But obviously you can answer your own question. You’re just trying to set me up to look good because you think that’s what callers are supposed to do, but you can answer the question

CALLER: I think I can, but I’d like to hear what you have to say. (chuckles) 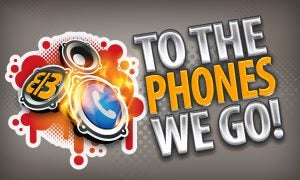 CALLER: Okay, I’ve got a 20-year-old granddaughter that’s nine months away from graduating and going to become a third grade history teacher.

CALLER: If I can only afford to buy one of your books, which one of the books would you recommend I buy for her?

RUSH: The first one. Because after that, she’s gonna want the other four (chuckling) and she’ll go out and get them.

CALLER: I looked at ’em, but… They’re great books, but I kind of waiting around, maybe somebody put ’em on eBay at a reduced price.

RUSH: Well, they’re not that expensive, and also for her it would be a business expense if she has a deduction.

RUSH: Anyway, your question about secondhand smoke and marijuana and so forth: It’s clearly the way to demonstrate the pure, total hypocrisy of the anti-freedom left. Because here you have on the one hand you’ve got cigarettes and you have Biiiiig Tobacco, Big tobacco corporations. That is all you need if you’re a leftist to be filled with rage and hate. Then you hear the surveys and the studies that secondhand smoke kills and that Big Tobacco lied and they’re getting rich off of killing their customers. So you hate them; you despise them.

But then you get introduced to marijuana as a leftist anti-freedom fighter, and you happen to love it. But it looks like a cigarette (without a filter, by the way) and you love smoking it! And when you take a hit off a doobie, you are supposed to hold that baby in. You suck it in there, and you hold it as long as you can! Which, if measured against cigarette smoking, is even worse than the way cigarettes are smoked. They’ve got a filter on there, even though doesn’t matter, and they take their drawers and they exhale, and that leads to death on the part of the smoker and anybody nearby ingesting secondhand smoke.

“There’s no carcinogens in there, and there’s no corporation behind marijuana. There’s nothing evil about it.” But then you have this lingering problem out there, secondhand smoke. It kills. The left, they scored big dollars on that, major lawsuits against Big Tobacco. They got tobacco banned everywhere. They got all kinds of success story on a lying proposition that secondhand smoke kills, causes cancer. Well, marijuana smokers, after they blow it out, they run around the room trying to re-inhale it.

I mean, they’re sucked on the doobie, then they suck on the secondhand smoke, and now they’ve got a problem because why doesn’t that cause cancer? Well, guess what? (chuckling) There’s a new survey, and the first survey about secondhand smoke, damn it, it was all wrong! There’s not a thing to worry about with secondhand smoke. It’s perfectly timed for now what appears to be the uptick in legalization of marijuana, and so none of the things that attach to cigarettes — i.e., tobacco, Big Tobacco, big corporate, and so forth — apply. 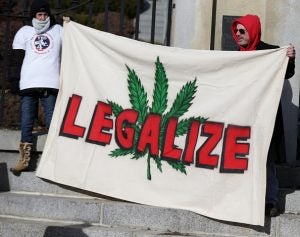 I can’t wait ’til an R.J. Reynolds (laughing) or a Philip Morris or somebody buys a series of marijuana farms and starts selling marijuana instead of some local hippie, you know, in a tie-dyed sweatshop in Denver. (laughing) Wait ’til Big Corporation ’cause you know it’s gonna happen. And then they’re gonna be flummoxed because they’re gonna want to smoke their Mary Jane but they don’t want to be patronizing evil Big Tobacco at the same time.

Or if some of these little tie-dyed independent contractors happen to grow to corporate status, and then when they start uniformly taxing this. I mean, if you’re gonna tax carbon, how do you not tax Mary Jane? So there’s a lot that’s in store for them that they don’t like. I mean, the things that they have done to successfully stigmatize cigarette smoking are all applicable to smoking marijuana. You’ve got to ignore holding it in. These are carcinogens and other things in your lungs.

Now, I know the marijuana people, “No, there’s not a single carcinogen in marijuana, it’s been studied, I know.” In fact, I saw George Stephanopoulos say that there isn’t any carcinogen at all in marijuana. I’m just making that up, but, I mean, he’s one of their source authorities, since we’re talking about him today. But that will be up to you to believe, no carcinogens in marijuana, you can smoke that, you can suck that in, you can hold that in your lungs as long as you want and then you can exhale it and all that secondhand marijuana smoke, harmless, totally harmless, have at it. Blow it out on your dog, blow it out on your cat, it’s harmless.

It’s a genuine conflict that they’re gonna have to come up with some sort of assistance with, and that’s what this secondhand smoke, the new survey, “Hey, guess what? We were wrong. There isn’t anything bad about secondhand smoke.” It’s so easy to see where this is coming from. Steve, hang on. Mr. Snerdley will get your address here. We’ll send your daughter the books. It’s worth it. It’s worth it. If your daughter is gonna become a history teacher, it’s too important.

RUSH: No, I did not say tweezers. The staff here is joking that I said tweezers when you got one-eighth of your doobie left. No, I would have said roach clip if I would have said anything. Other people are writing, “You seem to know an awful lot about smoking marijuana.” Look, I know a bunch of, in my life, people that have done that. I’ve witnessed a bunch of this stuff, folks. I’m not gonna sit here and deny that. Anyway, another brief time-out with continuation here on the other side.