He is Alexander Acosta. He’s obviously Hispanic. He clerked to Supreme Court Justice Samuel Alito. He’s a former member of the labor board. That’s the primary purpose. Now, I don’t know if Trump’s gonna take any questions outside of this. I only see one podium there, so they’re not gonna give the labor secretary his own podium. 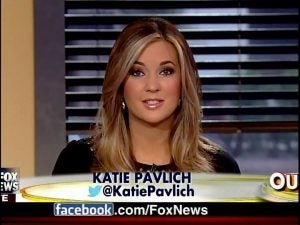 Folks, it is hilarious, the Drive-Bys are up in arms. They’re claiming that Trump is destroying the conversation by not calling on ’em. At the press conference yesterday with Bibi Netanyahu, the president called on Katie Pavlich of Townhall, who, by the way, is a Never Trumper. Katie Pavlich, she doesn’t like Trump, she never has liked Trump. I don’t know if she’s moderate on Trump now.

My brother knows her very, very well. I’ve never met her, but, apparently, she’s a Never Trumper and hasn’t moderated much and so Trump called on somebody that doesn’t agree with him. She’s from Townhall, the editor-in-chief there. And then he called on somebody from the Christian Broadcast Network, and the Drive-Bys, ABC, NBC, CNN, CBS, they are just livid. Trump is violating the Constitution by not calling on them.

So I went to the Constitution and I looked at the First Amendment, the freedom of the press part. And I looked, I can’t find where it says presidents have to call on CNN. And I didn’t see the constitutional requirement that presidents call on NBC, CBS, or ABC.

I wouldn’t expect you to remember this, but I remember early on in the Obama administration, do you remember the first two or three months he would have these workshops at the White House in the big room, I think it was the East Room. He’d have like a summit on jobs and then a summit on Gitmo and a summit on this, a summit on that, and he would bring in a bunch of academics and media — well, not too many media types, but he would bring in specialists and he’d have a group in all the four corners of the room. And they would work for two or three hours, say, on jobs. And at the end of the day they would report to Obama and the problem would be solved.

There’d be a two or three hour job summit and they’d all tell Obama what they’d done, what they talked about, what brilliant ideas they’d put on paper and then Obama would announce another successful jobs summit and everybody, “Oh, man, this guy is really cool, we fixed jobs!” Well, Friedman was at one of these things. I said, “Friedman?” He’s a columnist. He believes that the ChiComs are setting the pace for the world. I never understood something about Friedman. Friedman believes in climate change, believes that the U.S. is destroying the world, yet you go to China and you’ll die from pollution, and yet he loves these people. 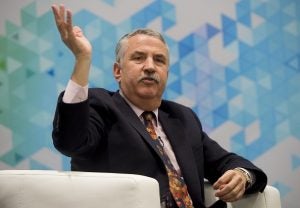 At any rate, I’m asking myself, “What’s Friedman doing there?” It was typical. Folks, this was your average egghead establishment academic theoreticians that have never gotten their hands dirty, much less dirt under their fingernails unless it’s playing golf, getting your tee out of the ground, that’s it. And Obama, they had cameras and they’re televising some of this, and Obama is traveling the entire room, he stops in one corner and visits a group there, and they look up admiringly at him and report their progress.

“Yes, Mr. President, we’re having a great conversation here on jobs. Many, many ideas are being circulated.” Obama, “Very good, very good.” And he’d go off to the next corner and talk to the next group, and Friedman was in one of those groups. I said, “What’s he doing there?” They all thought they mattered and they all thought they were making a difference. But more than that, there’s a term for this that I cannot say on the air. You’ve heard of the term. It’s… The first word is “star” and the last word describes an act that in some instances produces a child and in others produces an abortion.

So you have the star or the celebrity or whatever, and I thought, “This is a room full of these people, and at the end of the day they haven’t done diddly-squat. But they really are feeling special, like they really matter.” It was classic liberalism: Think about something, talk about something, hold hands, sing kumbaya — and at the end of three hours of this, think that you’ve solved a problem.

And so Friedman comes out with this piece yesterday comparing the election of Trump to the attack on America with 9/11 with 3,000 people died and the attack on Pearl Harbor, and I’m thinking (chuckles), “Jeez! All you can do is just laugh at this stuff.”

RUSH: Grab sound bite number six. The Drive-Bys are miffed that Trump is not calling on ’em. Trump is gonna take questions beyond the subject of his new labor secretary. We have a montage of the media expressing their anger at Trump not calling on them.

BROOKE BALDWIN: President Trump avoiding some of these tough questions we just alluded to, right, by calling on only conservative outlets again today. How much longer can he keep up this, uh, strategy with the media?

GRETA VAN SUSTEREN: For the third time in a row at a press conference, President Trump called on only reporters from conservative news organizations. He’s avoiding the other networks.

CECILIA VEGA: …mainstream reporters who were clearly not happy with the fact that in this press conference did not call on mainstream news organizations, is leaning heavily on calling on conservative outlets. It’s not because we’re complaining as journalists — 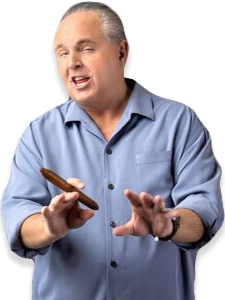 CECILIA VEGA: — but they’re cherry-picking the questions, basically. They’re not getting tough questions.

ALI VELSHI: Will he stay concentrated, as he has been doing, on reporters from conservative outlets who are not asking him the pressing questions?

JIM ACOSTA: All of the questions have been handled by conservative press, and I — I think, Wolf, there’s no other way to describe it but, “The fix is in.”

RUSH: How juicy is that? A Drive-By journalist whining and moaning about the fix being in because he’s not being called on. As I pointed out, Katie Pavlich was called on from Townhall. She’s not a Trump supporter. It’s just she didn’t ask him about Flynn. “That’s the only thing that matters, don’t you know? Flynn! What did Trump know and when did he know it? It’s all that matters! It’s all that matters! And if nobody asks him that, then journalism didn’t really happen,” and if journalism didn’t happen, it means nobody tried to destroy Trump.

And that is what they are upset about.