RUSH: Let’s go to audio sound bites — let’s see — one and two. Remember the name Tony Shaffer? Tony Shaffer, former CIA analyst. He was on the Fox Business Network, a program called Risk & Reward, Elizabeth MacDonald, the host. And they were talking about the resignation of Michael Flynn. This was Wednesday night. And Elizabeth MacDonald said, “There have been leaks about phone calls with the president and leaders of Australia and Mexico as well as the investigation into the Russian alleged interference and the hacks into the DNC. Are leaks by Obama officials a problem?”

SHAFFER: Absolutely. And I put this right at the feet of John Brennan and Jim Clapper, and I would even go so far as to say the White House was directly involved before they left. I’d put this on Ben Rhodes and those folks. Let’s be clear on this. I’ve watched this very carefully, the coverage, and when you have NBC reporting that they’ve talked to six officials who have seen the transcript, someone is basically giving away both sensitive methods — the fact that they read a communication that was intercepted by sensitive methods — and, more importantly, that they’re saying that they saw this information which was beyond top secret, which tells me that clearly someone had to have access to that, and that is a key issue.

RUSH: I just want you to understand what this is. This is Tony Shaffer, a former CIA analyst, saying that it is Obama officials in the shadow government who are leaking all of this. We know that the… Well, Obama and his team were investigating Trump all through the campaign. But I want to take you back to I think it was September last year where Barack Obama assured everyone that… The White House put out a bunch of statements (I think Obama even said it on TV) that the Russians did not have and were not having any kind of an impact whatsoever on the election and on American voting.

And they did this for a host of reasons. They wanted to, A, you know, make it look like they’re fully competent and aware of things and they didn’t… They expected Hillary to win this, folks. You go back to September, you go about a being to August, you go back to October. They expected Hillary Clinton to win this in a landslide! The last thing they wanted was anybody thinking the Russians were helping her. They didn’t want Hillary’s win to be tainted in any way. So Obama very publicly reminded everybody that these stories about the Russians hacking were not having any effect whatsoever. 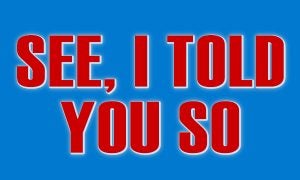 I could probably come up with it with a couple of blind stabs in the dark as to what they were doing. You might say, “Well, they had to cover themselves. Maybe Hillary blows up and loses and they have to have a way to discredit Trump’s win for the sake of the Democrat Party, not just Hillary.” But regardless, they have been invest… My point is, they were investigating Trump and his alleged ties and his campaign’s ties to the Russians all during the campaign for the purposes of messing with the election. And there’s no evidence, folks!

Nobody’s produced any evidence. The FBI finally… They’ve heard the transcript of the Flynn call, which Mr. Shaffer here was just talking about. That transcript should be released because it’s being cherry-picked now. It’s being excerpted, much the way 60 Minutes edits interviews. It’s being cherry-picked. That transcript could be fully released. People who’ve heard it are admitting, “Flynn didn’t do anything here. We can’t find any evidence whatsoever.”

In other words, CNN’s reporting that Flynn may not even be charged with anything here! That’s how little they’ve got. They got a scalp — they got a scalp — but they don’t have a shred of evidence that this election was anything other than aboveboard. And here’s Mr. Shaffer now acknowledging that Obama deep state operatives are the ones leaking all of this stuff.

RUSH: One more bite from Tony Shaffer. Again, this is Wednesday night on the Fox Business Network with Elizabeth MacDonald. She said, “Would you support a bipartisan push about Republicans and Democrats demanding an independent probe into Flynn? Do you support that?”

SHAFFER: Oh, yeah, because the fingers that they’re going to finding are pointing back at the former White House and some Democrats. The Democrats have been behind this, and I would go so far as say some of the Republicans have also been involved in some of the leaks. So bring it on. I think it’s a good idea, and I think like we saw in the Detroit recount when they were recounting Michigan’s votes, turned out to be voter fraud in all these Democrat precincts. I think it’s what we’re gonna find here, so go right ahead.

RUSH: So he’s saying don’t be afraid even if it’s a bipartisan investigation into Flynn because what they’re gonna find out is who did it, and they’re gonna find all these Obama career people in the deep state in the bureaucracy, the unelected portions of the bureaucracy. Just like when Jill Stein went out and started her recount to try to prove that there was election fraud, they found out that it was Trump who had been cheated out of votes, not Hillary.

It’s not all the Republicans. I think Walter Jones of North Carolina is one, but these guys, you know, they live the formula that Republicans have lived in Washington for all these many years. And that is constantly on defense. They’re always, in their minds, gonna lose, and when the media gets this fevered about something, you don’t stand up to ’em. You cave. You go along with it just to keep yourself out of the crosshairs.

And Shaffer’s saying, “Yeah, I don’t mind the investigation, but I’m not afraid of it for that reason. I think we’ll find out who actually was behind all of this, because it’s illegal.” And he clearly expects that a legitimate investigation would expose many of the Obama holdovers that are actually engaging in an effort to sabotage the Trump presidency. And the media is fully on board with that.